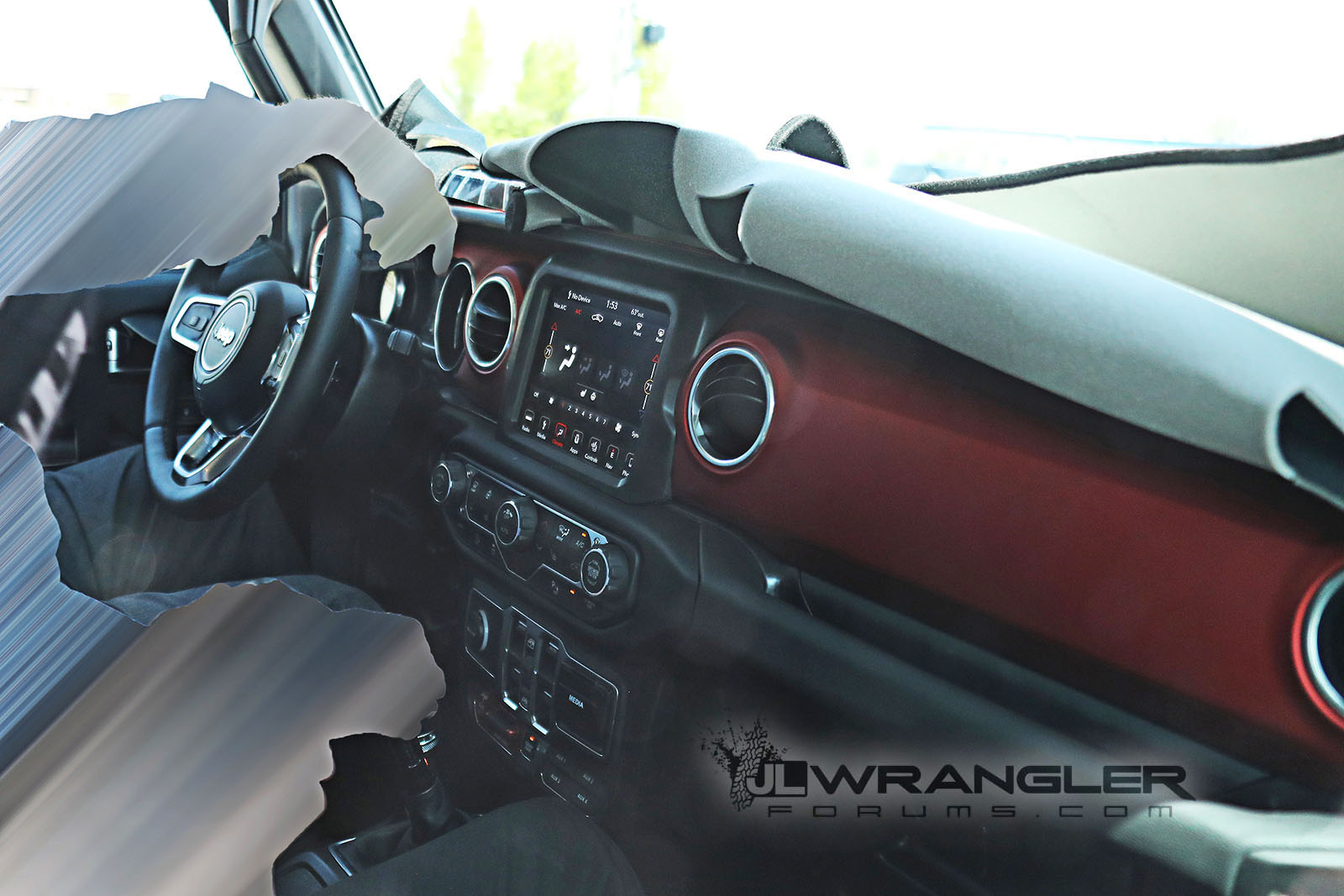 The all-new 2018 Jeep Wrangler is not expected to debut until the end of the year. Spy shots have uncovered exterior elements, but the interior has thus far remained something of a mystery. Not any more. Pictures on JL Wrangler Forums show the new SUV’s interior in all its glory. 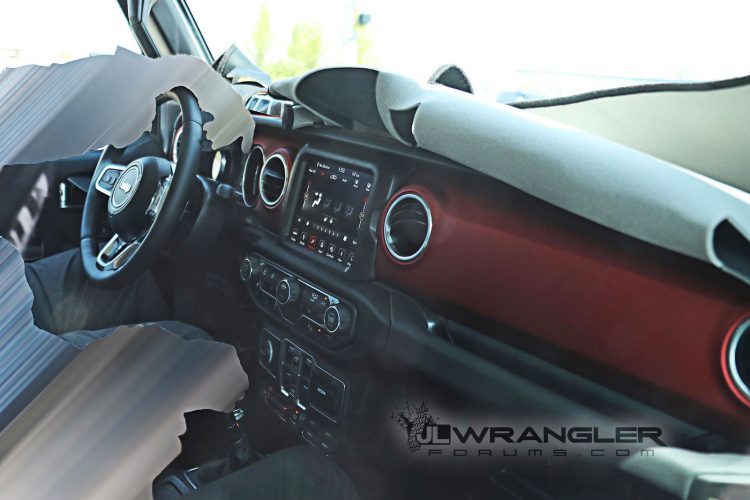 Compared with today’s model, it is a thoroughly modernised affair. It maintains its upright dashboard, but two large horizontal metal trim panels take pride of place, with a large colour touch-screen in the middle. Circular vents and instrument binnacles are neatly integrated into the driver’s side, with an anodised finish available.

Below the Uconnect touch-screen is familiar Chrysler switchgear for the climate control system, that coalesces into a more well-integrated grab handle than the protruding item of the outgoing vehicle.

Power window switches remain on the centre stack, with manual transmission and a rotary dial for the switchable 4×4 system evident in the snapped prototype.

As previously reported, the new Wrangler is expected to adopt aluminium panels, an evolutionary yet more aerodynamic design and a range of new engines, including a turbo four-cylinder, 3.6-litre Pentastar V6, and a turbo-diesel, with an available eight-speed automatic.

We will keep you updated with the next Jeep Wrangler as information comes to hand. Production is set to get underway in November. 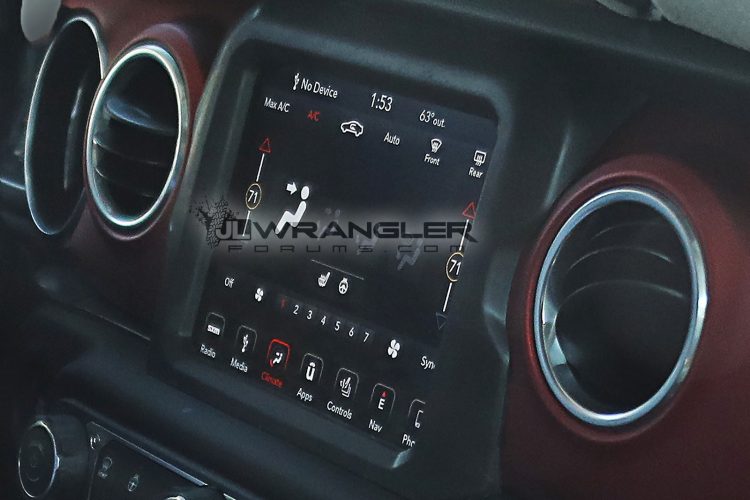