Bentley has revealed a bunch of cool new sketches of the Bentley Mulsanne Convertible concept car it plans to unveil in the near future. The concept may spawn a production version if it is well received.

The Bentley Mulsanne Convertible concept is being designed focusing on driver enjoyment. Engineers are working on enhanced sharpness and steering over the Mulsanne sedan, and are even looking to add a ‘sport’ driving mode to firm up the suspension for more active handling.

Up front the Convertible is expected to receive the same powertrain as the sedan, including the 6.75-litre V8 petrol engine producing 377kW of power and 1020Nm of torque. In the regular Mulsanne, the engine is capable of propelling the grand sedan from 0-100km/h in 5.3 seconds. 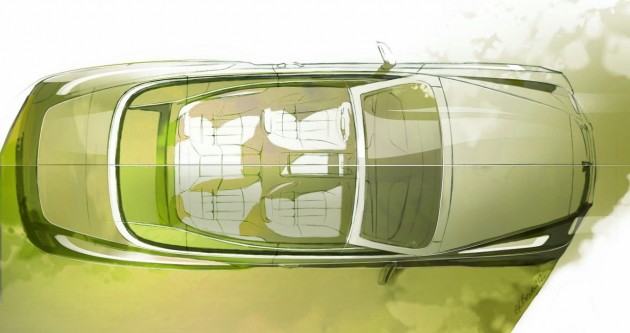 Before we get too excited about the drop-top, Bentley is first planning to build a concept version. If the concept is popular with the buying public, and there is demand for it, only then will it put it into production.

As for the design sketches, you must admit this is going to be one impressive machine. You can forget about Lamborghinis and Ferraris, if you really want to make an impact arriving at your destination, this is what you need.

If it does make it to production, market entry would take place in around 12 months.