There’s spirited driving, and then there’s just complete ignorance for road safety. This E46 BMW M3 crash shows how an inexperienced driver on an unfamiliar road can end very badly. 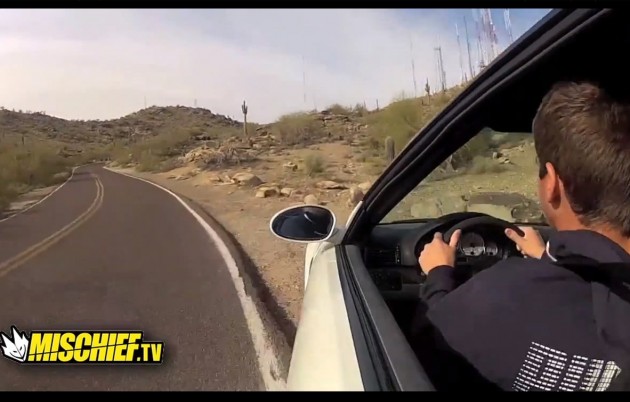 In the hands of an incompetent driver who does not know the road, even one of the best driver’s cars of all time can be crashed. In this case, crashed off the road and into same rather large and pointy rocks.

It’s unknown exactly where the crash occurred – someone in the US – but the cause of the accident is very obvious. Even though the road looks fairly deserted, the driver continuously ventures over onto the wrong side, even while coming over blind crests; it’s a simple recipe for disaster.

About the only fortunate thing to come from this crash is that the driver appears to have walked away without serious injury. As for the M3, it would have suffered serious front end and underbody damage, to the point of deploying the airbag.

Click play below to take a look at how not to drive out on public roads, or even race tracks. He is very lucky it wasn’t into an on-coming vehicle.