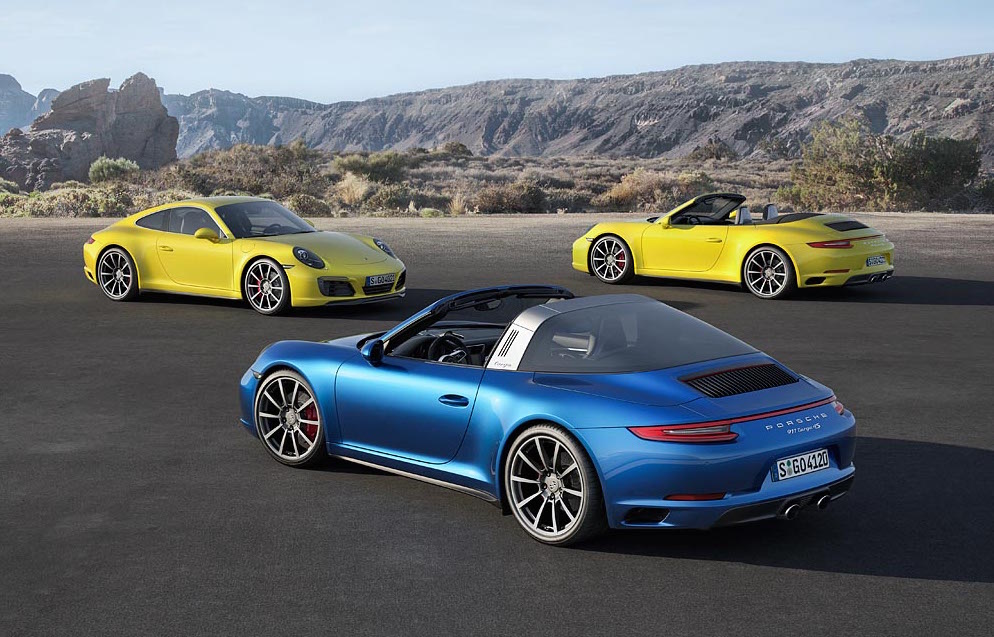 The 2016 Porsche 911 Carrera 4 range will land in Australia during the second quarter of next year, equipped with new turbocharged engines for all variants. 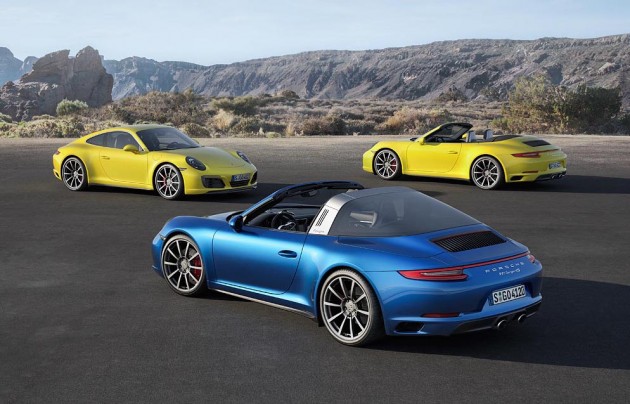 Outputs stand at 272kW and 450Nm for the base Carrera 4 versions, while the 4S models churn out 309kW and 500Nm. Fitted with the optional Sport Chrono package, the base model does 0-100km/h in just 4.1 seconds, while the S does it in a phenomenal 3.8 seconds.

Despite the excellent performance – quicker and more powerful than the outgoing model – Porsche engineers have managed to squeeze out more efficiency from the sports car. Average fuel consumption drops by 0.8L/100km to 7.9L/100km for the Carrera 4 PDK auto, while the S drops 1.2L/100km to 8.0L/100km in auto form.

Also new to the 2016 range is a driving mode switch on the steering wheel. It offers Normal, Sport, Sport Plus, and a customisable Individual mode. These all adjust various behaviours of the car, including throttle response, auto shifting character, the PASM suspension, and, where fitted, the sports exhaust system.

All Carrera 4 models come with all-wheel drive and the PASM sports suspension package as standard. Rear axle steering is available as an option on the 4S models. See below for the Australian prices (excluding on-road costs):