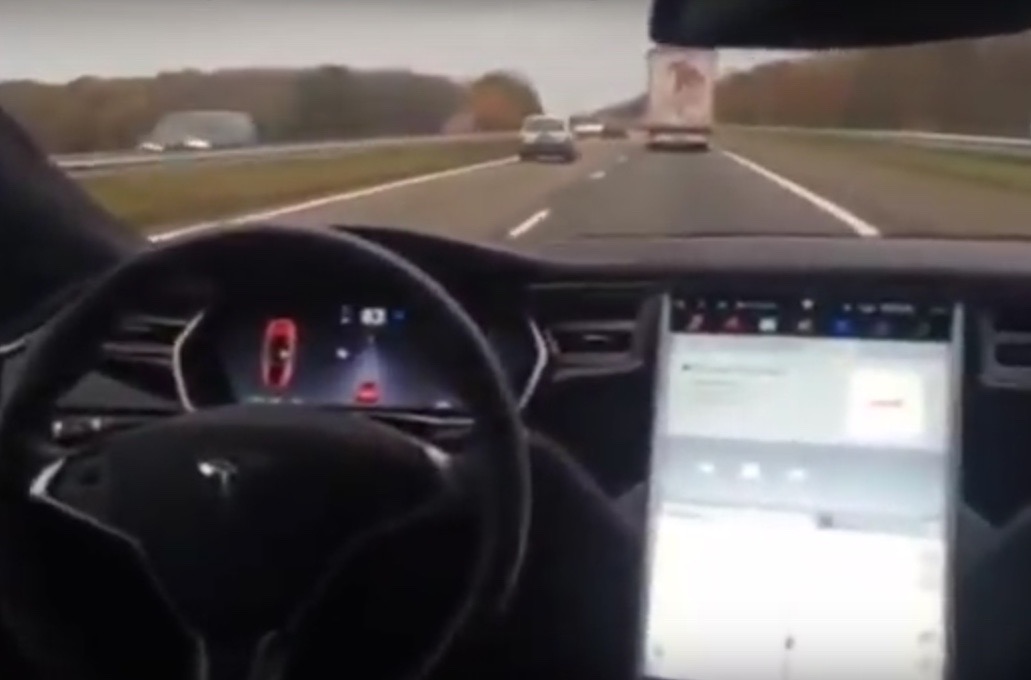 A man has tested out Tesla’s new Auto Pilot feature in quite an extravagant way, by not only letting go of the steering wheel but by jumping into the back seat while on a highway. 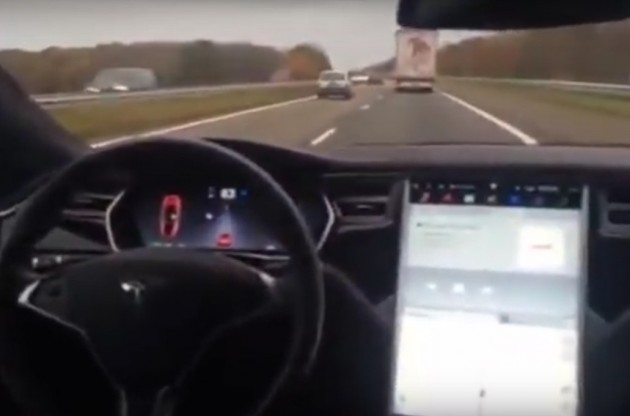 We tested the incredible technology just a few days ago. And, as impressive as it is, at no point did we feel like jumping into the rear seat while on the go. Alarmingly, the passenger in the video below failed to put his seatbelt on while in the back seat.

The stunt is one of many that are on YouTube at the moment, with daring owners taking the system to extreme. In a recent Forbes report, Elon Musk, Tesla CEO, didn’t seem too happy about the stunts. He said;

“We discourage… there have been some fairly crazy videos on YouTube. This is not good. And we will be putting some additional constraints on when Autopilot can be activated to minimise the possibility of people doing crazy things.”

Tesla released its ‘7.0’ software update last month which included a revised instrument cluster, and, for the first time, an Auto Pilot driving function.

The Auto Pilot system is an extension of radar cruise control whereby both the accelerator and brakes, and the steering are all controlled by the car; there is no need for any human input. However, as far as we know the system will ask the driver to touch the steering wheel every couple of minutes, depending on the conditions.

Check out the video below showing a driver sitting in the back seat, and head over to our preview report for a quick point-of-view demonstration of the Auto Pilot feature.