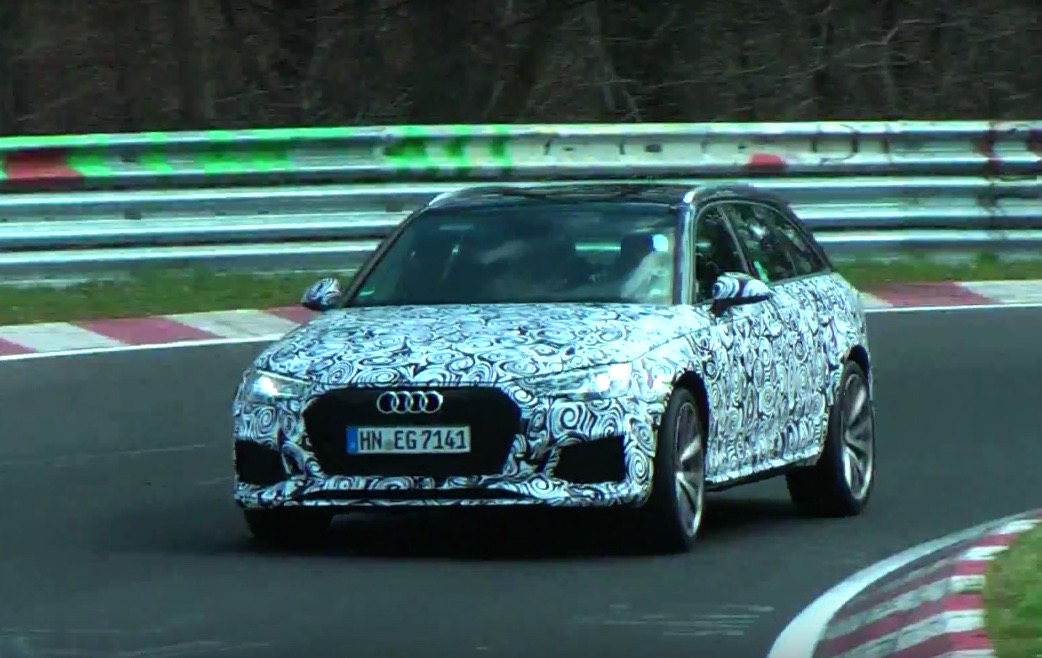 Audi has been spotted test driving a prototype version of the next RS 4 Avant out on the punishing Nurburgring in Germany. 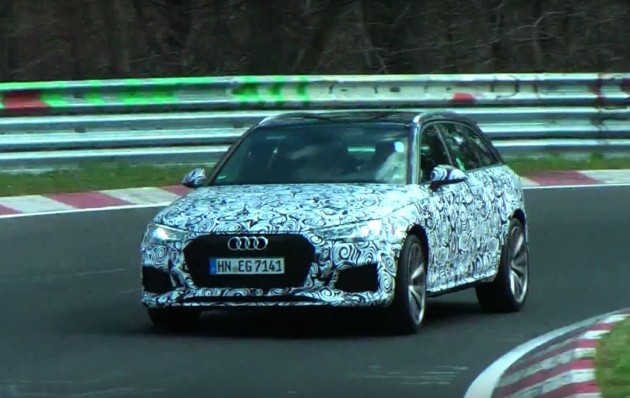 The new model won’t be just a facelift. Nope. This will be a major generation shift, using the new A4 as the foundation. You can see some of the design cues from the new A4 in the prototype, including new-look headlights, a massive front grille, and split front spoiler setup.

Under the bonnet is where we are set to see the biggest change though. It’s believed Audi will be going back to its roots with its next performance wagon, using turbocharging technology, like the RS 2 and the original RS 4 Avant.

Specifications and details are yet to be officially confirmed, however, industry experts say Audi will use a new twin-turbo V6 powertrain. There’s also the possibility of it getting electric turbo technology to help build boost pressure.

Power? Well, it’s only natural the new generation will offer more grunt than the older predecessor. The last RS 4 was equipped with a 4.2-litre naturally aspirated V8 churning out 331kW. We could be looking at around 370kW for the next model.

Aside from the likely switch to turbo technology, the next RS 4 will showcase Audi’s latest and greatest features. We can expect LED headlights and taillights, a clever MMI on-board interface, and a fully digital instrument cluster for the driver.

Click play below to take a look. You do get a bit of a glimpse of the engine sound, although it is drowned out by other cars on the circuit. It does sound like a V6. What do you think?