The official VFACTS figures for Australian new vehicle registrations for October 2013 are out, and with a number of all-new models being launched during the month, we see some segments are shaken up quite a bit. The introduction of the BMW 4 Series and the Mercedes-Benz CLA-Class standing out as popular contenders straight from the gate, while the new Holden VF Commodore is starting to stretch its legs. 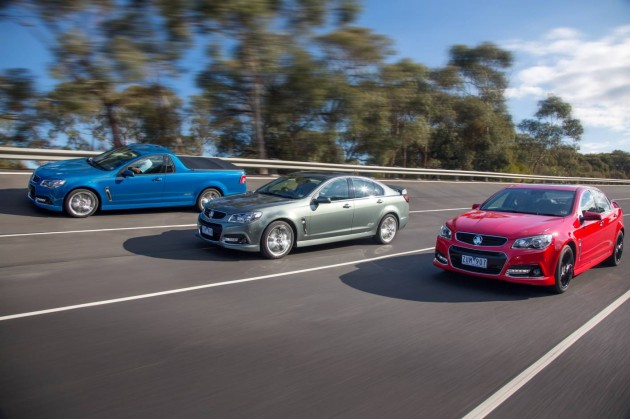 As for the overall best-seller, it is once again the Toyota Corolla. It easily overshadowed its arch rival, the Mazda3, by over 200 sales during October. Great news for the Australian car industry up near the top too, as the Holden Commodore sales took a big jump, placing it as the third-best seller overall. It even overtook the hugely popular Toyota HiLux.

Porsche, Mercedes-Benz, BMW, and Lexus all showed dominance in various segments at the premium ends of the market. The new Lexus ES reported decent popularity, while the Porsche 911 proved all-too-strong for its rivals, with Cayman sales sitting firm in its segment.

As for the top manufacturers, Toyota maintains its monumental lead, selling 18,129 vehicles during October. The figure is around 1000 more than what was achieved in the previous month. Holden sits in second place, ahead of Mazda. 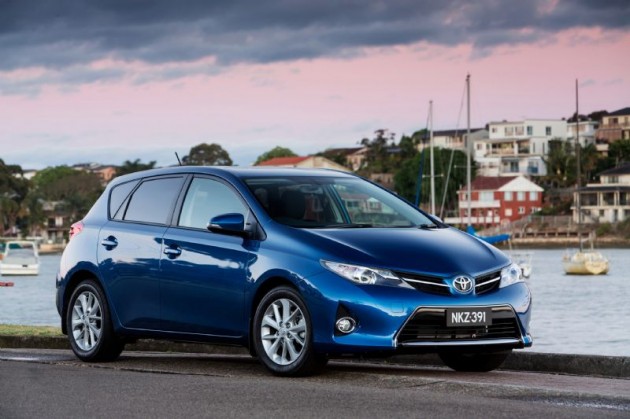 As for the most popular vehicle models overall for October, the top five is dominated by the Toyota Corolla, however, Holden is creeping up with the Commodore. The top five vehicles for October 2013 in terms of outright sales were as follows:

In the Large Cars under $70,000 segment, the Holden VF Commodore maintains its stronghold over the Ford Falcon, which although made more sales in October compared with September, is still suffering. Ford sold 1076 examples of the Falcon, compared with 846 the previous month. The Toyota Aurion remains the third favourite, recording 599 sales.

Moving up to the Large Cars over $70,000 category, the rankings for overall popularity remained mostly unchanged except for one vehicle model; the new Lexus ES. It has set off with a storming start during its first month on sale, jumping straight into third spot. The top five vehicle sales figures in this category were as follows: 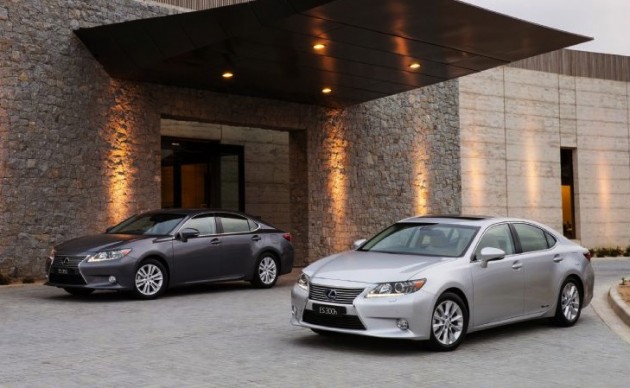 In the semi-sporty Medium Cars under $60,000 segment, nobody could shake the Toyota Camry from top spot. It posted 2251 sales, followed by the Mazda6 with 472 sales. Sales in the rest of the category dwindled, with the third favourite, the Hyundai i40, posting just 197 sales. The new Holden Malibu maintains its fourth spot position, with 192 units.

Moving up to the luxury Medium Cars over $60,000 segment, BMW’s 3 Series has held strong popularity ahead of its main rival from Mercedes-Benz. The Lexus IS was the only sedan that recorded an increase in sales compared with September efforts. Interestingly, the new Mercedes-Benz CLA-Class four-door coupe overtook the A4 for fourth spot. The top five in this segment were as follows: 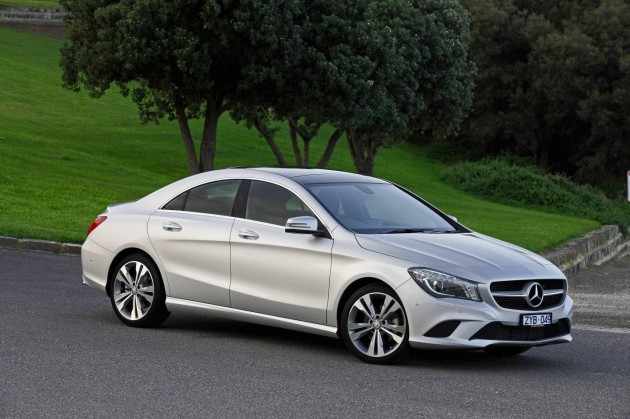 In the entry level Sports Car under $80,000 segment, Toyota’s hugely popular 86 sports coupe sticks at the top. Most of the leaders in the segment remained steady in terms of rankings, although, the Subaru BRZ is back again, sitting in third spot. The top five sellers in this category were as follows:

In the tempting Sport Cars over $80,000 segment, the new BMW 4 Series shuffled straight to the top after being on sale for only a few weeks. It outsold its nearest rival, the E-Class Coupe/Cabrio, by a decent chunk. The top five sellers in this category were as follows: 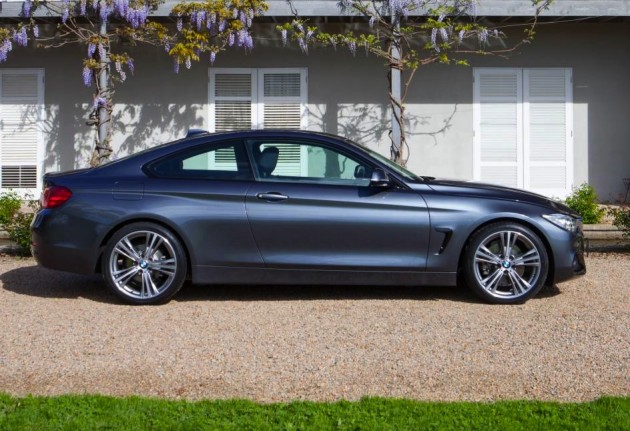 In the dreamy Sport Cars over $200,000 segment, the Porsche 911 is still the king. It easily overshadowed its main rivals in October. However, sales were down by almost 50 per cent compared with September figures. The rest of the category saw little change in overall rankings. The top five in this category were as follows:

In the Aussie-favourite 4×4 ute segment, the Toyota HiLux isn’t budging from top position. Toyota sold 2404 examples of the 4×4 ute, followed by the Nissan Navara with 1860 sales, and then the Mitsubishi Triton with 1518 sales.

As for the combined 4×2 and 4×4 ute sales, Toyota’s HiLux is also the best seller. The Nissan Navara on the other hand has been pushed from second place to make way for the Ford Ranger. The Nissan Navara then follows. The rest of the rankings remained steady, with the Volkswagen Amarok trading places with the Isuzu D-Max for 7th spot. The top ten 4×2 and 4×4 combined figures for October 2013 were as follows: 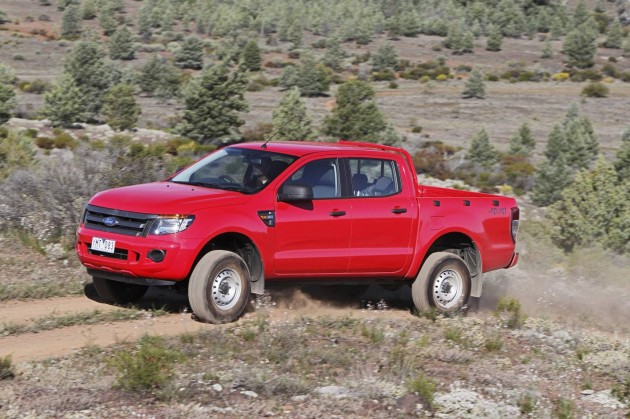 Lastly, the SUV market was jumbled up a bit in various categories. The Toyota RAV4 moved up into top spot in its segment, while the Hyundai ix35 remains the favourite in the entry-level market.

Jeep’s new Grand Cherokee is carrying on its popular trend from September, dominating the large segment. The rest of the contenders maintained their positions from September.

At the premium end of the market, BMW X5 sales dropped considerably, partly due to the new model coming in. This left the door open for Mercedes-Benz to take out the class with the M-Class. Lexus’s RX pushed its way right up to second position, nudging the Volkswagen Touareg out of the top three.

In all SUV segments, the top-sellers for October 2o13 were as follows: 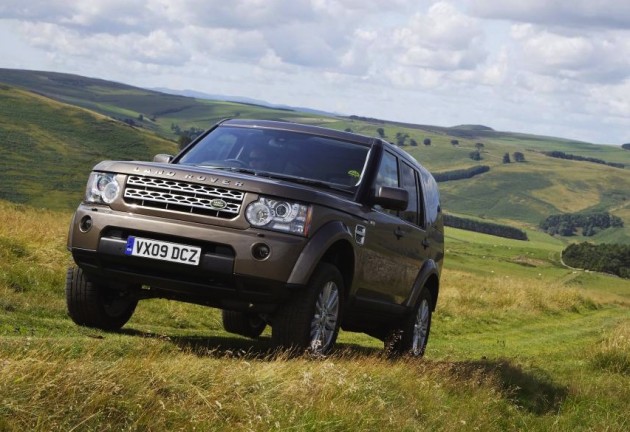 Overall, new vehicle sales in Australia in October dropped compared with the previous month’s effort; 92,603 new vehicle registrations compared with 92,662 in September. Overall sales were down by around 3.1 per cent on October 2012 figures as well.

The drop is sales is being put down to the Fringe Benefits Tax. FCAI chief executive Tony Weber spoke about the FBT changes, saying,

“The October data leads us to conclude there is still confusion in the market following the previous government’s FBT proposal. It is hard to have any other explanation for the 3.1 per cent fall in the automotive market, particularly given a number of positive economic indicators across the broader economy in recent weeks.

“I want people to know the FBT system has reverted to the status quo that existed before 16 July.”

As for what fuel types buyers preferred in October, the sales figures for private buyers in terms of vehicle fuel were as follows (passenger, SUV, and light commercial combined):