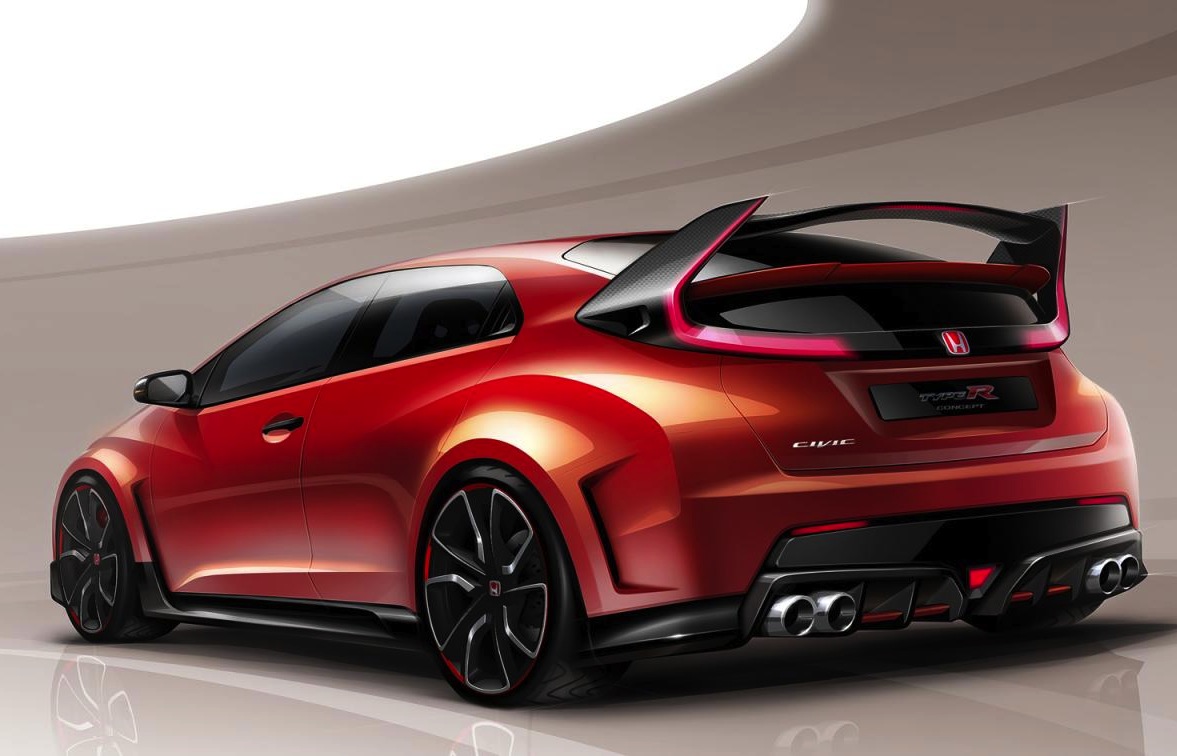 The all-new Honda Civic Type R will make its debut in concept form at the 2014 Geneva Motor Show. And to give us all a preview of what to expect, Honda has revealed a striking design sketch of the concept. 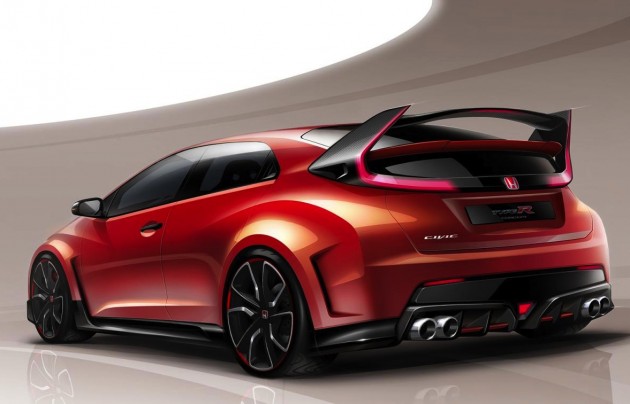 This is going to be a very big deal for the car industry, particularly for sports car fans. Honda has previously said it wants the new model not only to be a competitive proposition in the hot hatch segment, it wants it to be the quickest front-wheel drive production car to ever lap the Nurburgring.

As previously revealed, the 2015 Civic Type R will come with a 2.0-litre turbocharged four-cylinder producing over 206kW. Reports suggest a figure of around 220kW to be more on the mark.

Like all Type R models, the new Civic version will come equipped with plenty of high-performance components such as sports suspension, brakes, lightweight wheels, and a bespoke interior setting.

In terms of exterior styling, well, this sketch certainly looks aggressive. Although the production model will probably lose some of the extra sharp details, much of the character is likely to carry across.

At the back there’s a huge tailgate-mounted wing, vertical vents in the rear bumper bar behind the rear wheels, black skirting along the sides and front, and a chunky rear diffuser with the fashionable quad-outlet exhausts poking through.

We can’t wait to see what it looks like in metal form. Honda needs to rekindle its sports car pedigree, and this will be a fantastic start. Honda spoke about the concept, saying,

“Honda’s appearance at the 2014 Geneva Motorshow will lead with the worldwide reveal of the Civic Type R Concept model, providing the styling direction for the exterior design of the highly-anticipated production version that debuts in 2015.

“Dubbed by the design team as a ‘racing car for the road’, its bold and expressive styling reflects the strong performance characteristics for which Type R is renowned.”

The Geneva Motor Show will commence on March 6.