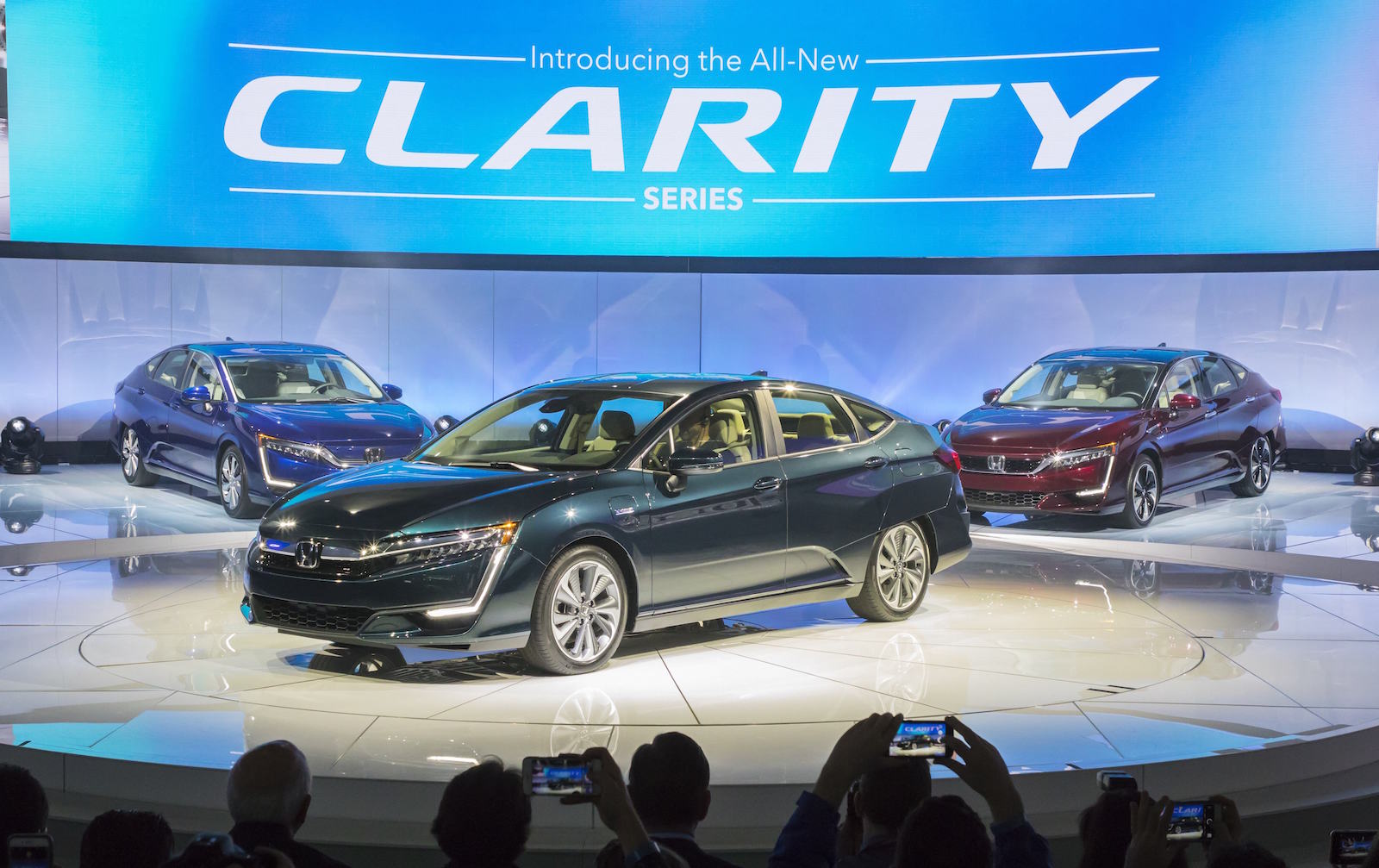 Honda is taking the unusual step of expanding its hydrogen fuel-cell powered Clarity sedan to include electric (EV) and plug-in hybrid (PHEV) variants, which debuted at the New York auto show. 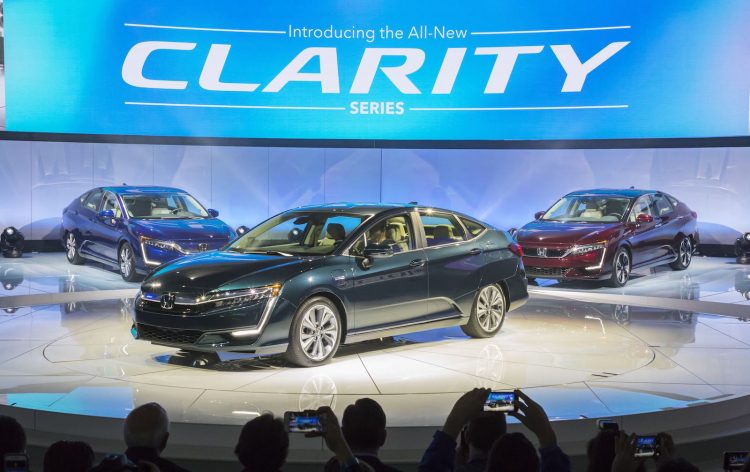 The existing Clarity Fuel Cell is available in California, with up to 589km range. The PHEV variant combines a 1.5-litre Atkinson Cycle engine, which serves as a generator, with a 134kW/314Nm electric motor. The engine charges a 17kWh battery pack that can also be charged from an AC power outlet. Total range is around 531km, with batteries taking roughly two-and-a-half hours from the wall charging to full capacity.

The Clarity EV, meanwhile, utilises a 120kW/300Nm electric motor and a 22.5kWh battery pack. In a recent press release Honda says the range is only 128km (80 miles), “designed around the needs of commuters.”

Styling is a key differentiator with the cars, with the Clarity EV in blue and the PHEV in green, both offering subtle differences between each other as well as the hydrogen Fuel Cell version.

Hyundai sells the Ioniq as a hybrid, plug-in hybrid and EV capable of 200km on a full charge. This is a different approach from Toyota, who sells the Mirai fuel cell and the Prius hybrid plus Prius Prime PHEV.