MINI Australia has launched the all-new MINI Coupe and MINI Roadster. These little pocket rockets are the smallest and sportiest models to join the company’s growing lineup. 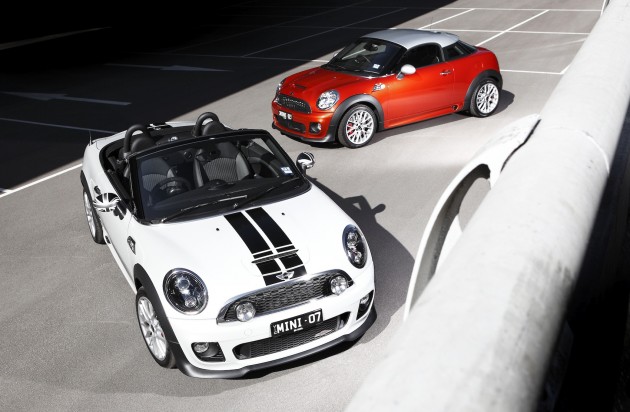 The new model is available in two different trim variants; the Cooper S and the high performance John Cooper Works. Both are available in either Coupe or Roadster guise, and available with a six-speed manual or six-speed automatic.

Like the normal MINI Cooper S and John Cooper Works models, the MINI Coupe and Roadster are highly agile compact sports cars, only these latest models offer a strict two-seat layout matched with a low-profile body.

The Cooper S versions come with a 1.6-litre turbocharged four-cylinder engine producing 135kW of power and 260Nm of torque, while the John Cooper Works editions get a revised version of the engine, producing 155kW and 280Nm.

All versions are now available, with prices starting at (excluding on-road costs):