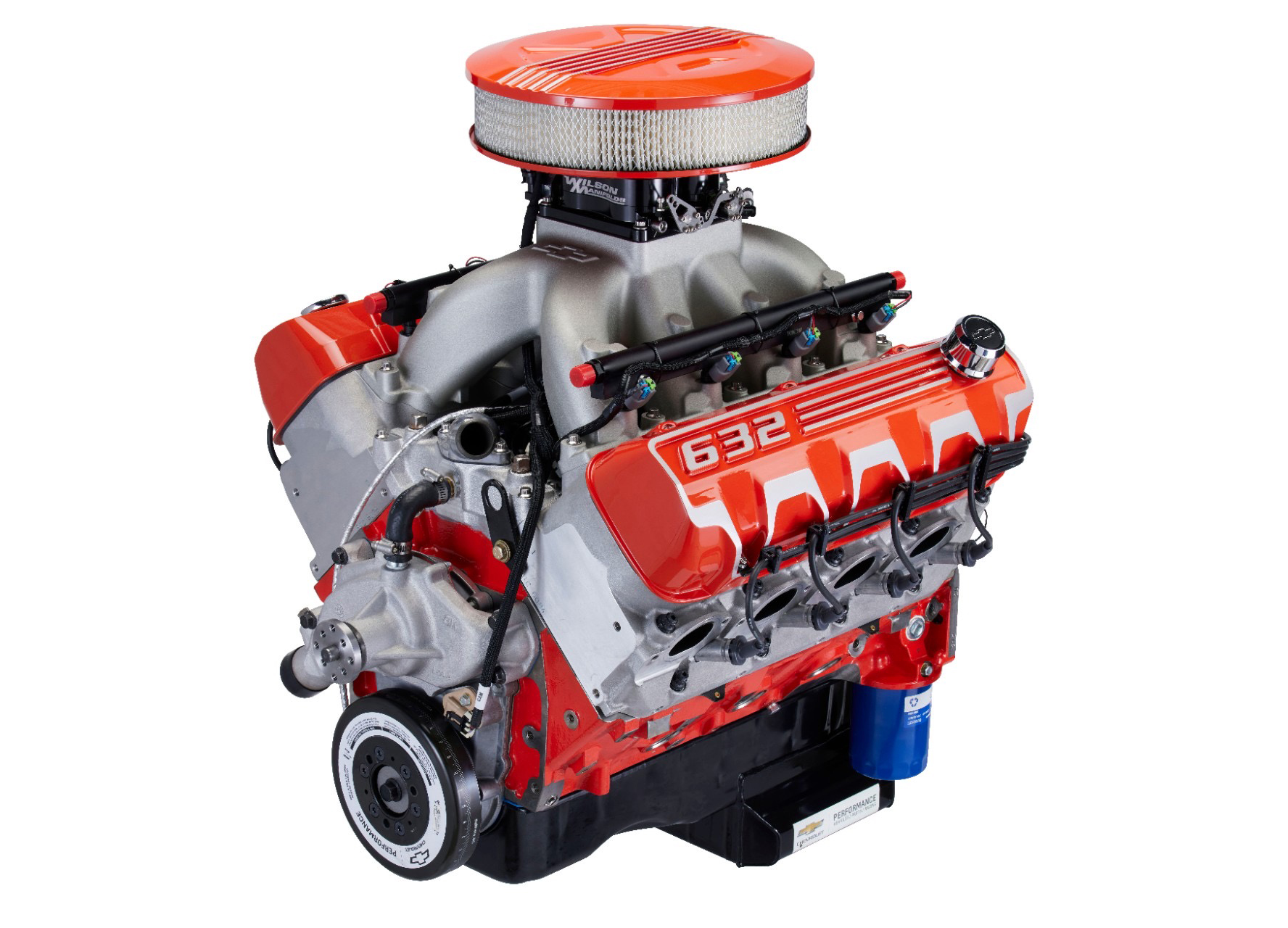 Yep, this is officially the biggest, most powerful crate engine Chevrolet has ever offered. Called the ZZ632 – or ZZ632/1000 – the 10.4-litre beast could be the perfect fit for your next project car. 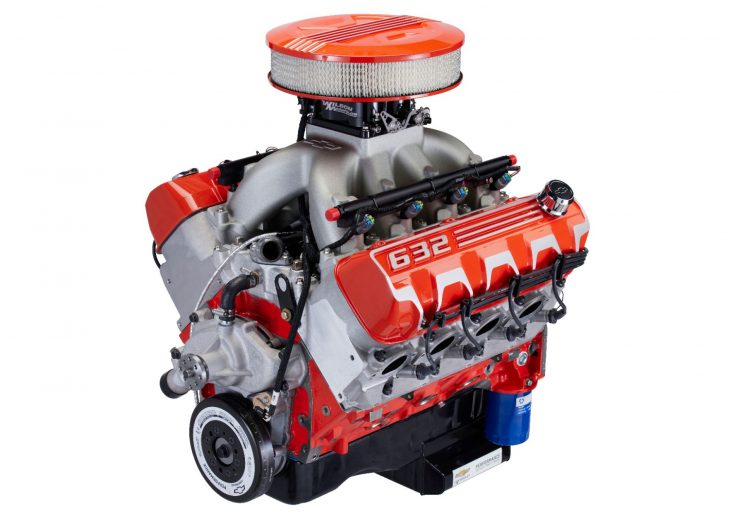 Measuring in at a whopping 632 cubic inches, or 10.4L in metric speak, Chevrolet describes the engine as the “king of performance” within its crate engine lineup. It features eight port injectors, CNC-machined aluminium heads, and all intake ports have identical length, shape and volume, which is uncommon for a big block unit.

The port design is called RS-X Symmetrical Ports, and have been named after General Motors powertrain engineer, and port designer, Ron Sperry, who has been working with GM performance and racing engines for over 50 years. He helped introduce symmetrical ports on the Gen III LS1 small block V8, which featured in various Holden Commodores over the years. 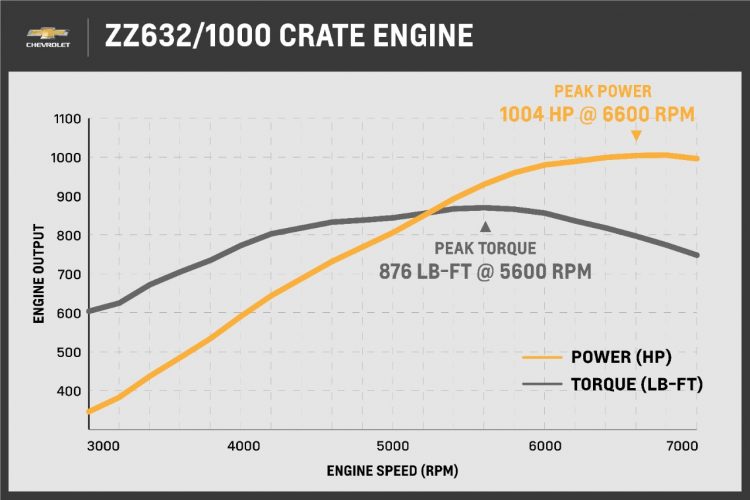 There’s also a forged steel crankshaft, forged steel conrods, and forged aluminium pistons, with electronic injection, and four-bolt mains. The bore and stroke size is 4.60 by 4.75 inches, or 116.84mm by 120.65mm, with a high compression ratio of 12.0:1.

All up, the big beast produces 1004hp (749kW) at 6600pm, although Chevrolet says it can be revved to 7000rpm, with 876lb-ft (1188Nm) of torque. Speaking about the mammoth unit, Russ O’Blenes, GM director of the Performance and Racing Propulsion Team, said:

“This is the biggest, baddest crate engine we’ve ever built. The ZZ632 sits at the top of our unparalleled crate engine lineup as the king of performance. It delivers incredible power, and it does it on pump gas.” 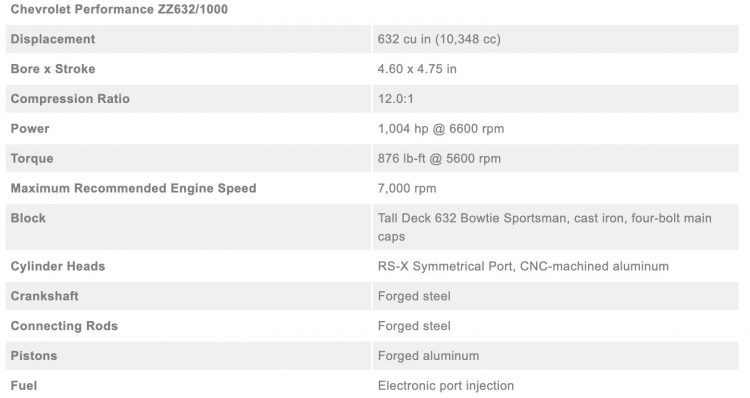