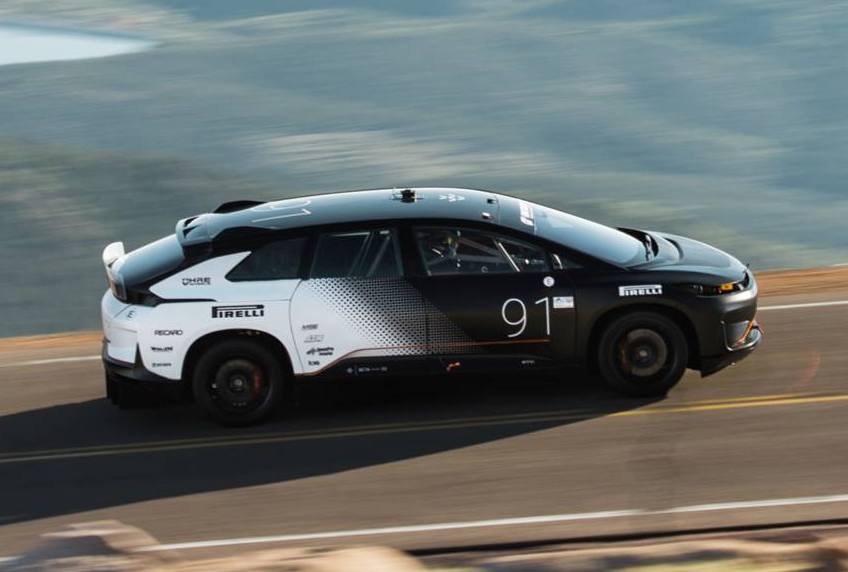 Faraday Future, like LeEco and Lucid (all funded by Jia Yueting), is gunning for supremacy over the Tesla Model S – presently the fastest and longest range electric luxury sedan in the world. 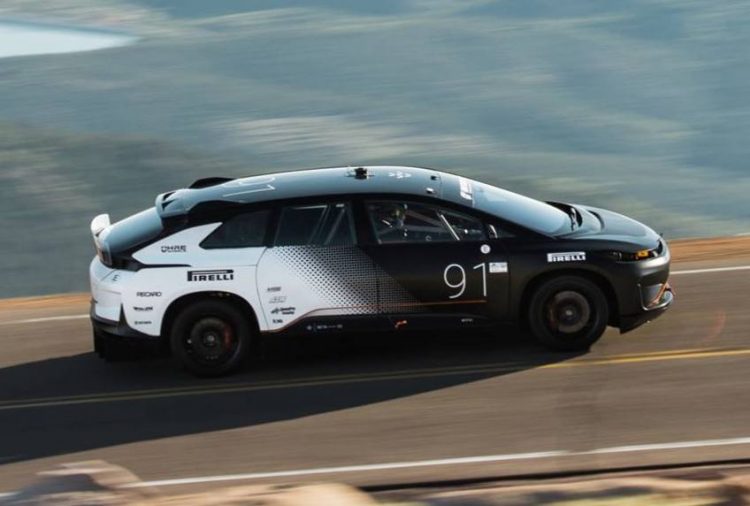 The January unveiling of the FF91 crossover was not exactly what you’d call smooth sailing. An attempt to autonomously summon the vehicle fell victim to a glitch on stage. There have also been doubts surrounding the company’s funding and ambitions to commence production next year.

Nevertheless, a prototype has completed the 20km Pikes Peak course in 11 minutes and 25 seconds, compared with the 11 minutes, 48-second time of a Tesla Model S last year. Like the Tesla, the FF91 was gutted for the purpose of this race and fitted with a roll cage, with an onboard camera capturing the run.

Faraday Future promises biometric technology, a 608km range and a 2.39-second 0-60mph (97km/h) sprint time, eclipsing the Model S in both of those important metrics.

This stunt follows the Lucid Air’s 350km/h top speed record attempt in April – a car which was announced with a lower entry price than the Tesla Model S 75 and superior specifications.

It looks like competition is well and truly heating up in the electric vehicle arena, especially if Faraday Future and other Jia Yueting funded companies hit their production targets.