The rock incident that ended the dreams (and race) of Queensland racing car driver Dick Johnson during the 1980 Bathurst 1000 is arguably one of the most famous moments in the illustrious 50-year history of the great race. 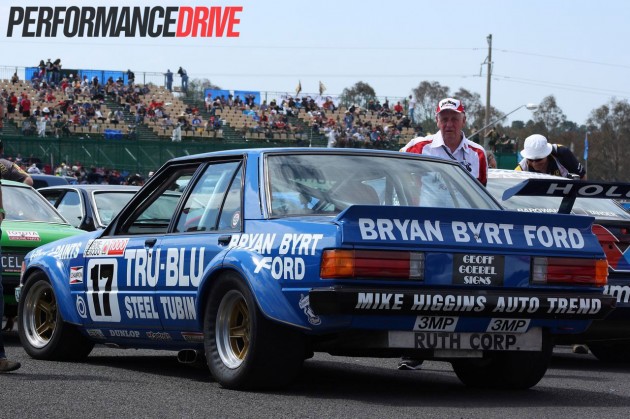 Among the 50th anniversary celebrations this weekend, Bathurst winning cars from all eras circled Mount Panorama for old time sakes, including the ‘Tru-Blu’ XD Ford Falcon Johnson that hit the famous rock. Amazingly, the car was repaired and went out and won the race in 1981.

Just as the car was about to hit the track, PerformanceDrive asked Dick how he felt three decades after racing the famous Tru-Blu Falcon:

“It certainly has a lot of memories, that’s for sure. It goes back a long way. It’s obviously the start of a real career.

“You had to have balls to drive these mate. Not like the guys today, they’re pretty well protected.”

When we asked the Ford legend about the famous rock incident, you could still feel the heartbreak from all those years ago:

“What happened yesterday could be a blur. But I made a mends [with victory in 1981]. For us, it was a real bonus because it meant a lot to a lot of people.”

Take a walk down memory lane and see the famous crash in the video below.