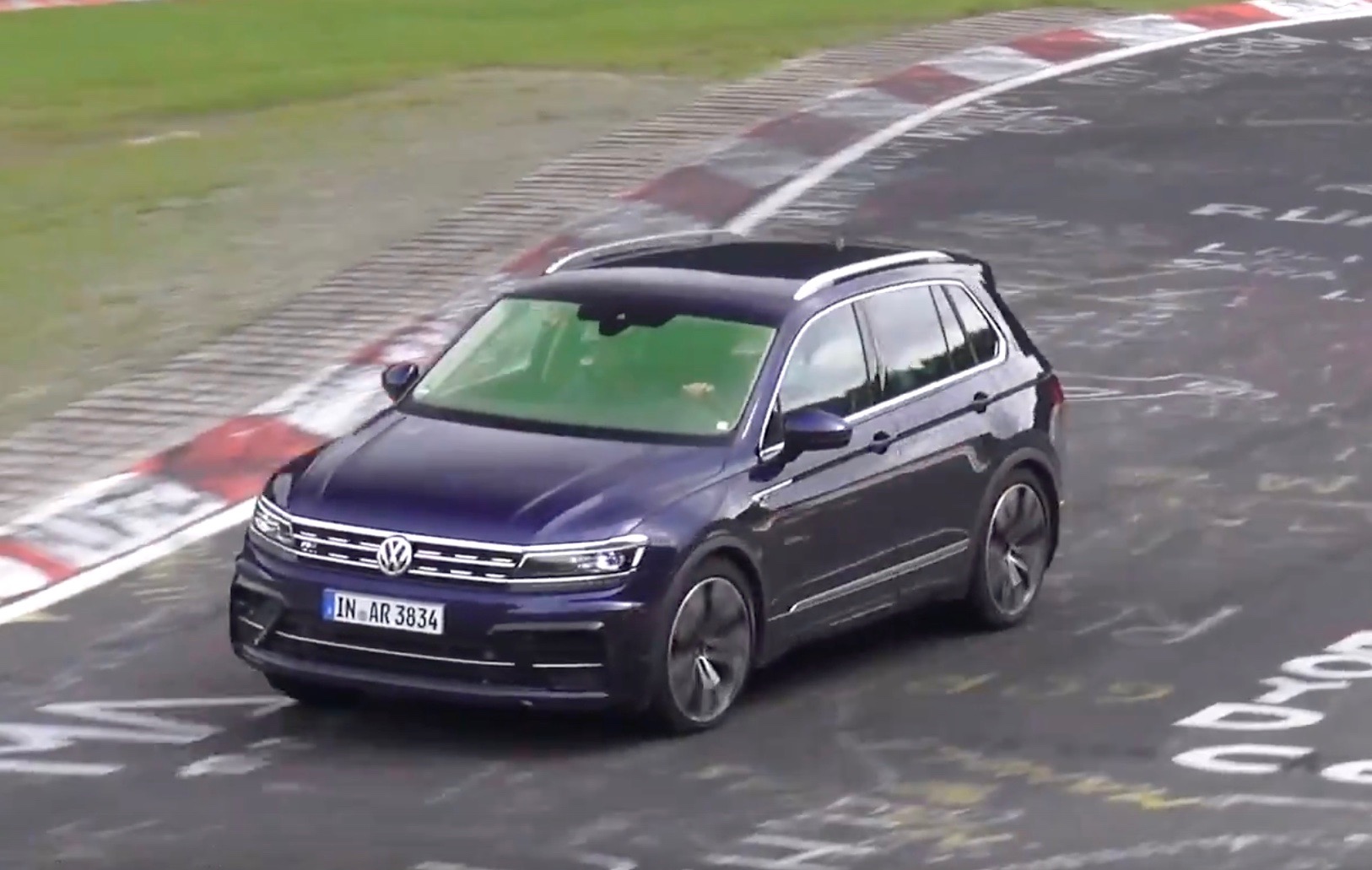 The highly anticipated Volkswagen Tiguan R has been spotted again in prototype form, sporting a distinct turbo soundtrack reminiscent of a five-cylinder engine. Could it receive the 2.5 TFSI from the Audi RS 3 and TT RS? 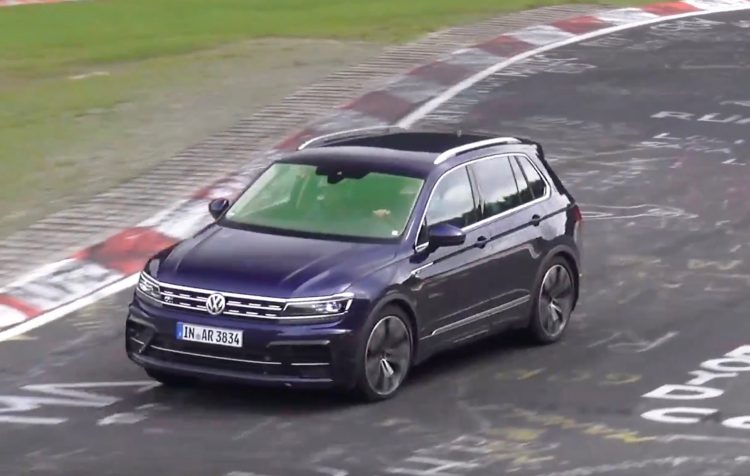 We haven’t heard news of the performance Tiguan, dubbed the ‘Tiguan R’, for a while now. But it seems Volkswagen is back into testing with this mostly camouflage-free prototype recently spotted at the Nurburgring in Germany.

The super SUV looks like it’s dressed in the optional R-Line package, however, a closer look reveals bigger brakes and wheels, a unique front bumper that uses slightly more aggressive lower intakes, and a decidedly sporty rear end complete with a neat diffuser underneath and big twin exhausts.

By the sound of it, the Tiguan R might not get the 2.0 TFSI four-cylinder turbo found in the Golf R, as we all initially suspected. Instead, it might get the 2.5-litre turbo five-cylinder from vehicles such as the Audi RS 3 and Audi TT RS. In those, the latest unit develops an eye-watering 294kW and 480Nm.

With this unit the Tiguan R could become the quickest and gnarliest SUV in the class, discounting the more premium rivals such as the Mercedes-AMG GLA and Audi RS Q3. Although the 0-100km/h time of 4.1 seconds in the case of the Audi RS 3 with the 2.5 would likely be a stretch, we’d expect a time of under 5.0 seconds nonetheless.

At this stage nothing has been confirmed by Volkswagen, including the existence of the Tiguan R to being with. There is a chance Volkswagen has tweaked the exhaust of the 2.0 unit so much that it now sounds like a five-cylinder. Click play below and tell us what you think. Does it sound like a five or four to you?

Given the lack of disguise Volkswagen will probably unveil the SUV in full at the Frankfurt motor show in a couple of weeks. Stay tuned.