The Audi TT RS Plus is one of the very quickest production Audi’s ever made, capable of smashing 0-100km/h in just 4.1 seconds. The performance ‘Plus’ variant of the ‘RS’ is now on sale in Australia. 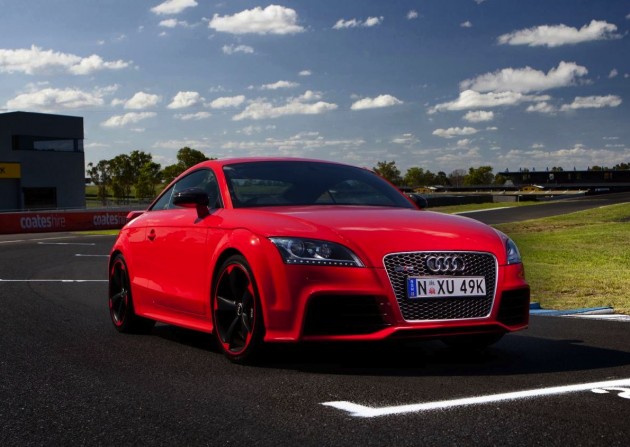 Featuring a heavily boosted 2.5-litre TFSI turbocharged five-cylinder with direct injection, the Plus version is tweaked and produces 15kW and 15Nm more than the normal RS. Total output peaks at 265kW and 465Nm.

In keeping up with the astonishing acceleration performance, the TT RS Plus comes with an S tronic seven-speed dual-clutch auto transmission, four-piston cross-drilled brakes on the front, 19-inch alloy wheels wrapped in 255mm tyres, and an adaptive damping sports suspension system with magnetic ride control. 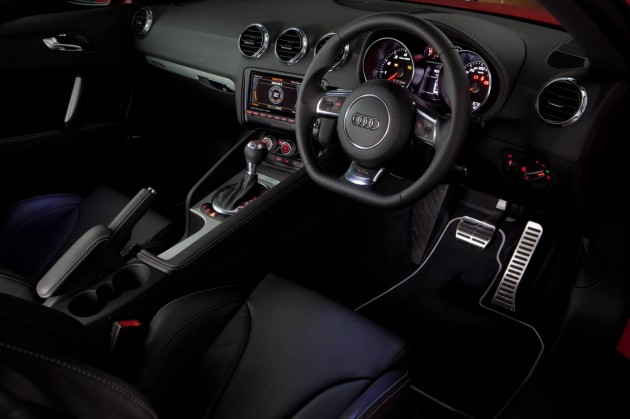 Underneath it all, the TT is built on a lightweight Audi Spaceframe Body helping to keep the overall kerb weight to a minimum. The car weighs in at 1475kg. The lightweight nature also helps to achieve a great fuel economy rating of 8.5L/100km for the combined cycle.

Other unique highlights for the Plus include a sports exhaust system with a sound flap to further enhance its bark, various carbon fibre trimmings such as around the side mirrors, a revised front grille, and a fixed spoiler at the back to add downforce at speed.

The new model is now available at Audi dealerships, with prices starting a $139,990 excluding on-road costs.