Chevrolet has pulled the wraps off its version of the Aussie VF Commodore SS, the 2014 Chevrolet SS sedan. The new model is the first rear-drive sedan Chev has made in 17 years, and it will be produced alongside the VF here in Australia. 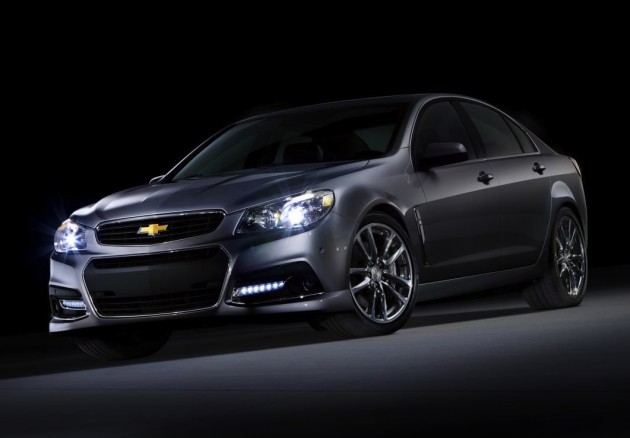 Using the exact same underpinnings and major components as the local Holden VF, the Chev SS will be marketed as a true performance car in the US.

Specifications are yet to be finalised, however, up front sits a 6.2-litre ‘LS3’ naturally aspirated V8 engine. Chevrolet says it is expected to offer 309kW of power and 562Nm of torque.

With the help of a six-speed automatic transmission, the new model should be able to crack 0-100km/h in “about 5.0 seconds”, according to Chevrolet. It should also handle very well around the corners thanks to a “near 50-50” weight distribution. 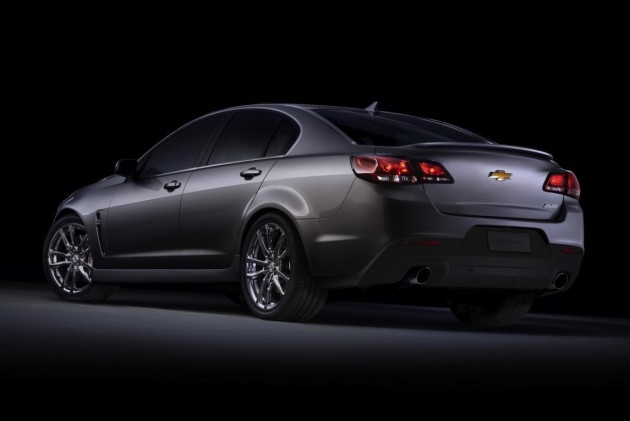 Other mechanical highlights include 355mm four-piston Brembo brakes at the front, a multi-link independent rear and MacPherson strut front suspension setup, a 3.27 final-drive differential, and a sporty electric steering arrangement. 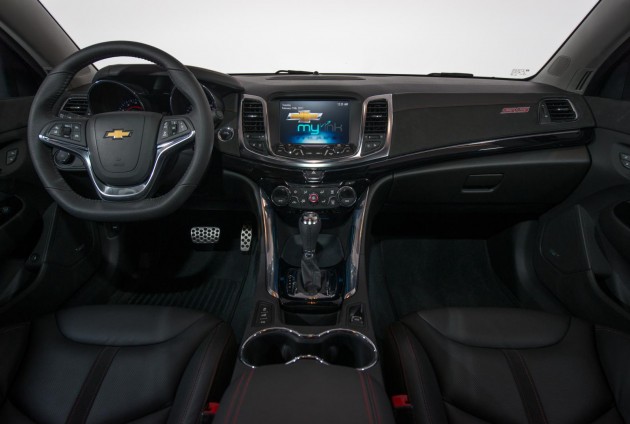 Inside, the Chevrolet SS comes with bucket-style seats with big bolsters, a sporty decor, and a whole host of standard equipment, including:

Of course, the biggest news to come from this for Australian consumers is the engine. The LS3 unit of the Chev SS suggests the Holden Commodore SS version will come with the same unit. This could mean a power boost of 39kW is in store for the VF SS over the outgoing 6.0-litre VE SS. An official announcement is yet to confirm.

The Chevrolet SS will go on sale in the US during the third quarter of this year, while the Holden VF SS is set to hit the market during the middle of this year.