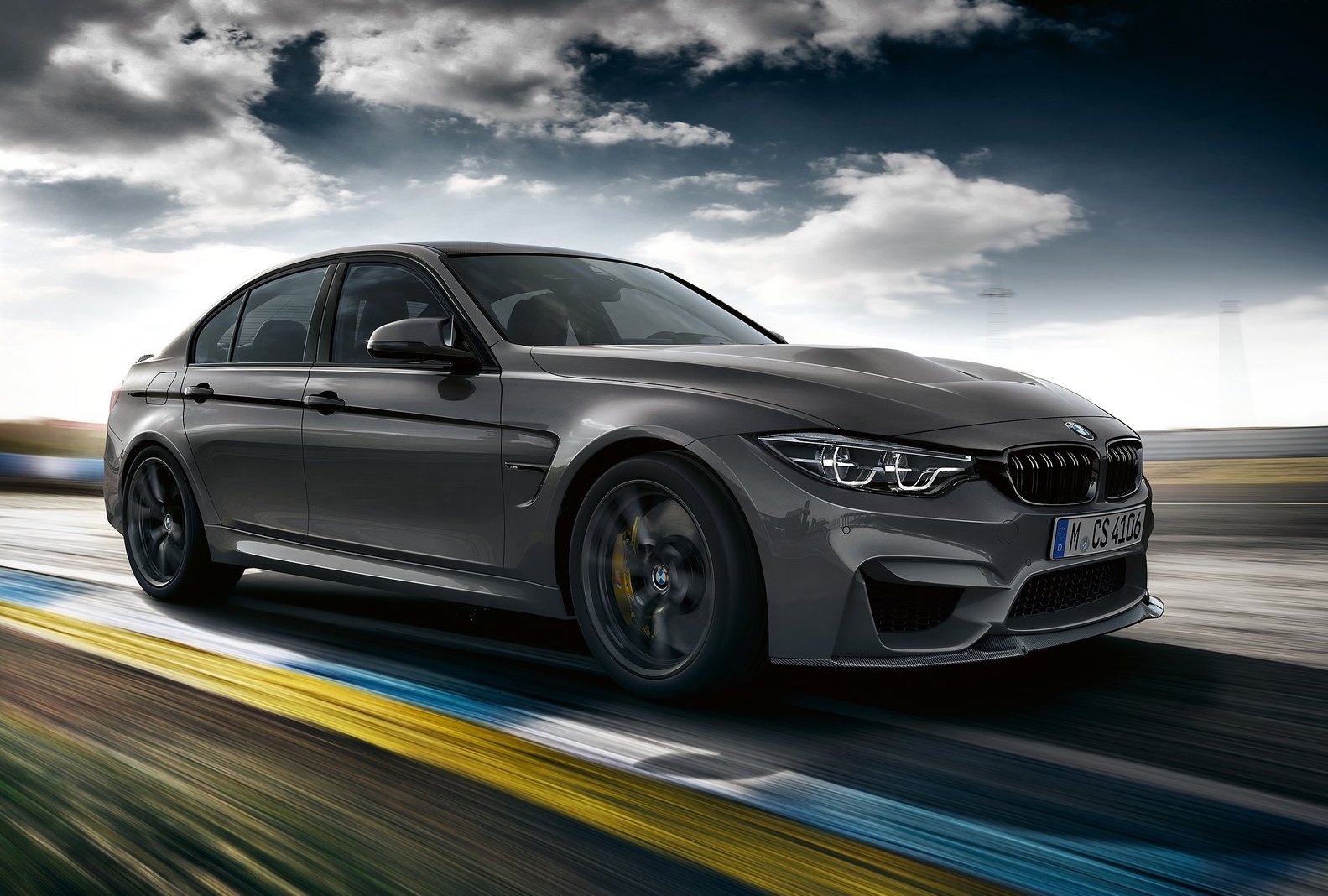 The new, 2018 BMW M3 CS has been officially unveiled, following numerous prototype spottings and plenty of rumours. It comes in as a strict limited-production model. 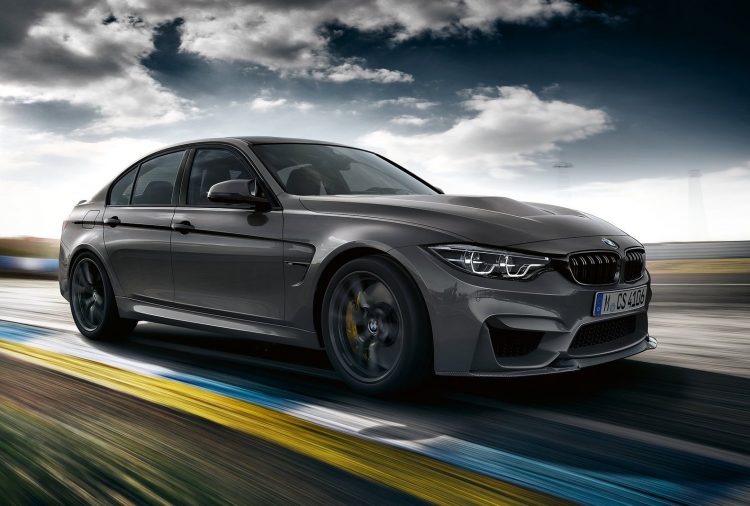 Enhancements are made to almost every area of the BMW M3 sedan, most obviously to the exterior. You’ll notice a unique twin-lip rear spoiler on the boot and a special front lip spoiler, both made from carbon fibre, as well as a set of 19-inch front and 20-inch rear lightweight alloy wheels.

These wheels, measuring 9.0 inches wide on the front and 10 on the back, are wrapped in semi-slick cup tyres measuring 265/35 and 285/30, front and rear. Specifically, they are road-legal Michelin Pilot Sport Cup 2. Buyers can also option for the regular Sport tyres.

To help with handling the 2018 BMW M3 CS is kitted out with essentially the same upgrade package as the M3 Competition. It consists of forged aluminium components that help to reduce unsprung mass, with unique springs and Adaptive M dampers fitted as standard.

As for the 3.0-litre twin-turbocharged inline six, it has been boosted to produce 338kW (460PS), up from the standard 317kW or 331kW in Pure form. Torque is also up to 600Nm from 550Nm. This enables the sports sedan to accelerate from 0-100km/h in a claimed 3.9 seconds. Thanks to the fitment of the M Driver’s package the top speed is limited to 280km/h instead of the standard 250km/h limit. 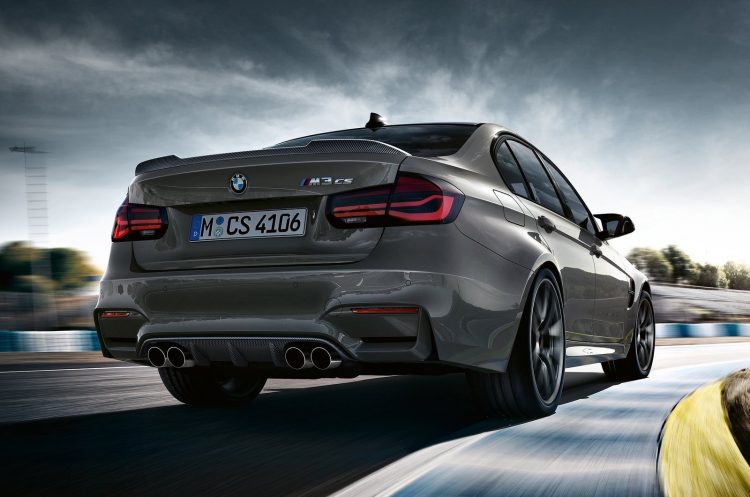 Some enhancements are also made to the interior, such as the fitment of some unique sports seats and Alcantara trimmings, and CS logos. Overall though the M3 CS is inspired by the original E30 BMW M3 Evolution, extending on the formula of subtle exterior enhancements paired with genuine performance benefits under the skin.

Just 1200 examples of the new version are planned for production. Interested customers can begin placing their orders from January, with deliveries set to commence in March.