And we thought it was all over. Ferrari has released yet another teaser image of the new Ferrari Enzo ‘F70’ which will debut in just a matter of days at the Geneva show. 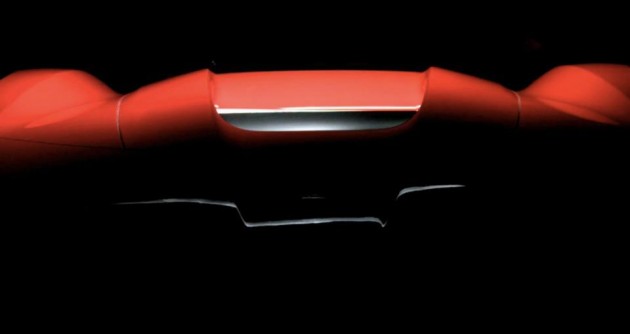 The latest image gives us a glimpse of what looks to be the rear end, peering over the engine cover. It hasn’t been confirmed if this is the case, but judging by the panel lines/gaps, it could be the engine cover with an integrated spoiler? Feel free to tell us what you think it is in the comments section below.

Ferrari must be enjoying teasing us all with these images. So far, we seen a glimpse of the front end and the rear thanks to previews that were shown during a private event. See the gallery below for the images.

A logo was also shown on the invitation to the event, which Ferrari enthusiasts have modified to add more depth. See below.