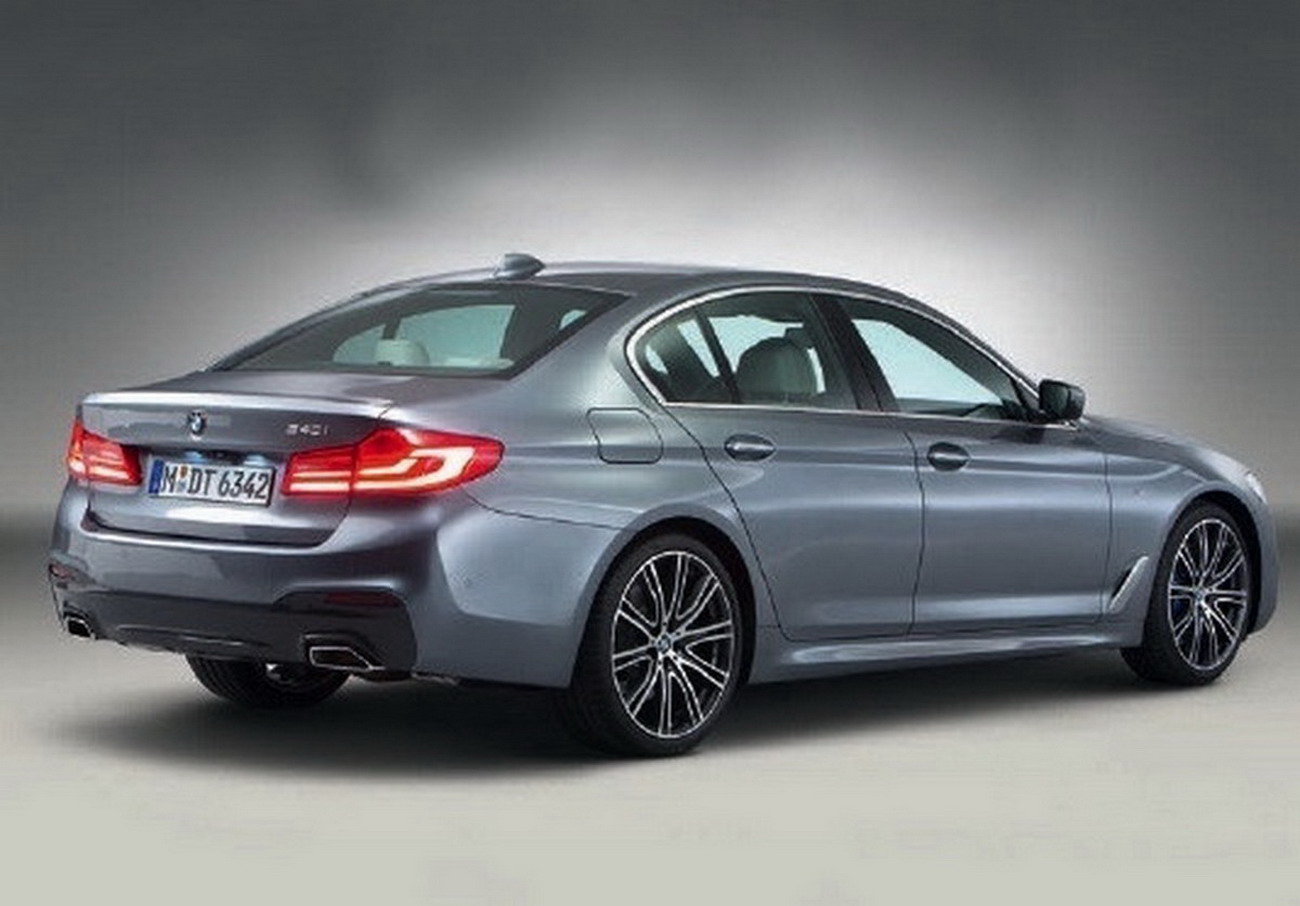 Purportedly official images of the 2017 BMW 5 series have hit the web, revealing the exterior design for the first time before its unveiling tonight. 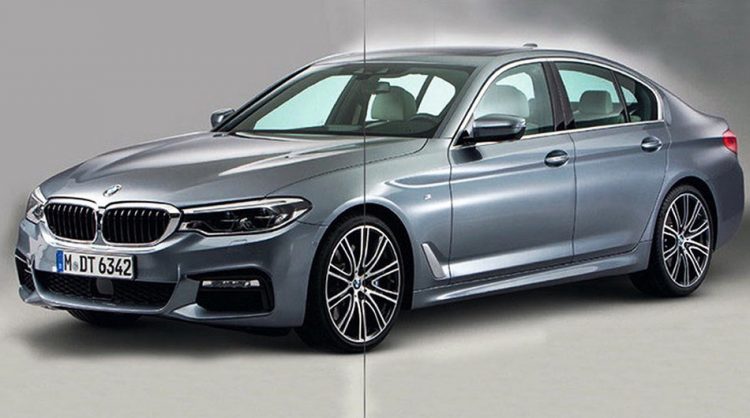 The images appear to be scans of a brochure of some description, first posted up on Germancarforum. They show the next-gen model will showcase a similar design language as seen on the current 3 Series, while also incorporating some elements of the new 7 Series.

At the front we see a slightly more focused and aggressive theme with angled headlights that meet the kidney grilles. The grilles also present a pronounced upper edge with thick chrome trimming. The example shown all appears to feature the M Sport package with a front spoiler and large alloy wheels. 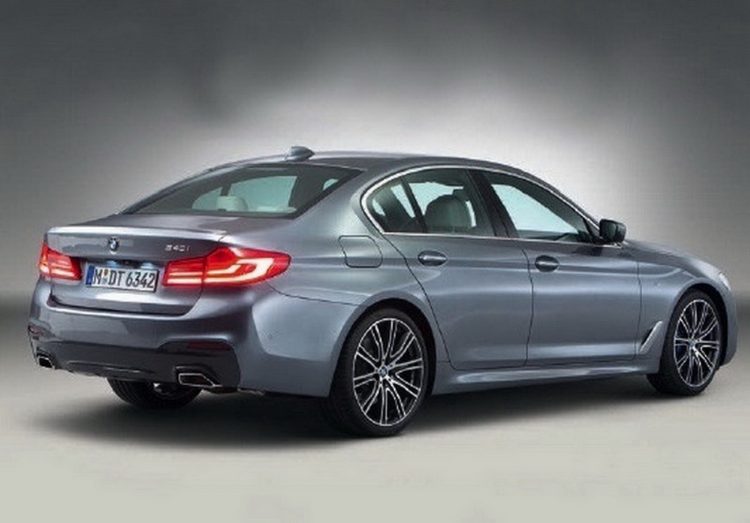 Around at the back the G30 5 Series looks almost identical to the 3 Series, with neatly bolstered rear haunches leading into LED taillights, with a defined boot lid edge providing a sporty execution. A diffuser-like section sits below with twin exhausts at either side.

No specific details of the new model accompany the leaked images, but as far as we know the car will adopt the CLAR platform that debuted under the 7 Series. It infuses plenty of lightweight technologies, and some of the construction is set to be made up of high-tensile steel, aluminium and even carbon fibre. This is all expected to see kerb weight drop by as much as 100kg or more.

With a drop in weight we are also likely to see an increase in overall performance, driving engagement and handling, and of course efficiency across the board. All details will be revealed later today.