Here’s something you probably don’t see everyday. It’s a body styling upgrade kit for the Toyota LandCruiser. Developed by Wald International, the ‘Black Bison’ package certainly adds some flare to the off-roader. 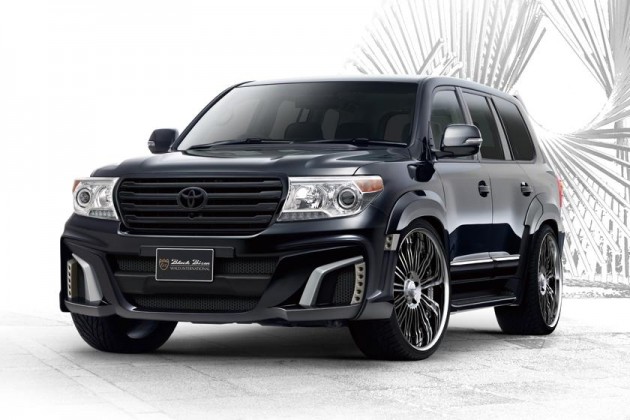 From the front the Wald International Black Bison kit adds an aggressive new front bumper bar complete with a sharp lower spoiler to aid… umm, high-speed downforce, as well as silver highlighted side intake sections for some contrast. There’s also a blackened front grille to give a sinister look.

Down the sides you’ll notice modified wheel arches which are made more muscular thanks to 40mm extensions front and rear. There’s also a set of side skirts to match the sharp front end. 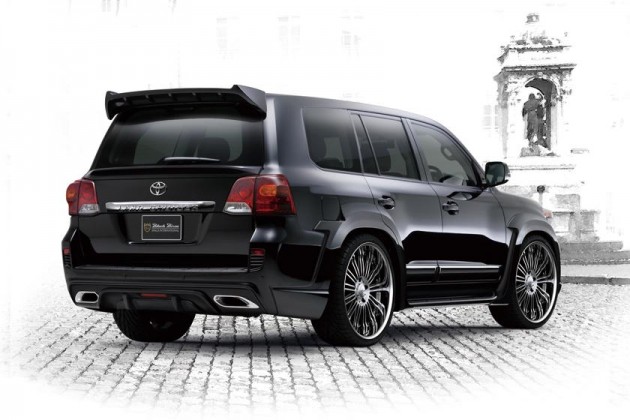 At the back, the first thing you’ll likely notice is the large tailgate/roof-mounted spoiler. Down below that is a new bumper bar infused with a semi-racing-style diffuser section with fins. The diffuser encases a new twin-outlet exhaust layout either side.

In terms of under-bonnet performance, Wald International hasn’t specified what can be done. In standard form, the current ‘Cruiser comes with either a 4.6-litre petrol V8 with 228kW and 439Nm, or a 4.7-litre twin-turbo diesel V8 with 195kW and 650Nm.

Overall, the package definitely stands out as something a lot different, especially as the LandCruiser is already an enormous imposing machine to start with.

The kit is available from 525,000 Japanese Yen (approximately AU$5730, after a straight conversion).