Volkswagen has unveiled a unique new SUV concept at the 2013 North American International Auto Show in Detroit. Called the Volkswagen CrossBlue Concept, the masculine off-roader could preview an upcoming model for the US market. 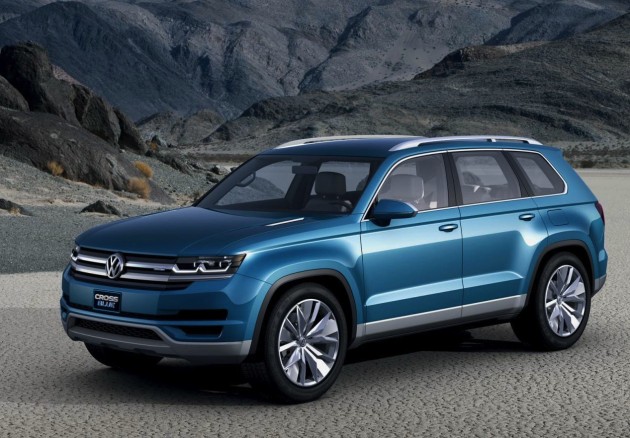 Despite the seemingly massive stance, the CrossBlue is actually positioned above the Tiguan but underneath the large Touareg. It also rides on a version of the MQB (Modular Transverse Matrix – Modularer Querbaukasten) platform, which also underpins the new VW Golf Mk7.

With a clever use of the platform, Volkswagen has developed a 2+2+2 seating layout, with six seats in total. Volkswagen says there is room for a seven-seat configuration if the concept is well-received, and if there is a demand for it to go into production. 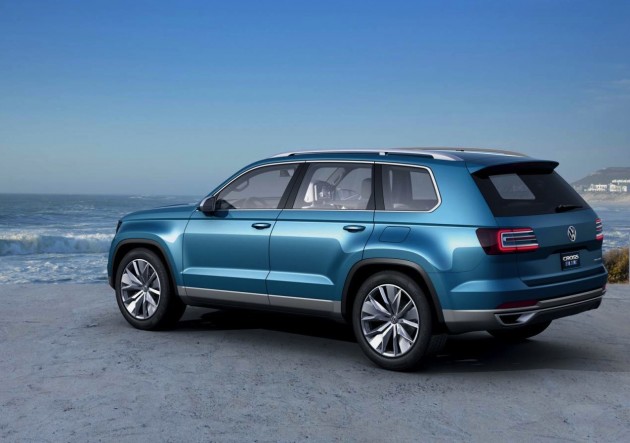 Engine specifications are comprised of a turbo-diesel hybrid, combining a TDI diesel with 140kW and 400Nm with an electric motor. A combined output is rated at a respectable 224kW and 700Nm, allowing for 0-100km/h dashes in just 7.0 seconds.

The vehicle can drive in pure electric mode for a range of up to 23km. When driven in hybrid mode, there’s a potential range of 1064km when using the 70-litre diesel fuel tank. An equivalent average fuel economy rating stands at just 2.1L/100km. 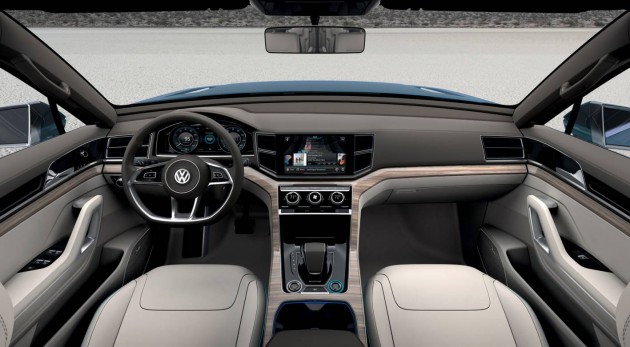 As for the interior, it features a range of multimedia platforms, including Apple iPads on the backs of the front seats. The dash incorporates a large 10.2-inch touch-screen as well which features all the usual functions you’d expect in a modern vehicle.

Most of the upholstery is leather, however, some aspects of the dash are trimmed with unique banana tree wood inlays, as well as plenty of aluminium.

As mentioned, there are no plans for the CrossBlue to go into production at this stage, but if US and Canadian consumers like it, VW may change its mind.