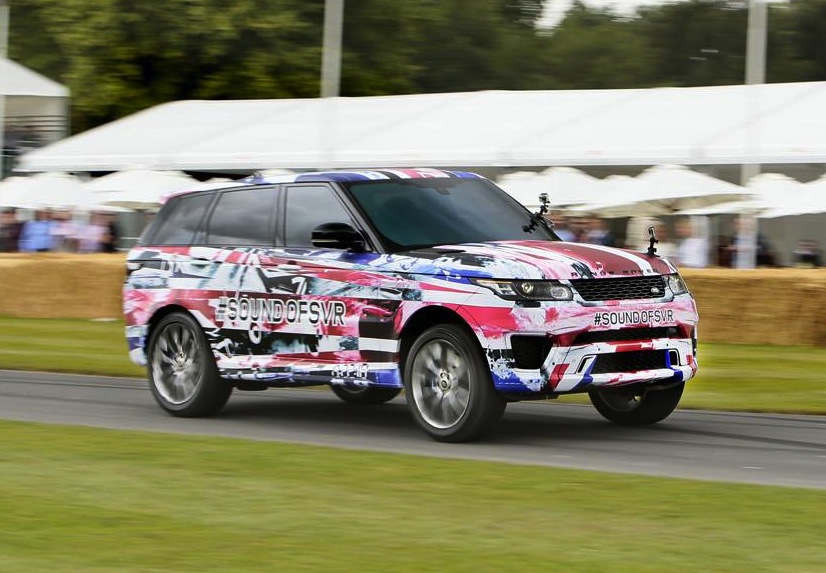 The upcoming Range Rover Sport SVR – previously thought to be called RS – is being previewed once again. This time we see the new performance SUV being belted up the hill climb at the Goodwood Festival of Speed. 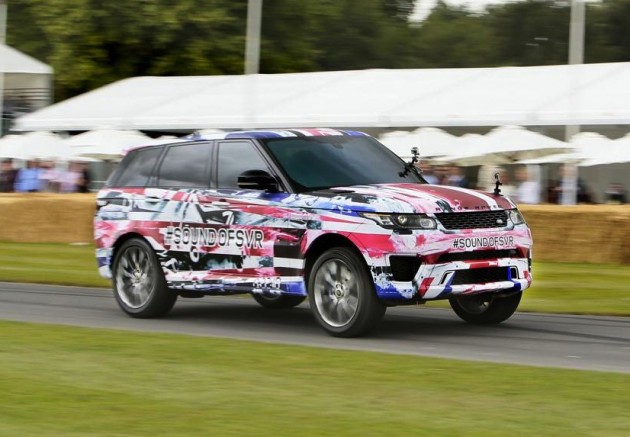 As previously reported, the new model will be Range Rover’s fastest and most powerful model ever made. Instead of the 375kW 5.0-litre supercharged V8 as featured in the Sport, power will be lifted to 405kW and 680Nm. Land Rover spoke about the debut, saying,

“Crowds at Goodwood Festival of Speed got an early preview of Land Rover’s new 550PS Range Rover Sport SVR last weekend. Land Rover’s fastest and most powerful ever production vehicle was unleashed from its box and roared up Goodwood Hill, wowing onlookers at the Festival.” 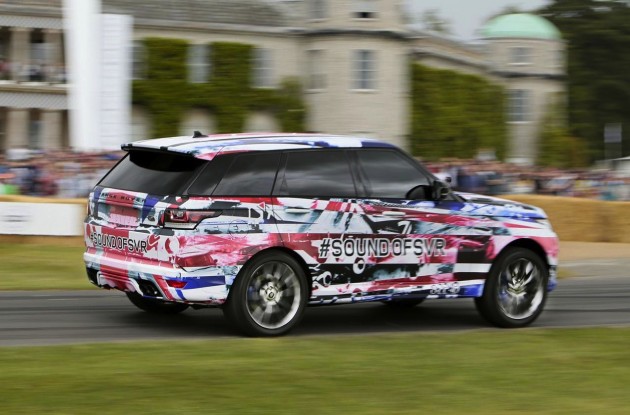 In other areas, the new model is expected to feature bespoke sports suspension with adaptive settings, as well as uprated brakes with multi-piston calipers. The package is believed to be put together by the company’s new Special Operations division.

The prototype was shipped from the Nurburgring Test Centre in Germany where it has been undergoing loads of testing. Land Rover is also using the Goodwood hill climb to test the vehicle before it goes into production early next year.

Take a look at the video below to see how she goes, and sounds.