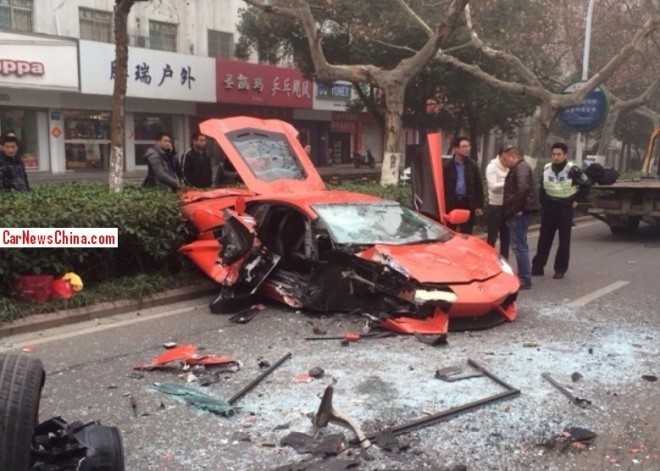 It’s a sight that would make any self-respecting car lover weep; a Lamborghini Aventador LP700-4 destroyed after coming off second best against a bus in China. With most of the right side of the Lambo ripped completely off, it seems likely this great car is set for the scrap heap. 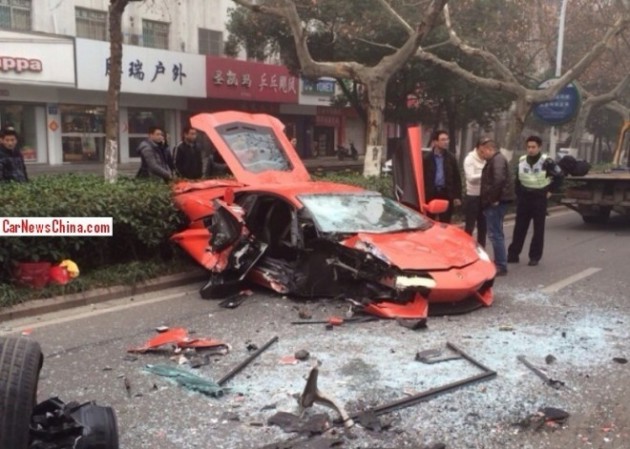 According to Car News China, where these images first appeared, the Aventador crashed into the bus at Hefei in Anhui Province. The driver of the car was un-injured, remarkably, but several people on the bus were taken to hospital for treatment.

The heartbreak won’t stop for the car’s owner, with reports the Aventador didn’t have any numberplates. This is illegal in China and means the 7.38 million yuan (AUD$1.38 million) he forked out for the car won’t be paid out in his insurance. Ouch.

As you can see, the V12 supercar is completely torn apart. There’s no right side of the car left, and the wheel and suspension is clean stripped off the chassis.