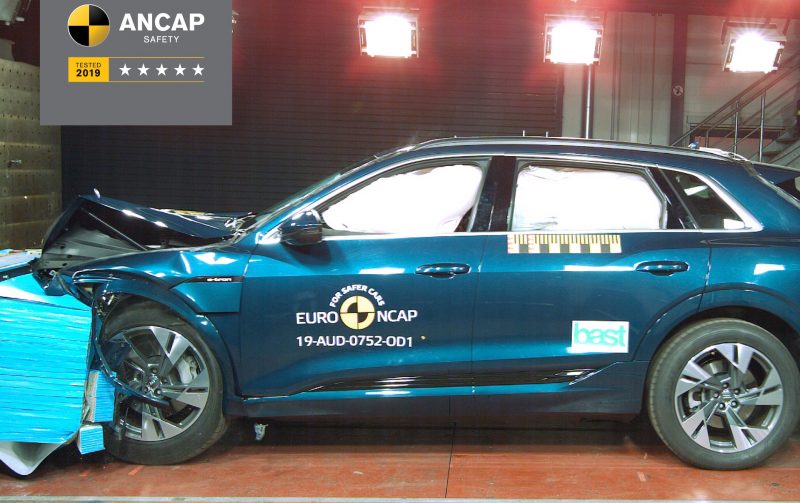 The new Audi e-tron, which has only just arrived in Australia, has been crash tested in Europe by NCAP and now our local ANCAP authority has assessed the results, while considering local specification, and given it the full five-star rating. 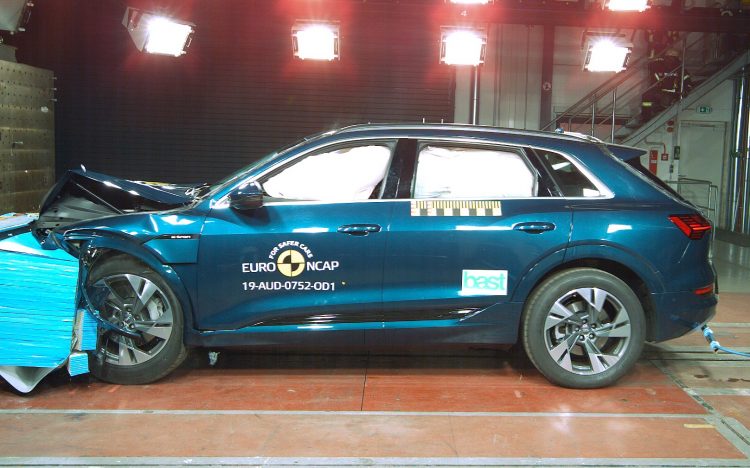 This is Audi’s first fully electric vehicle for Australia, and it is pitched squarely at the likes of the Jaguar I-PACE (review here), the upcoming BMW iX3, and the Mercedes-Benz EQC. It’s based on the VW Group MLB platform and features a 95kWh battery system. Two electric motors provide all-wheel drive, with a 265kW output, or up to 300kW during boost.

“The battery electric Audi e-tron is well-equipped with a range of safety features and technologies, and offers a high level of protection to child occupants. A score of 91 per cent was achieved for its protection of adult occupants, yet engineers noted a slight concern for driver chest protection in the oblique pole test.”

In terms of its safety assist technologies the Audi e-tron was given 78 per cent by ANCAP. Results show the Audi’s speed assist system was given 1.25 out of 3.0, while all other areas scored higher than 75 per cent. The overall score given for this section was 10.2 out of 13.

Lastly, in the area of vulnerable road user protection (pedestrian safety) the e-tron was given a score of 71 per cent. Out of the five main areas (head impact, upper leg, lower leg, autonomous braking for pedestrian, and braking for cyclists), the head impact scored the lowest. It was rated 15.23 out of 24. The overall score given for this section was 34.4 out of 48.

Check out the crash test footage below to see how it performed. The e-tron is expected to officially launch very soon, although prices are yet to be confirmed.