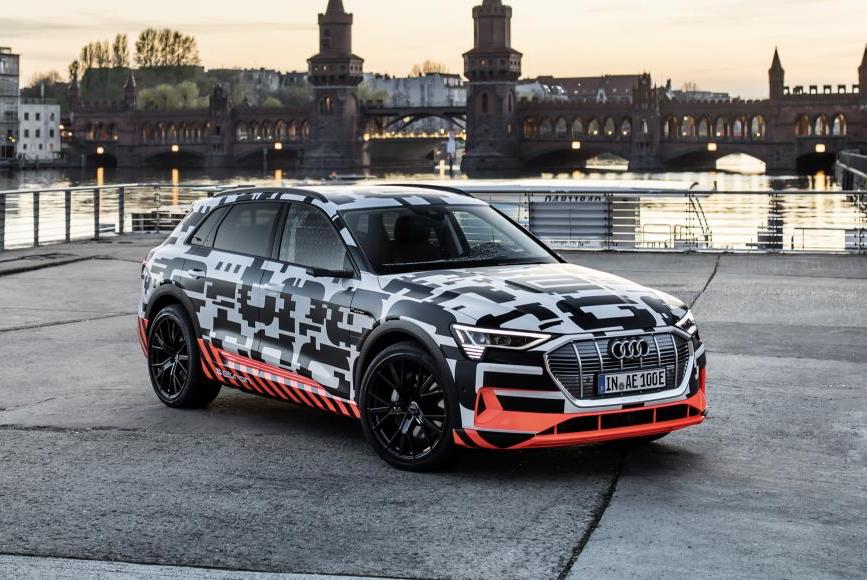 Some more details of the upcoming Audi e-tron quattro have been revealed, along with some preview images showing a camou’ed prototype. 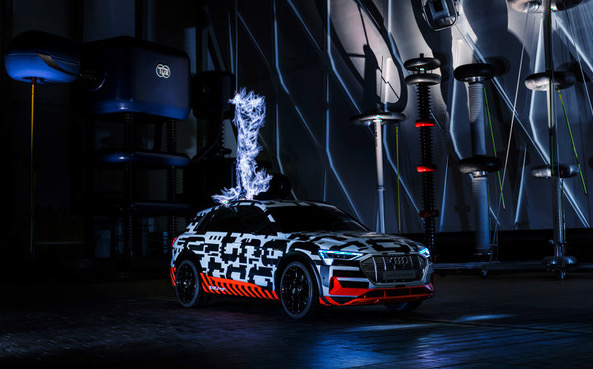 The Audi e-tron quattro will be the company’s answer to cars such as the new Jaguar I-PACE, and it’ll rival the upcoming BMW iX3 and the Mercedes-Benz EQC SUVs. In the latest PR stunt Audi took a prototype to the Siemens switchgear plant in Berlin to aim a flashover voltage at the SUV to create some cool lightning bolts above its roof.

Some hard facts have been confirmed though, regarding the charging systems. The SUV will come with a 95kWh lithium-ion battery mounted under the floor, providing up to 400km of range, and 320kW and 800Nm to the wheels. Users will be able to recharge the vehicle in a number of ways. The quickest will be through the high-power, 150kW charging stations set up around Europe. Currently there are around 200 stations but this number will grow to 400 over the coming years.

Users will also be able to recharge using any of the AC public charging stations around Europe. Around 65,000 are available at the moment. It can be charged using the standard 11kW plug or buyers can go for an optional 22kW unit.

With the standard 11kW system and a 400-volt three-phase outlet it takes around 8.5 hours to fully recharge. There’s also the option to use a normal 230-volt household socket at 2.3kW. Audi says the charging system is clever enough to monitor energy consumption in the household to prevent overloading, while users will also be able to program usage for certain times of the day. 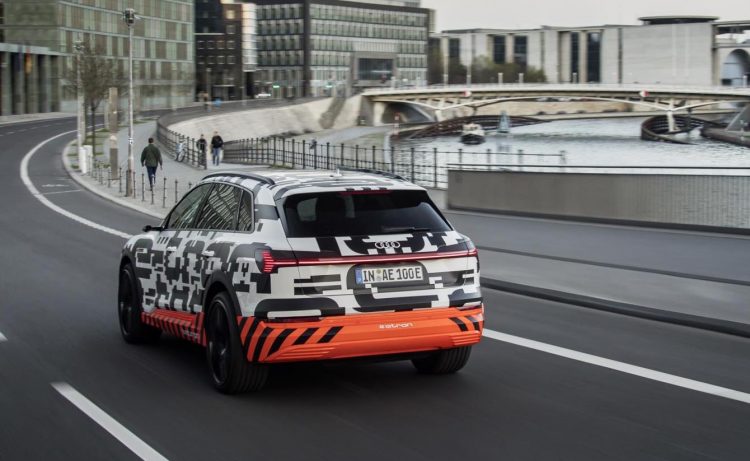 Audi has been thoroughly testing prototypes around the world to make sure the e-tron lives up to its standards. Extreme climate testing has been conducted at temperatures as low as -20 and up to 50+ degrees Celsius. Engineers have been testing on various terrains as well, including on snow in Scandinavia and on rough dirt roads in high altitudes in Asia, as well as punishing laps at the Nurburgring.

The e-tron quattro is just one of many all-electric models planned to launch from Audi over the next few years, with up to 20 electric and plug-in hybrid models planned to arrive by 2025. Rupert Stadler, Audi AG chairman, said:

“Audi sets an important milestone for the company’s future with its first purely electrically powered model. In 2020 we will have three all-electric vehicles in our product range, with a four-door Gran Turismo – the production version of the Audi e-tron Sportback concept – and a model in the compact segment joining the sporty SUV.”

The e-tron is scheduled to go on sale at the end of 2018 in Europe, with a public debut to take place a little later in the year. 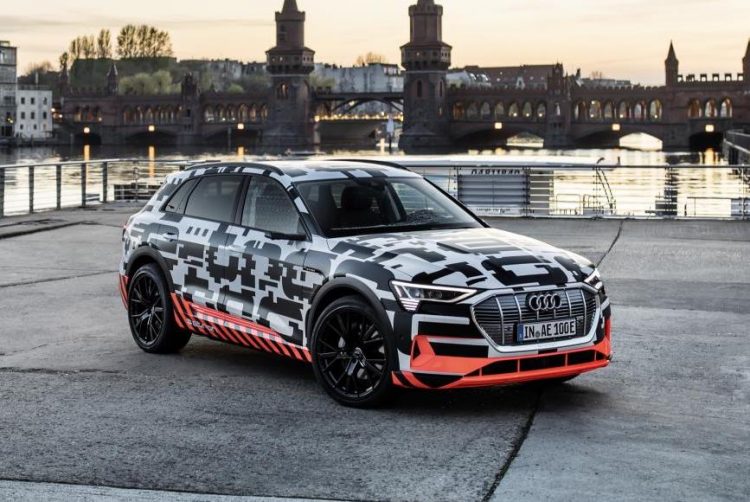