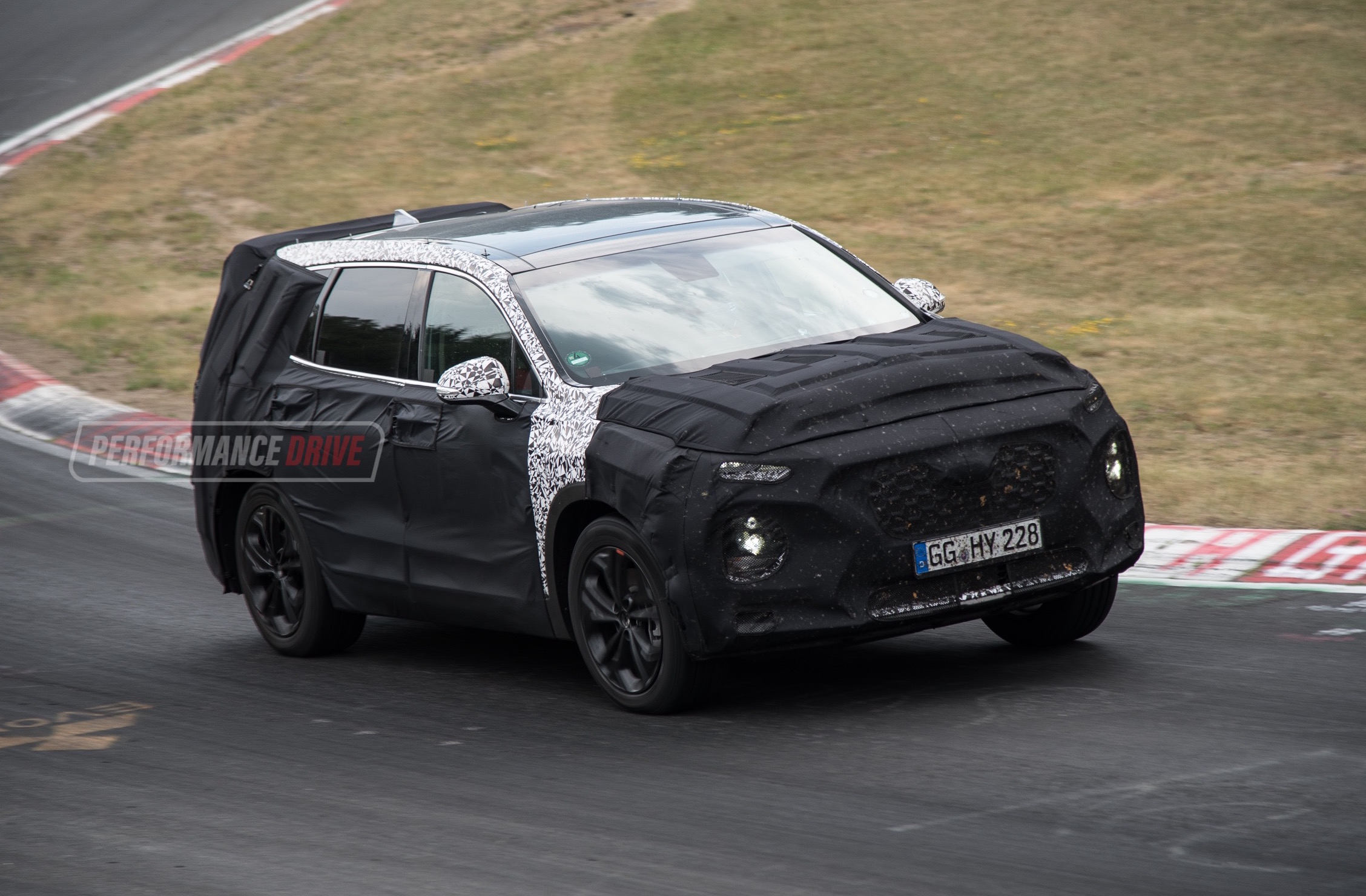 Some details of the next-gen, 2019 Hyundai Santa Fe are starting to come through, with rumours indicating it will debut as soon as February next year. 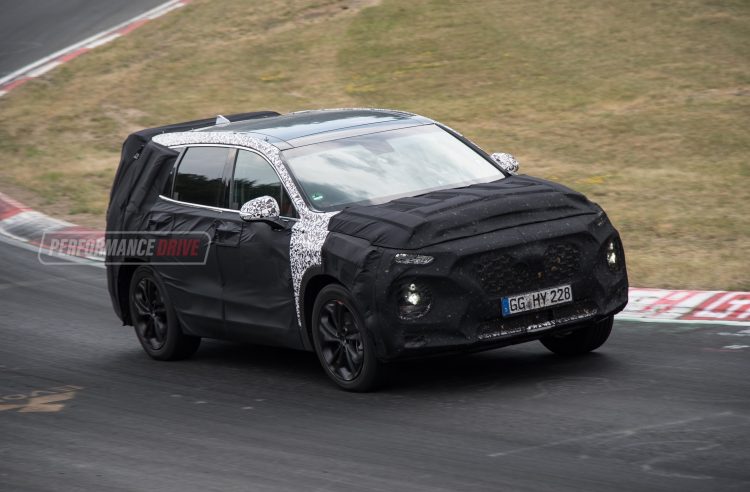 According to reports the new model will adopt some of the styling language seen on the all-new Kona compact SUV. The Kona is quite daring in the design department, born out of Hyundai’s Californian design studio. It features a squinted headlight design with the main beams located lower down where fog lights would normally be.

You can see some of this in prototypes that have been spotted. Earlier this year we spotted some early prototypes at the Nurburgring that featured heavy cladding. But since then other more revealing versions have been seen out on the streets exposing Hyundai’s latest inverted ‘cascading’ grille design and the Kona-esque lighting setup.

It’s believed the new model will retain the same engine lineup as the current model, including the 2.2-litre turbo-diesel and 3.3-litre petrol V6. Outputs might alter somewhat as new emissions gear is said to be applied (at least in some markets). At the moment the 2.2 diesel produces 147kW and 440Nm, and the 3.3 petrol develops 199kW and 318Nm.

We believe the new model will drop the 2.4i petrol and instead use the 2.0-litre turbo-petrol which is used in the Sonata. In that it produces 180kW and 353Nm. Even Hyundai’s 1.6-litre turbo could replace the 2.4i, as its 150kW and 265Nm outputs could more than live up to the 138kW/241Nm output of the 2.4i. Moving to a turbo unit could see decent fuel economy and emissions benefits.

In the latest Sonata the 2.0T uses a fresh eight-speed automatic as opposed to the dual-clutch auto seen in all forms of the 1.6T. The eight-speed would make more sense in the Santa Fe’s case.

As far as we know the new model will switch to a new platform from the current Hyundai-Kia Y6 to the Y7 layout. The Y7 is also used to underpin the latest Sonata and Optima. With the new platform, cabin space and packaging is set to improve, and the kerb weight may drop, while inside a refreshed dash is likely to adopt a tablet-style touch-screen mounted at the top as seen on the new Kona and i30.

Speaking with PerformanceDrive, Hyundai public relations manager Guido Schenken confirmed the new model will arrive in Australia during the first half of 2018.