Another car manufacturer has decided to pull the wraps of a new model before its public debut at the 2013 Geneva Motor Show next month. This time it’s Bentley with the 2014 Bentley Flying Spur. 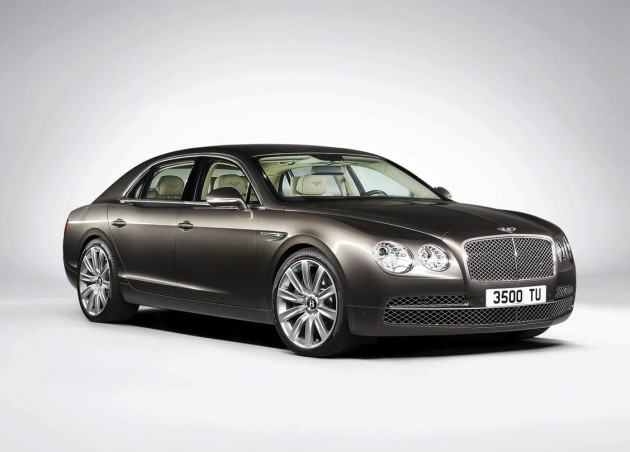 The Volkswagen-owned British company showed a preview sketch of the new model just a couple of weeks back, but this is the first time it has been seen in the metal.

Upon first inspection, the front looks fairly similar to the outgoing model, however, switch your focus to the rear and you’ll notice some very dramatic changes indeed.

The rear end showcases a longer and more elegant overhang, with flush new all-red taillights. The rear fixtures are noticeably cleaner fitting as well, giving off a kind of shaved look. 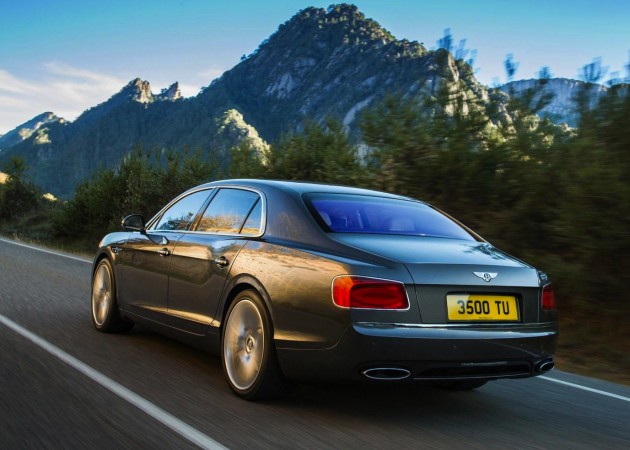 Underneath it all, the Flying Spur’s structure has been made four per cent stiffer thanks to chassis reinforcements. The high-speed land yacht is also 50kg lighter, with the introduction of an aluminium bonnet and front guards, and a polymer composite boot lid.

Power for the new flagship sedan comes from a majestic 6.0-litre twin-turbo W12 engine producing a massive 460kW and an equally monstrous 800Nm of torque. It’s capable of hurtling the big beast from 0-60mph (97km/h) in just 4.3 seconds, partly thanks to its all-wheel drive system, and on to a top speed of 322km/h (200mph). This makes it the most powerful, quickest and fastest production Bentley sedan ever created. 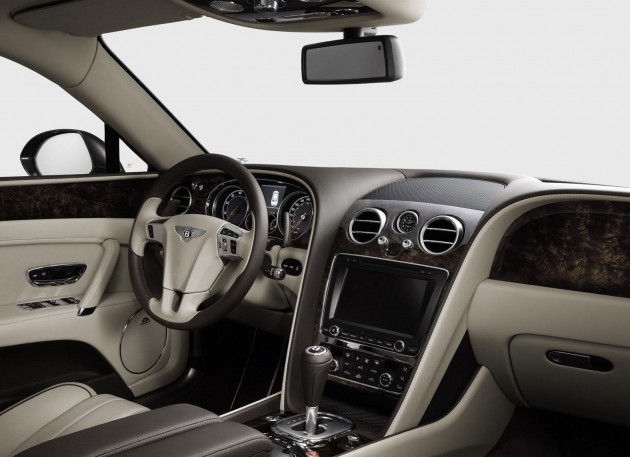 The 2014 Flying Spur has received some attention in the handling department too, but not in the way you might assume. The anti-roll bars have been softened by 13 per cent and 15 per cent to improve single wheel impact absorption, while the suspension bushes all round are softened by at least 25 per cent to reduce road noise and vibration. So although the tweaks haven’t sharpened up the handling, the ride and comfort has been enhanced.

Inside, it’s all about pampering luxury, fine materials, and utter comfort, of course. There’s wood veneers on the dash and door trims, a central LCD multimedia unit with WI-FI compatibility and a 64GB hard drive in the dash, and lots of two-tone leather covering almost every surface. In other words, it’s better appointed than most lounge rooms.

The new model is expected to go on sale later this year.