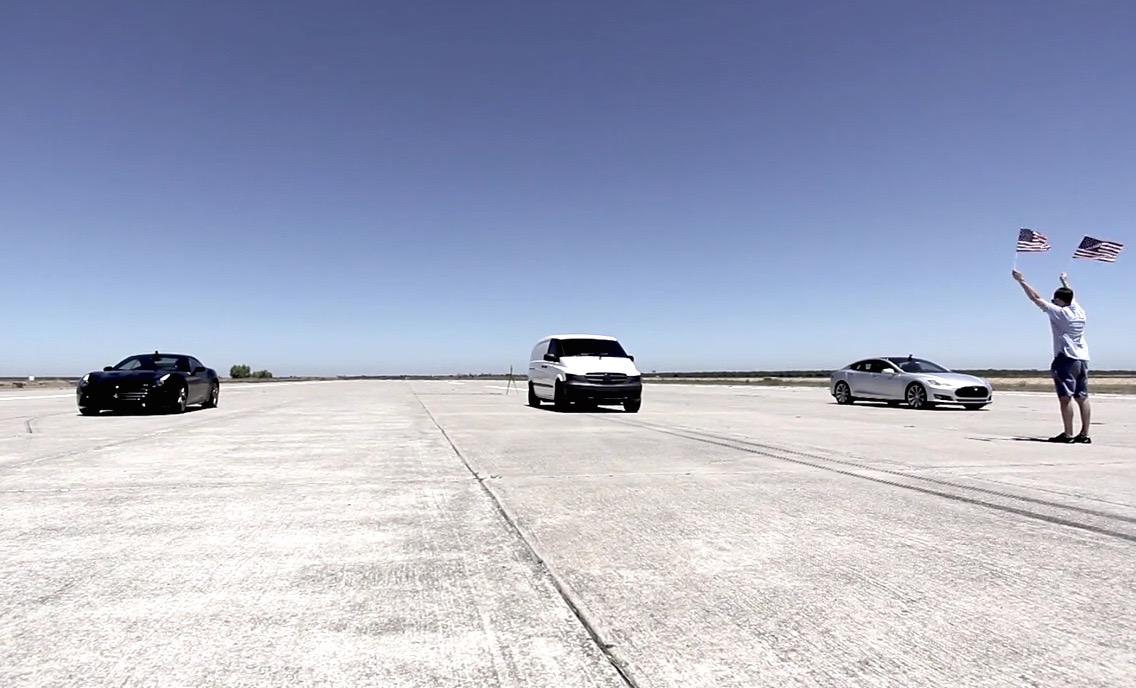 Another day, another EV start-up hungry for Tesla’s scalp. This one actually includes former Tesla talent, in the form of Peter Rawlinson, who was the vice president and chief engineer for Model S.

The latest video to drop sees the van drop below the 3-second range and dust off a Dodge Viper and BMW i8.

How did it achieve this? Instead of a European diesel four-banger, the van is powered by an Atieva 87kWh battery pack and electric motor with an output of 670kW.

What’s the endgame here? This is a prototype powertrain with production intentions, which will see Edna shed her van silhouette in favour of an Audi A7-like executive car by around 2018, with two crossovers to follow by 2021.

Interestingly, Atieva is backed by Jia Yueting, who also invests in LeEco and Faraday Future. The latter has been spotted testing Lincoln-based prototypes with autonomous LIDAR tech and potential battery power.

More info can be found at the Atieva website here.