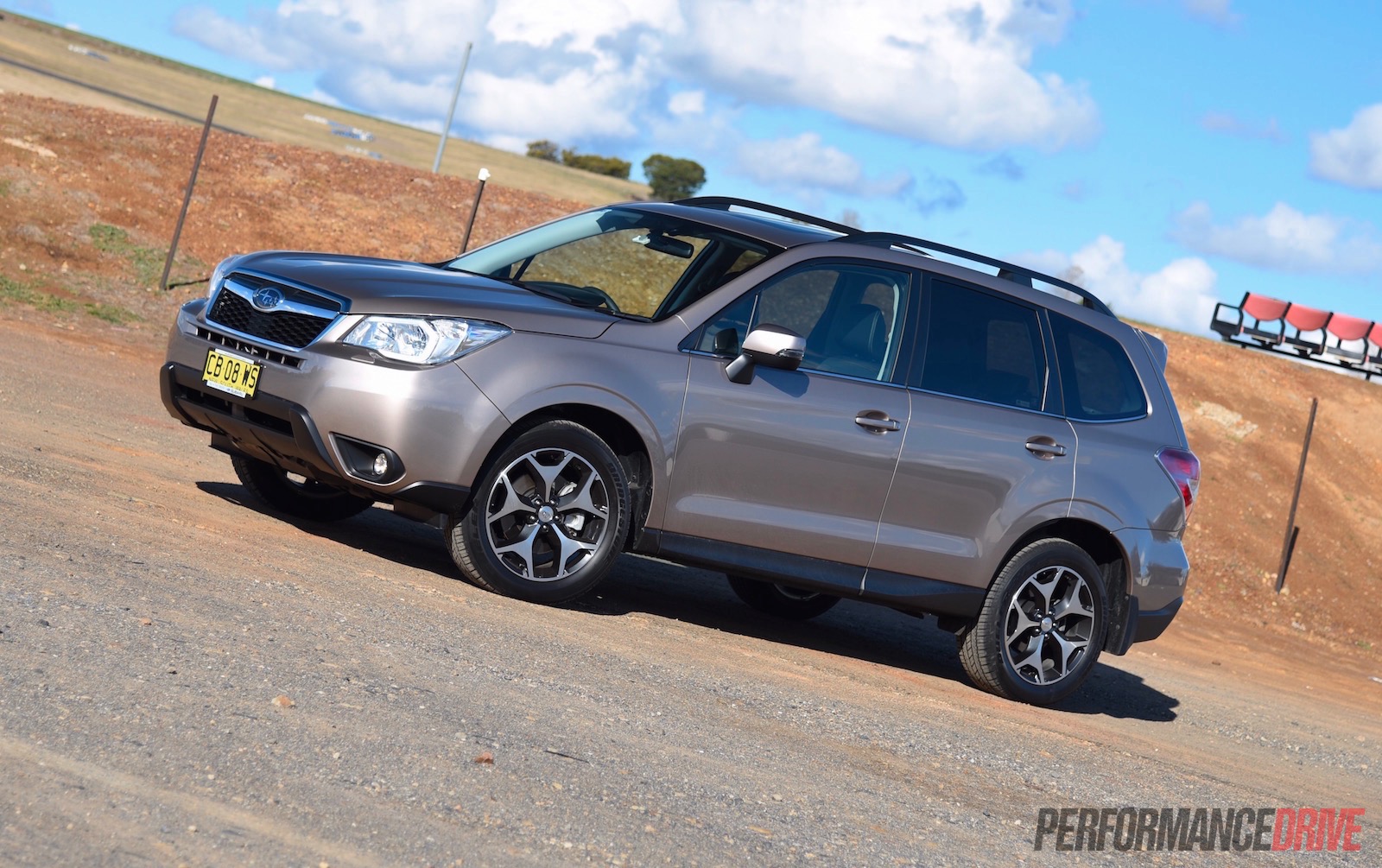 The Subaru Forester is one of those vehicles that you can’t help but admire. Since its introduction in the late 1990s it has been a safe-haven for families, adventurous retirees, and even youngsters that need a ride to carry mates to music festivals. It has also garnered itself a bit of a cult following with rev-heads (’04 2.5 XT, we’re looking at you). So, how does the latest 2015 2.0D-S model shape up? 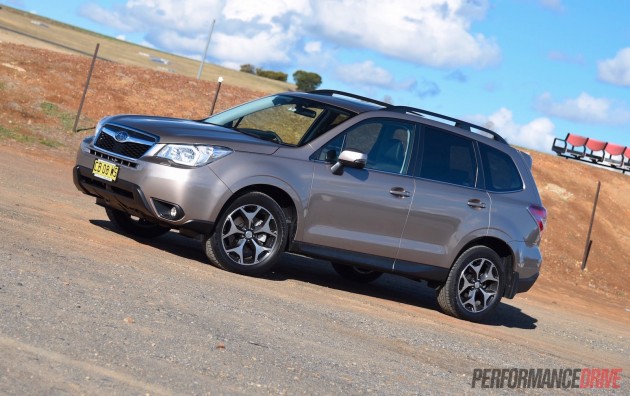 Subaru was on somewhat of a hot-streak throughout the turn of the millennium. But in recent years the Forester has had to bulk up to keep up with the demands of the majority of the buying public. As a result, styling has been, well, questionable.

In the highly competitive market segment, the Forester is fighting but not leading the charge. That crown goes to the Mazda CX-5 with over 20 per cent market share (12,489 units sold so far this year), followed by the Nissan X-Trail (9272), and the Toyota RAV4 (9160). This leaves the Forester in fourth position with 5678 units sold.

Subaru has done some fiddling around with the prices of nearly all its models to try and sharpen the appeal, with the manual diesel dropping $3000 compared with the MY14. With the new CVT auto – a first for the diesel – prices start at $35,490. This flagship 2.0D-S auto (as tested) starts from $41,490. At this price it is one of the more affordable packages out of the top contenders. 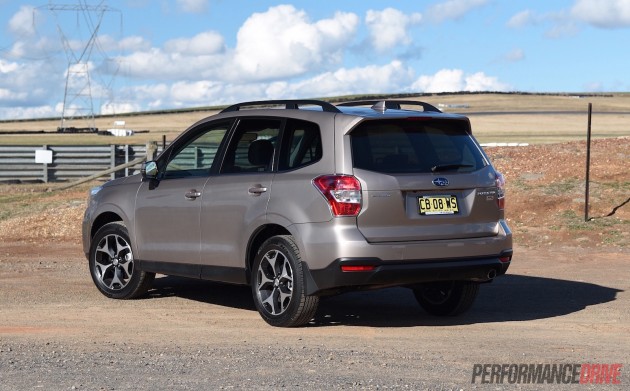 One of the first things you notice stepping inside the Forester is that Subaru has employed a great balance of design aesthetics, combined with rugged and functional materials. The end result is a cabin that while luxurious, for a $40k urban runaround, is robust enough that you won’t feel bad stepping in with muddy boots or loading up the back with sand-covered kids.

Subaru has really stepped up in terms of interior quality across its range, and the Forester has received the same treatment with a refreshed central console featuring an appealing contrast of glossy-black and silver. It remains uncluttered, ergonomic and attractive for its everyday function.

Admittedly, the design used on the Forester does not stand out in any real fashion in comparison to the CX-5 or even the RAV4. Instead, it blends in to this part of the market, ensuring no buyer out there will feel like the grass is greener on the Mazda or Toyota side.

The eight-way power adjustable heated leather front seats on this D-S model are a particularly welcomed addition, and have a more rugged feel that suggests a lifetime’s support for your derrière. Other standard luxuries for the D-S; there’s a huge panoramic sunroof, power tailgate with memory height, keyless entry, xenon automatic headlamps with washers, and 18-inch alloys.

If you were loading up the kids for a trip down to the snow, the Forester is right up there on the list of vehicles up for the job… apart from one little hindrance. Underneath the panel in the boot there is a full-sized spare which hasn’t been hidden away deep enough. It eats into cargo volume. Having said that, with its taller proportions, you can still pack a family-sized load into the rear, or a 400L refrigerator with the rear seats folded (we’re all about thorough reviews here at PerformanceDrive). 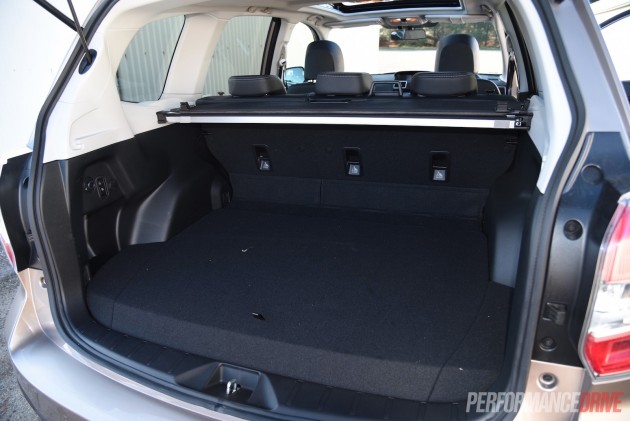 The cabin is quiet. Really quiet, thanks to great sound insulation and low tyre roar making its way into the cabin. Obviously being a diesel there is that slightly gravelly note while accelerating, especially on cold starts, but at speed the Forester is relaxing and understated. The rear of the cabin is spacious for passengers of all shapes and sizes too, and thanks to its tall stature, there’s ample headroom for passengers over six foot.

Subaru’s StarLink infotainment system comes as standard on the 2.0D-S, which made its first appearance in the late MY14 Liberty and Outback models. The system responds to multi-finger gestures like pinching to zoom the standard sat-nav map, and now features voice recognition. StarLink is easy to setup with your phone, and now comes packed with Pandora audio streaming capability (if you have the smartphone app). There is also an auxiliary input and two USB inputs which will prove popular on long distance treks.

In terms of safety, the Forester has scored a five-star ANCAP rating. It comes with curtain, dual front and side airbags and even knee protection, along with stability and traction control, and hill descent control for seriously steep off road conditions. 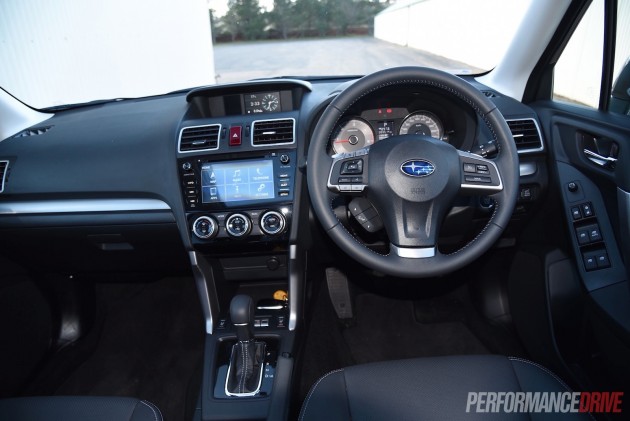 Brett Davis contributed to this portion of the review

The Forester is an immensely comfortable car to drive thanks to a reassuring reserve of low-down torque to get you off the mark and up to speed. Subaru has employed its Lineartronic CVT technology in the Forester, and calibrated the transmission so that with anything over 65 per cent throttle, a seven-speed step-shift ratio works away and mimics a traditional automatic. Under 65 per cent throttle, a seamless ratio gets to work with no gaps in power delivery or jerkiness.

Fuel economy is one area that the Forester can really hold its own with the competition, meeting Euro 6 emission requirements, partly thanks to the CVT transmission. ADR figures claim a combined cycle of just 6.4L/100km, and we averaged 7.6L/100km. This is very respectable economy for a constant all-wheel drive vehicle.

MacPherson struts at the front and a multi-link rear ensure a stable ride at speed, with relatively low body roll through the corners. Combined with Subaru’s symmetrical AWD system makes the Forester feel nothing but planted and stable at all times. The steering feels quite mechanical, in a good way, with progressive feel under load and good communication coming through the column. It is more of a 4×4 than a hatchback in terms of handling, but it does hold on with surprising confidence if you ever decide to get enthusiastic down a mountain road.

Off the road, the Forester is a relentless package. Subaru has done well to acknowledge that a large portion of Forester buyers aren’t actually the Latté-sipping, Bondi-to-Bronte socialites. The more premium brands like Range Rover and the Germans have that all but covered. Subaru has instead designed a vehicle that will run on the sniff of an oily rag and transport people in comfort on several hundred (even thousand) kilometer treks, while standing up to a fair amount of punishment in between.

It can tackle conditions that would be out of depth in the competition, with a high ground clearance of 220mm (one of highest in class) and well-protected/concealed under-body components. There is no locking differential, but then, this segment is hardly for the really hardcore off-road enthusiasts. It does come with a handy limited-slip differential in the centre though to keep front-to-rear wheel speed in sync. Overall, we’re happy saying the Forester is one of the most capable off-roaders in the class. 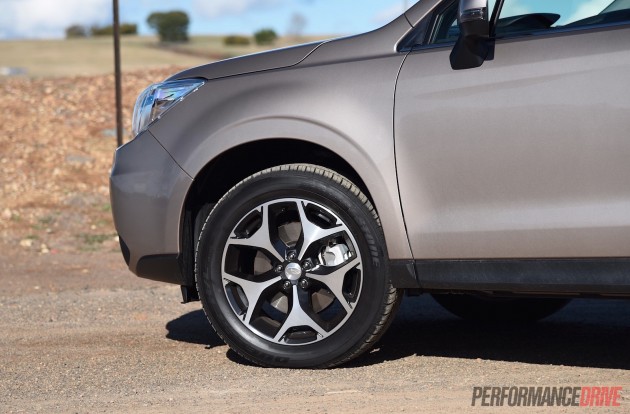 This is the perfect vehicle for those with active and adventurous lifestyles, but it’s also a brilliant all-rounder. The foundations are strong and mechanical and provide real 4×4 ability, yet you can clean it off and use it as a luxury cruiser in the evening and enjoy good economy. With the CVT auto, the diesel is now able to reach out to a wider range of buyers. This is a highly recommended vehicle.