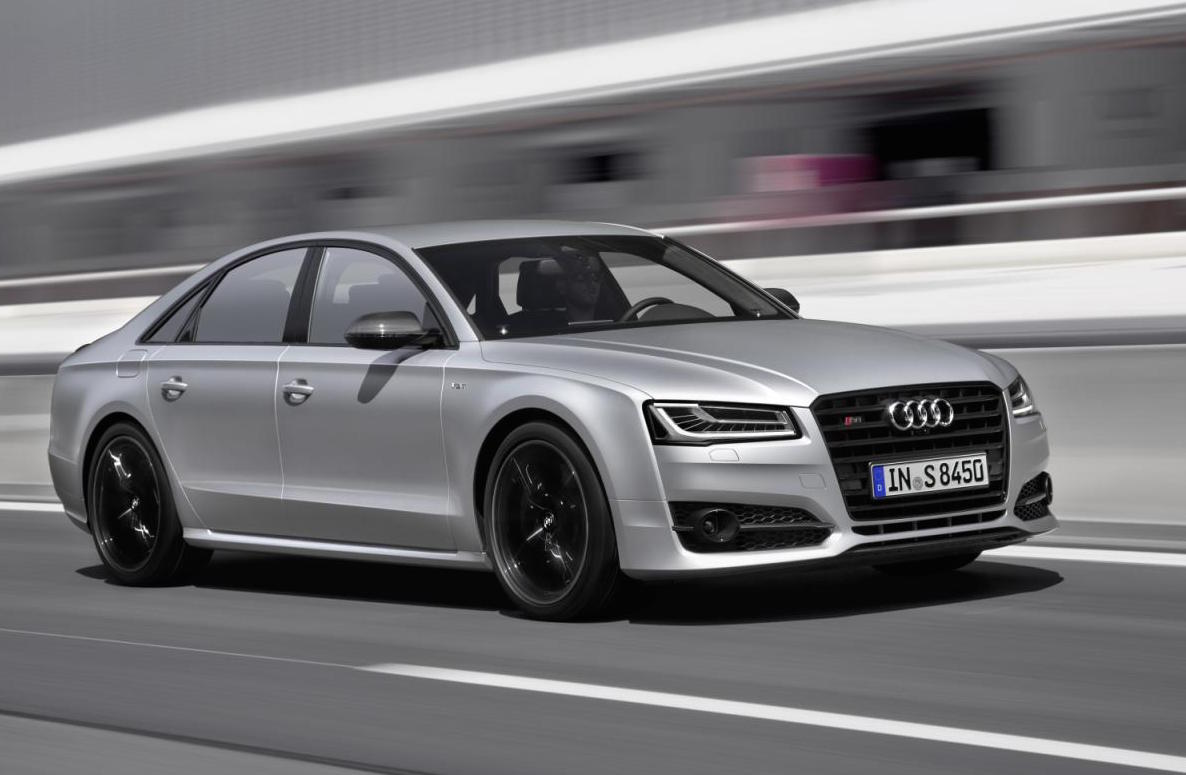 If you’re after a super-fast large luxury limousine, you might want to check this out. It’s called the Audi S8 Plus, and it is the quickest production large luxury sedan in the world. 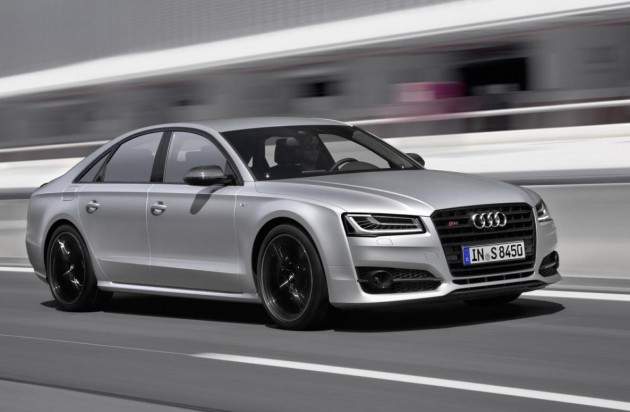 In the engine compartments sits a 4.0-litre twin-turbo V8 producing a colossal 445kW of power and 700Nm of torque. This is up on the standard S8’s 382kW and 650Nm effort.

Nail the throttle off the line and you’ll cover 0-100km/h in just 3.8 seconds, and if you keep it pinned you’ll run into a limited top speed of 305km/h. In short, it is the quickest accelerating sedan in its class.

Aside from the boost in output, the ‘Plus’ edition also comes with a distinctive exterior package including a revised front end and grille layout, with highlights in matt black and carbon fibre, standard matrix LED headlights, and a rear lip spoiler which can be had in carbon fibre too. A set of bespoke 21-inch dark alloy wheels complete the look.

For the equipment list, the S8 Plus gets tweaked adaptive air suspension as standard, carbon ceramic brakes with Audi logos on the calipers, and a number of unique touches to the interior such as brushed aluminium trimmings and cushy sports seats covered in diamond-pattered leather.

Audi Australia hasn’t confirmed if the S8 Plus will be added to the local lineup, however, it will go on sale in Germany in November priced from 145,200 euros.