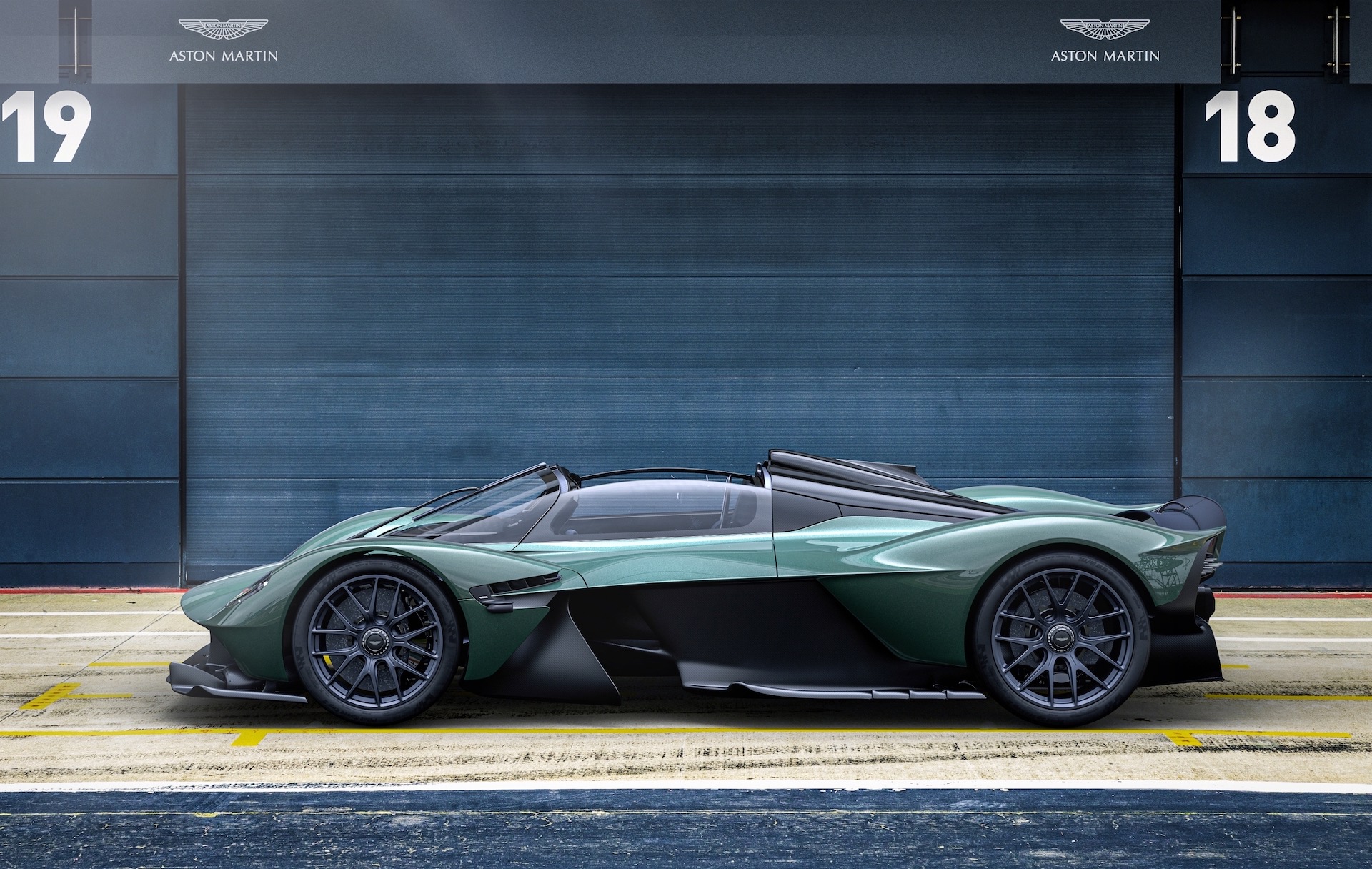 This is it. The extravagantly bold and unbelievably fast Aston Martin Valkyrie Spider, as previewed last week. Needless to say, it becomes one of the most extreme open-top production cars money can buy. 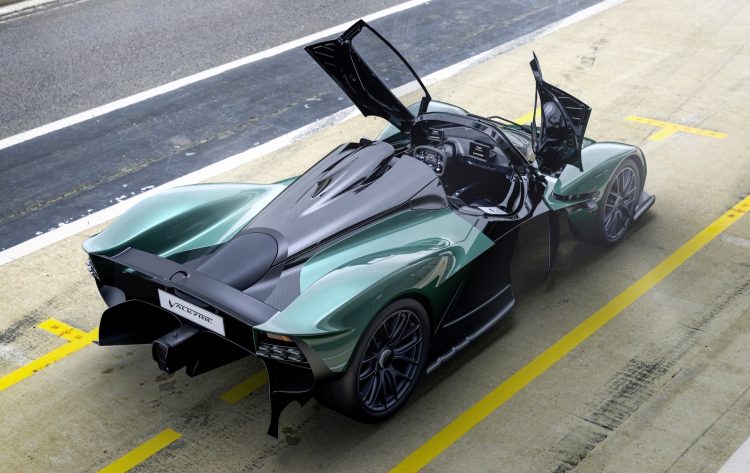 Despite added reinforcements that are usually required for convertibles over their fixed-roof counterparts, Aston Martin says the weight gain here is “marginal” over the coupe. That’s thanks to revisions to the carbon fibre structure, with a recalibration of the chassis and active aero.

Speaking of aerodynamics, Aston Martin says the new Valkyrie Spider generates up to 1400kg of downforce at 240km/h, when in track mode. Since the car itself weighs around 1100kg (coupe), the car could theoretically drive upside-down. Huge venturi tunnels run on either side of the cockpit like with the coupe, and you’ll probably notice the big rear wing and race-like front splitter.

Power comes from the same 6.5-litre naturally aspirated V12 as featured in the coupe, capable of revving to 11,000rpm. It develops a whopping 850kW (1155PS), and is able to propel the Spider up to 330km/h with the roof removed, or 350km/h-plus with the roof on. Aston Martin confirms it is the fastest road-legal open-top model it has ever made. 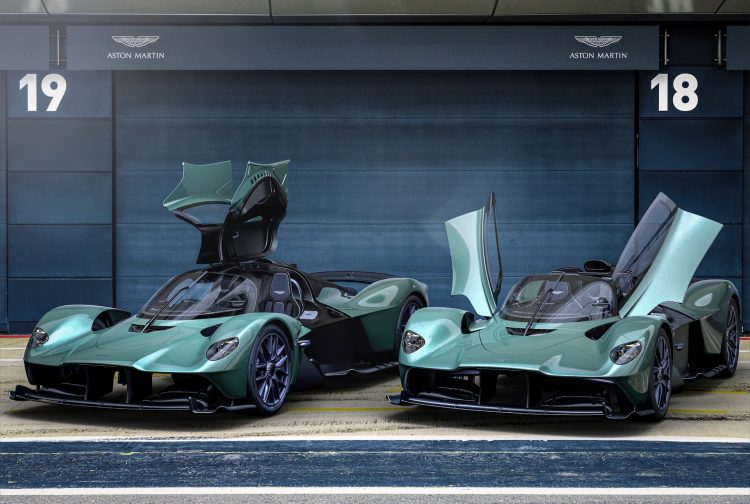 The roof is of course made from carbon fibre and consists of a single central panel that attaches to the tub at the back and the windscreen at the front. Polycarbonate roof windows are also used, hinged on either side. To remove it, users simply have to open the doors and lift it out. As such, the Valkyrie Spider features unique doors compared with the coupe. Speaking about the new model, Aston Martin CEO, Tobias Moers, said:

“The Aston Martin Valkyrie is the product of incredible innovation and technology, but above all it has always been about emotion. With the Valkyrie Spider we are taking that passion and emotion to the next level. The driving experience promises to be truly sensational. The sound of that 6.5-litre V12 engine revving to over 11,000rpm with the roof removed is something I cannot wait to hear.”

Aston Martin is planning to build just 85 examples of the Valkyrie Spider. The company says orders are over subscribed, so allocations will begin shortly. It will be made in both right- and left-hand drive, with the first deliveries scheduled to commence in the second half of 2022.