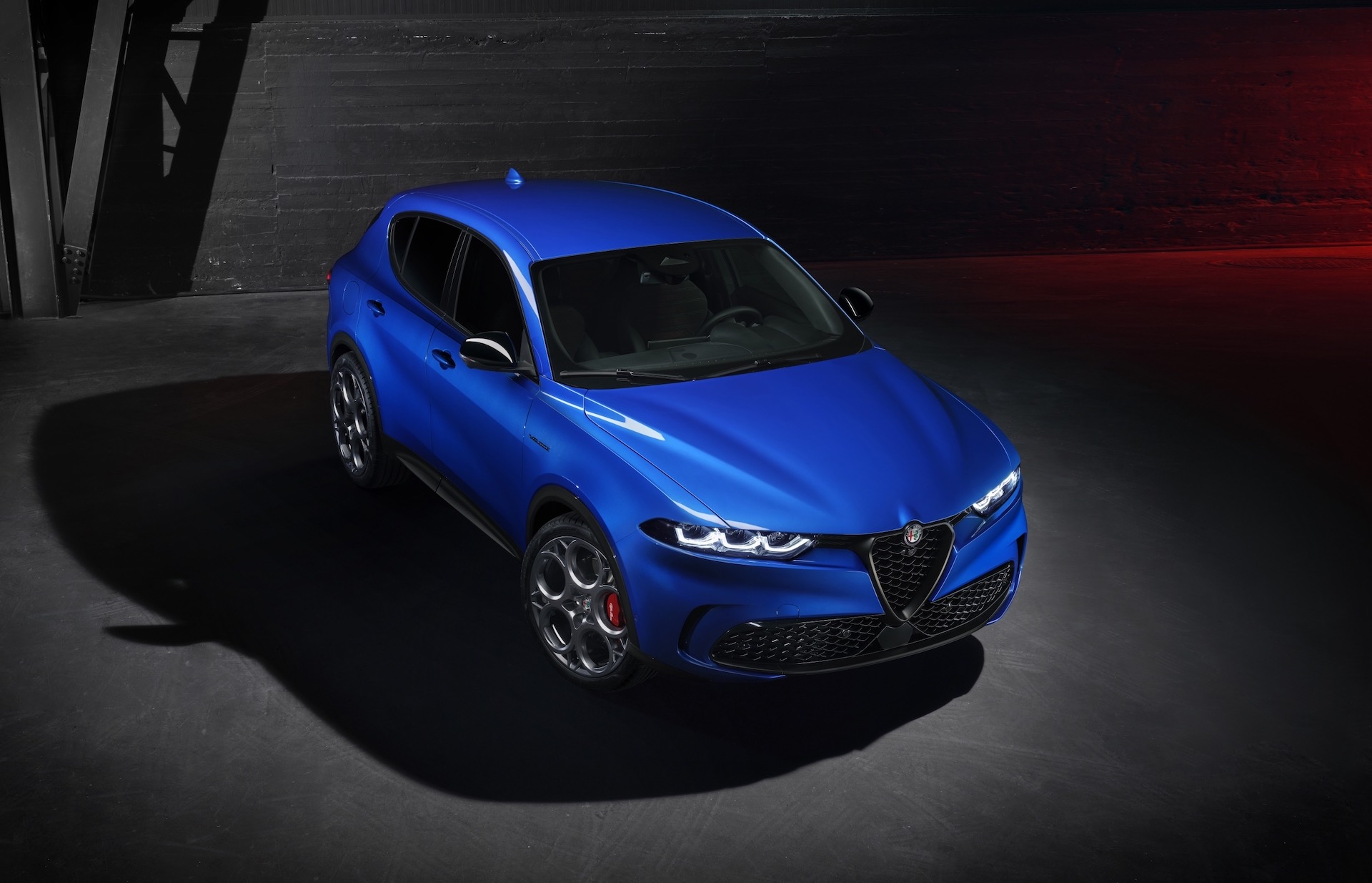 After some leaks yesterday Alfa Romeo has taken the wraps of a hugely important model for the manufacturer, in the form of its Tonale small SUV. It is Alfa’s first small SUV, its first electrified vehicle, and first all-new model in more than half a decade. 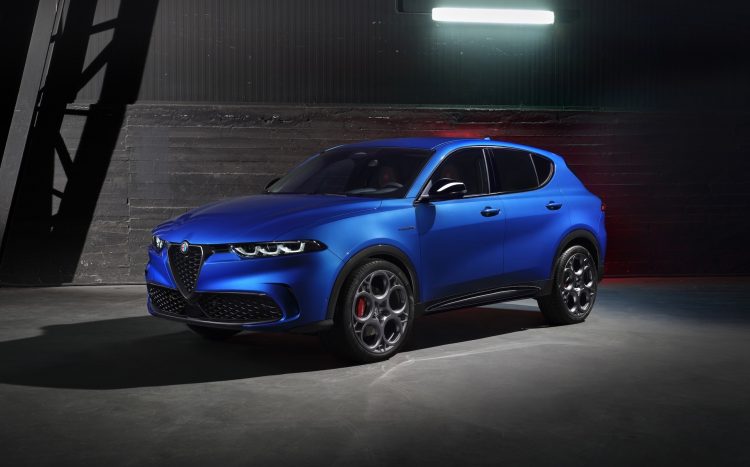 The Tonale rides on Stellantis’s small wide 4×4 platform, which you’ll find underpinning cars like the Jeep Compass and Renegade, measuring in at 4530mm long, 1840mm wide, 1600mm tall and offering a wheelbase of 2636mm.

The platform supports hybrid and plug-in hybrid (PHEV) architectures, and while there’s no firm timing yet on when the Tolane will receive an all-electric variant, it’s clear to see the platform can accommodate electric motors and a battery pack. 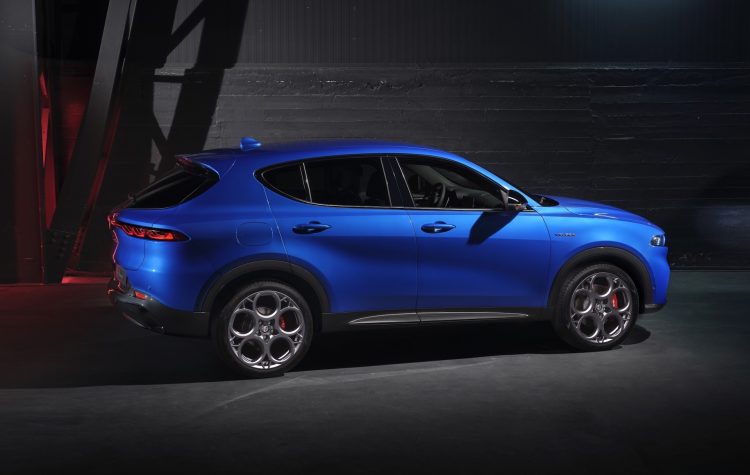 In Europe, buyers will have the option of a PHEV, featuring a 1.3-litre turbocharged four-cylinder paired with a 15.5kWh battery pack producing a combined 205kW (275hp), offering 0-100km/h sprints in a claimed 6.2 seconds. This variant comes with Alfa’s Q4 all-wheel drive system, and offers a claimed electric driving range of over 60km.

A 1.5-litre turbocharged four-cylinder petrol paired with a 48-volt mild-hybrid system that adds 15kW/55Nm for a total 119kW (160hp) output will also be offered, with power put to the front wheels via a seven-speed dual-clutch transmission.

The Middle East and North American markets look set to be offered a 2.0-litre turbocharged four-cylinder producing 188KW, paired with a nine-speed automatic and all-wheel drive platform, with a 96kW/320Nm 1.6-litre turbo-diesel powertrain planned for the left-hand-drive European market, too. 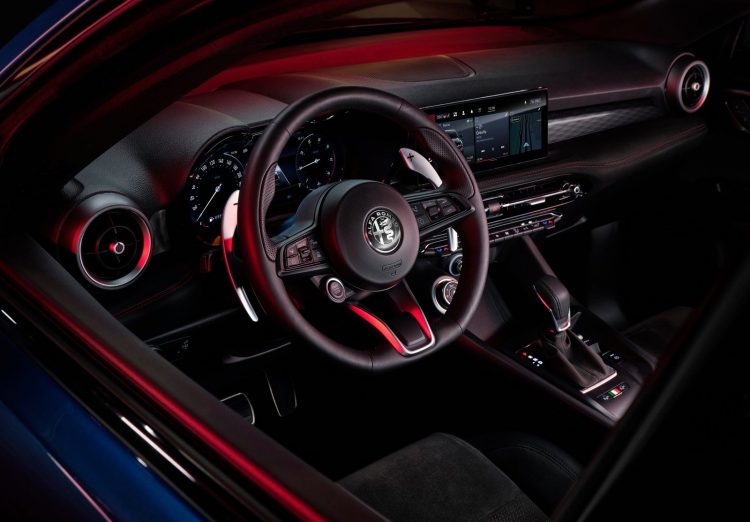 Alfa says the Tonale will feature perfect 50:50 weight distribution, MacPherson strut suspension front and rear, the tightest steering rack of any small SUV, as well as an electronic locking differential and four-piston Brembo brakes, depending on the variant. Regenerative braking will also be offered in certain models.

In terms of styling, the production version of the Tonale stays remarkably true to the design concept that first popped up back in 2019, with an emphasis on sleek, clean lines across the bodywork, a continuous streak of taillights at the rear, and of course, Alfa’s trademark Trefoil shield grille.

We’ll let you be the judge of the styling, but it’s fair to say that it doesn’t deviate too dramatically from the design language already used by darlings of the premium small SUV market, like the Audi Q3, BMW X1, Jaguar E-PACE and the Mercedes-Benz GLA. 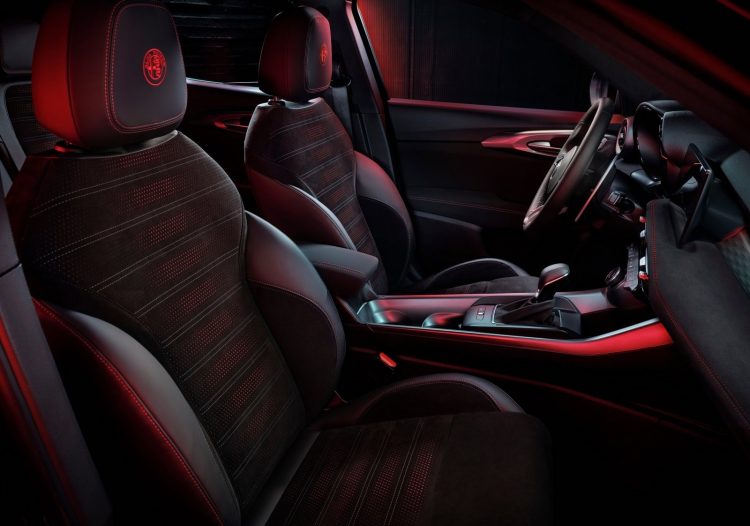 Alfa is yet to confirm prices and specs for Australian deliveries, but these will become clear as we approach the Tonale’s official local launch in early 2023. Initially, buyers in Australia are set to be offered a single mild-hybrid option, with Alfa seemingly interested in pushing its plug-in hybrid to markets that have proper restrictions and regulations surrounding emissions.