According to the Guinness World Records, the Bugatti Veyron Super Sport that was used to test its top speed was modified. This means it breached the rules and has since been dethroned from the title as the world’s fastest production car. 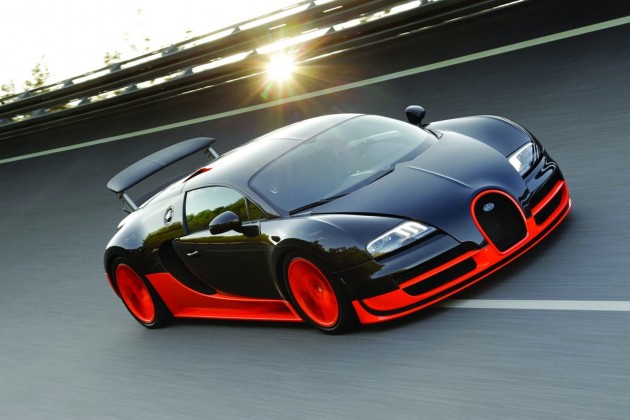 In July 2010, the Bugatti Veyron Super Sport hit an official top speed of 431km/h, making it the fastest production car in the world. The serious high speed runs were performed on Volkswagen’s Ehra-Lessien test track, which has a dizzying 9km straight. 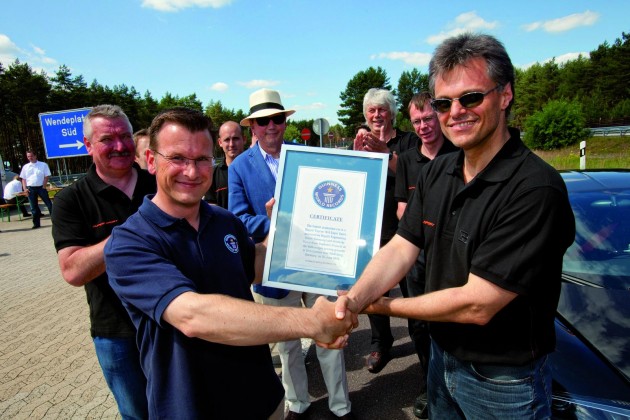 Despite this epic speed, the Guinness World Records team has found a slight breach of the rules by Bugatti. The Veyron Super Sport is actually limited to 415km/h from the factory, and the car used in the test was delimited, which means, technically, it’s not a production car. Jaime Strang, PR director of Guinness said,

“It has come to the attention of Guinness World Records that there was an oversight in its adjudication of the ‘Fastest production car’ which was set in 2010 by the Bugatti Veyron 16.4 Super Sport.

“As the car’s speed limiter was deactivated, this modification was against the official guidelines. Consequently, the vehicle’s record set at 431.072 km/h is no longer valid. Following this, Guinness World Records is reviewing this category with expert external consultants to ensure our records fairly reflect achievements in this field.”

So what car is next? As reported last week, the mighty Hennessey Venom GT could have a crack at claiming the record. The car has recorded a top speed of 427km/h, however, in order for it to be recognised by Guinness the Venom has to complete the run in both directions and then the average is taken down.

As for Bugatti, the company is not too bothered by the stripping. We all know the Super Sport is an insane production car and can technically hit monstrous speeds. A spokesperson from the company said,

“Guinness knew the Veyron’s speed limiter was deactivated but that for safety reasons, cars subsequently sold to customers would have their speed limiters activated. It’s not a hard blow if we lose this title. The Super Sport is more than just a world-record car.”