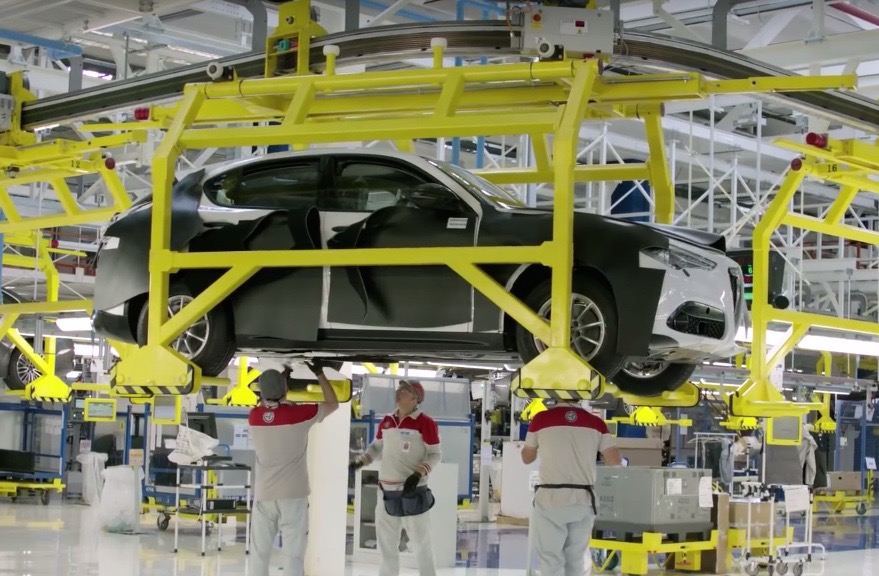 The best look yet at Alfa Romeo’s new Stelvio SUV has slipped out (intentionally or not, we don’t know) via a production facility video. 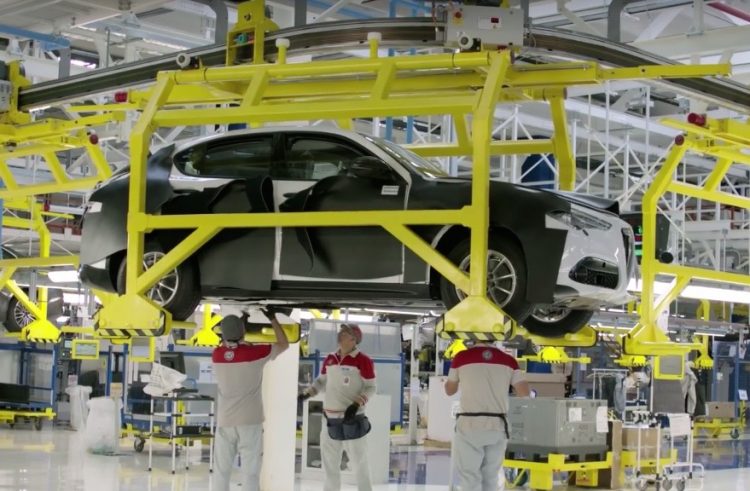 Fiat Chrysler Automobiles released the video onto its official YouTube channel, giving viewers a walk-around demo inside its Cassino production facility in Italy. This is the factory where the new Giulia sedan is built.

It’s also the factory where the Stelvio will be built. While the video is in Italian and talks mostly about the Giulia, at about the 1:18 mark there is a quick look at a Stelvio on the production line.

The Stelvio front end is partially revealed, confirming the traditional V grille layout, with slim headlights that appear similar to the ones on the Giulia. You can also make out the roofline, which looks rather bulbous and round, almost like a hatchback.

Judging by the small alloy wheels we could be looking at the base model. Alfa is expected to launch a number of different variants, including in turbo-petrol and turbo-diesel four-cylinder forms. A top QV performance variant might also be on the cards.

As we heard just the other day, the Stelvio – named after the glorious mountain pass in Italy – is set to be fully revealed at the LA auto show in November. Alfa will probably give it an earlier online debut like most carmakers do. Market entry is likely to commence by mid-2017. It’s going to be the first ever production SUV with an Alfa badge on it.