Australian Marcos Ambrose has taken his first victory in the 2012 NASCAR Sprint Cup championship after a thrilling last lap stoush at the Watkins Glen road course in New York. 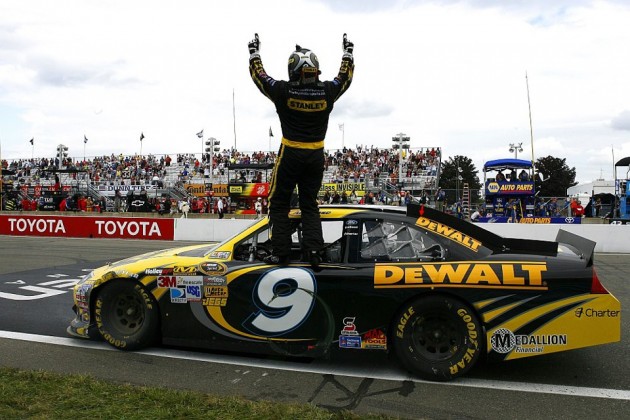 Ambrose was running third on the final lap of the 355-mile race behind Brad Keselowski and leader Kyle Busch, but after Keselowski spun Busch around, the former V8 Supercars champ found himself in second and right on the tale of the Dodge driver. 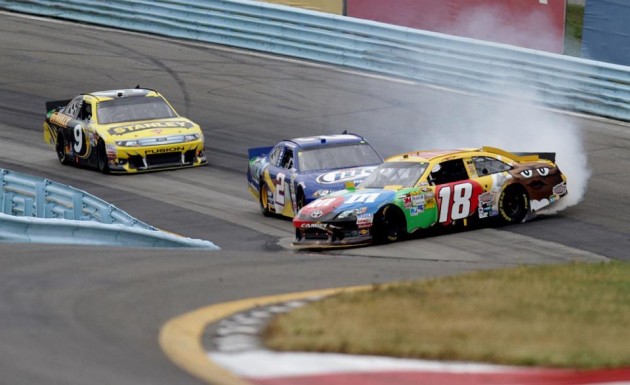 Ambrose then made his way past a couple of corners later and held off his feisty rival to take the chequered flag for the second time at Watkins Glen in two years.

The Richard Petty Motorsports driver said post-race it was a crazy way to finish the Finger Lakes 355.

“It was absolutely chaos at the end,” Ambrose said.

“The three cars were very evenly matched.  Kyle got a head start on us there and I was trying to chase him and I burned my tires off it and I really burned off the brakes and I thought, ‘Man, I’m gonna be stuck here in second,’ and all of a sudden I’m starting to slide around in some oil and I couldn’t work out where it was coming from, whether it was from my car or if it was on the track, and then I saw Kyle backing up to us and then brake up past me, and it was absolutely crazy at the end. 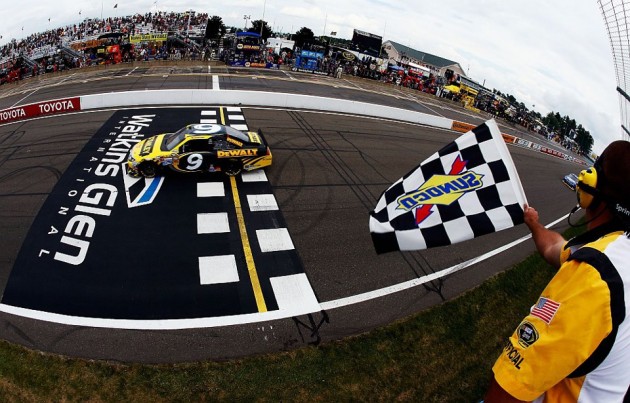 “But just a huge thank you to Richard Petty Motorsports, Stanley, Ford and everyone on our program.  It’s just a real thrill to be back in Victory Lane.  We earned it.  We were up there with the big boys and led a lot of laps today and we had to pass a lot of cars to get the win and we did it.”