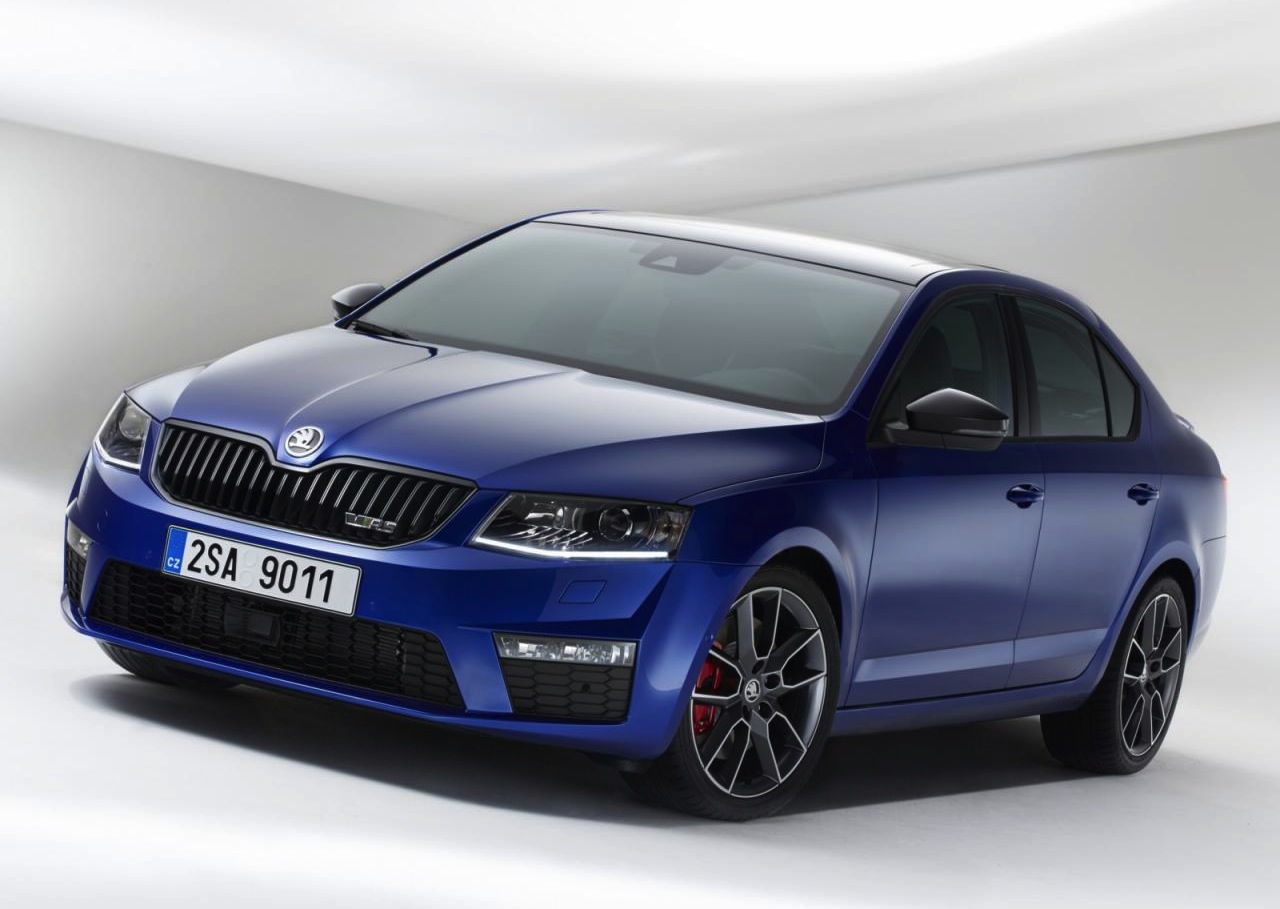 The new 2014 Skoda Octavia RS sports sedan and wagon have been unveiled ahead of their Goodwood Festival debut next month. Equipped with the updated VW Golf GTI engine, the new model is the most powerful and fastest yet. 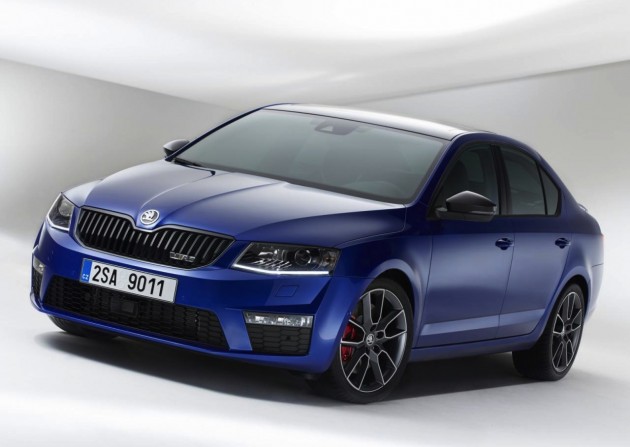 Under the bonnet of the crisp new mid-sizer sits a 2.0-litre turbocharged four-cylinder engine producing 162kW of power. It enables punchy acceleration, with 0-100km/h coming up in a brisk 6.8 seconds. The top speed is rated at 248km/h.

Aside from the boosts in under-bonnet performance, the 2013-2014 version comes with sports suspension with a lowered (12mm) ride height, up to 19-inch alloy wheels, as well as a XDS electronically locking front differential to make best use of the power.

“Our latest model stands for horsepower and fuel efficiency and, at the same time, for emotion and rationality. Never before has an Octavia vRS been so fast and dynamic and yet so spacious, convenient, safe and comfortable as the third generation of our compact sports car.”

The package also comes with bi-xenon headlights with LED daytime running lights, a traditionally subtle bodykit including neat yet sporty front and rear bumper bars and spoilers, black highlights, with a dressed up interior to match.

Market entry will take place later this year. Skoda Australia is yet to finalise prices and exact local specifications.