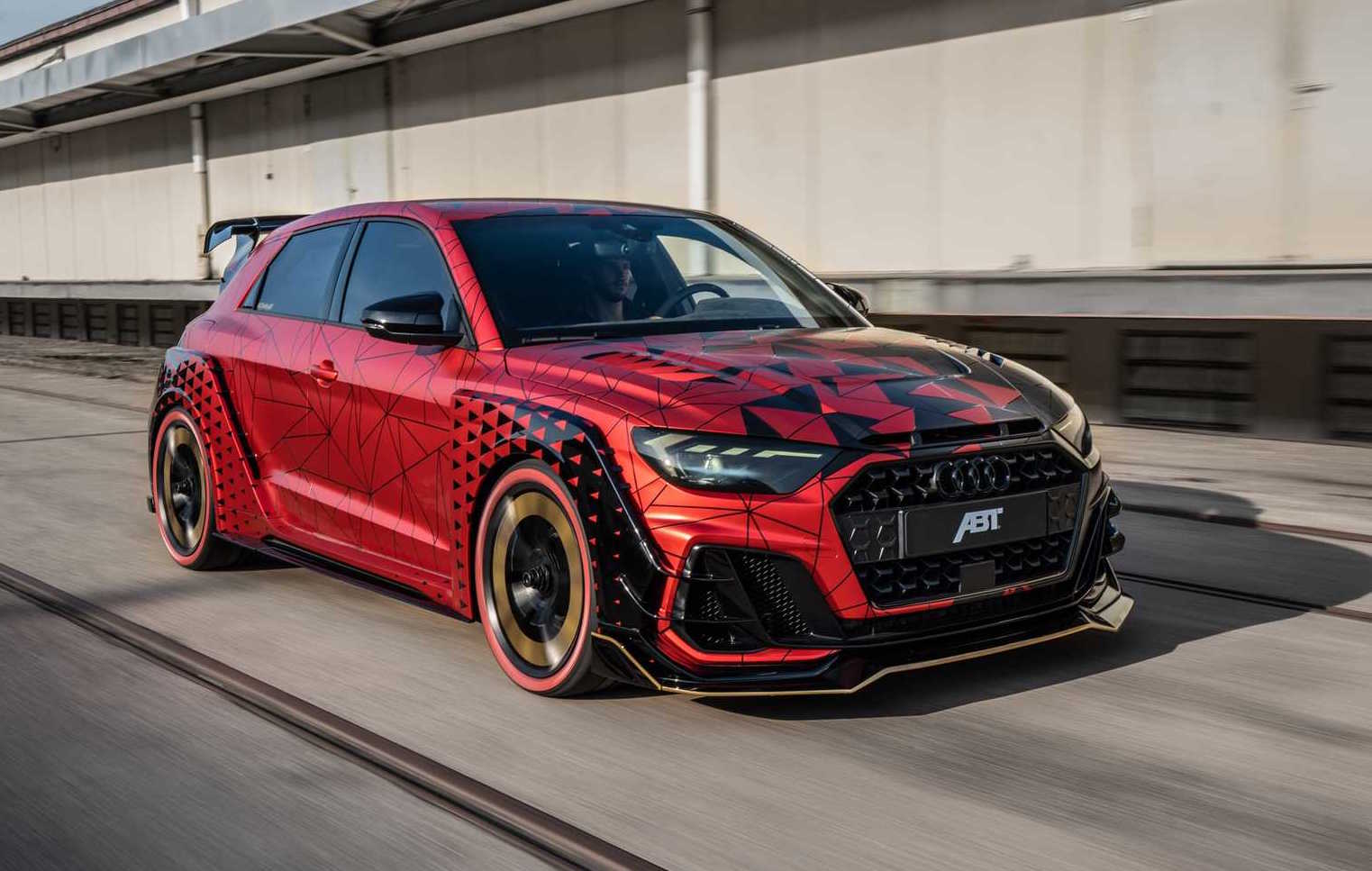 If you love crazy micro machines, you’ll love this project by renowned Audi tuner ABT. It’s called the Audi A1 1of1, taking the humble A1 and transforming it into an insane little road rally car of the future. 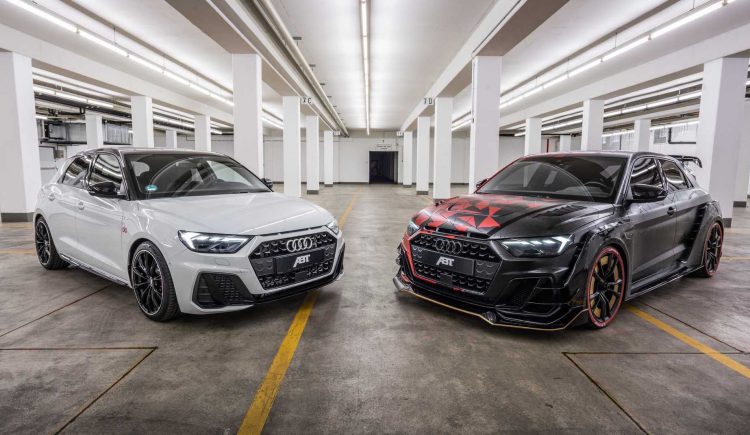 ABT offers a range of tuning upgrades for the new A1, including performance enhancements for the 40 TFSI, for example. The 2.0-litre turbo four-cylinder can be given an ECU tune to lift power from 147kW to an impressive 176kW. There’s also ABT suspension upgrades available, unique 18-inch Sport GR alloy wheels, and subtle aero tweaks for the body.

The ABT Audi A1 1of1, though, takes tuning to the maximum potential. It’s a project that was led by the company boss’s son, Daniel Abt, and it shows what the company can do for the suave city car in terms of engine performance, handling upgrades, and of course visual dynamics both for the exterior and interior. 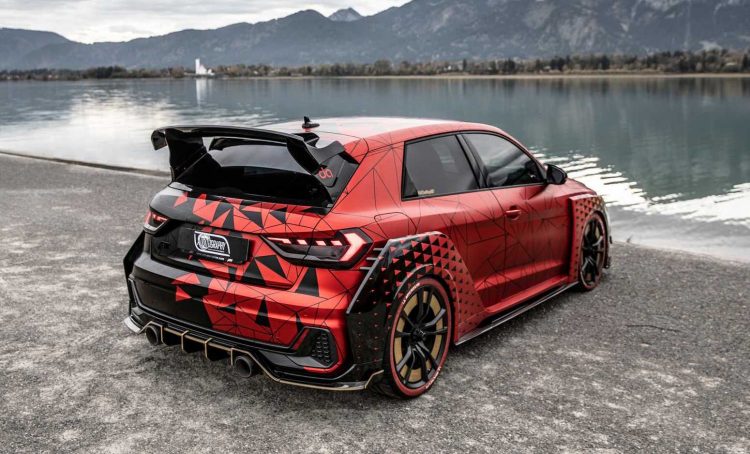 Get a load of that exterior. It features a full wide-body kit with Group B rally-like wheel arch extensions, in a fashion known as a ‘free-standing’ kit. The wheel arches protrude outward and leave intakes and outlets on either side for air to flow through. There’s also aggressive front and rear spoilers, and a custom bonnet with larger intakes in the front and additional extraction vents.

The body is then finished in geometric design comprising of polygon fragments, with a split layout resulting in mostly red on one side and matt black on the other side. This layout was created by Erik Aleksanjan, the man responsible for the design of that crazy ‘Phoenix’ Audi RS 6 Avant owned by professional skier Jon Olsson.

Not stopping at the exterior, the interior is almost as extreme in terms of how much is modified from the factory setup. The entire standard trim is swapped for a clubsport theme Alcantara layout, with the the soft and exotic material used to don the dash, door cards, and even the special bucket seats. The touch points for the custom carbon fibre steering wheel including the column cowl are also wrapped in the material.

Lastly, but obviously not least importantly, the engine. The standard 2.0-litre 40 TFSI is swapped for a completely different 2.0 TFSI unit. We suspect it’s the EA888-based motor from cars like the S3, which produce 213kW in standard form (221kW in Euro spec). However, ABT has applied a tune for this as well, and fit a custom stainless steel exhaust system with twin 114mm pipes. As a result, the engine produces around 300kW.

To help get the power down to the ground a lowered suspension package has been implemented, with H&R springs, while a roll-over bar is installed to improve safety and increase chassis rigidity. A set 19-inch alloy wheels with unique gold aero rings behind the spokes are wrapped in 265/30 Michelin Pilot Sport Cup 2 tyres, complete with red-wall garnishes for added contrast.

This is easily the most insane tuning package we’ve ever seen for the Audi A1. We’re sure Daniel Abt enjoys driving it – it’d be like driving a rally car on the road. Check out the video showcase below for more on this crazy build, and head over to ABT for more info.