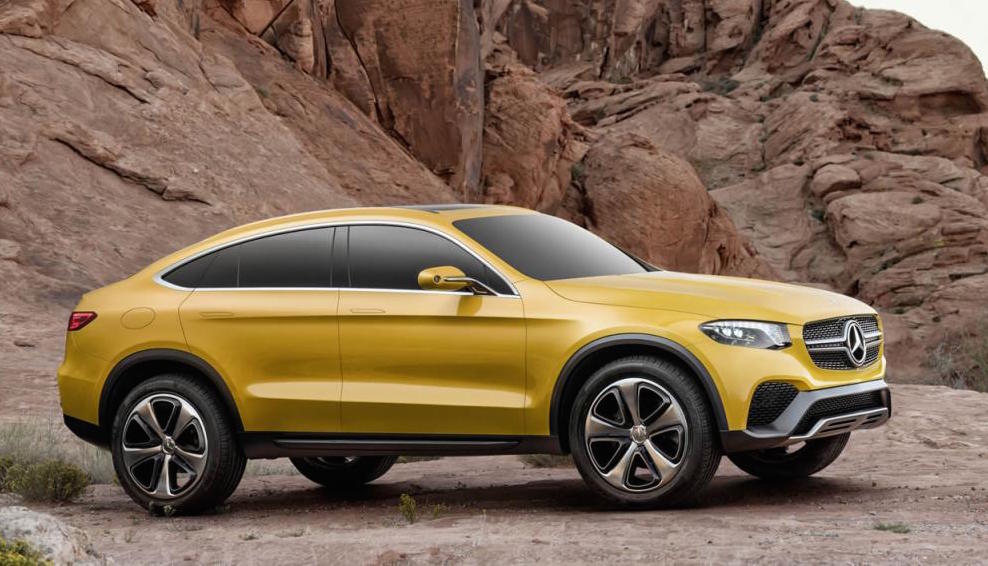 We reported a preview only days ago, and here it is, the Mercedes-Benz GLC Coupe. It will enter the ring to stake its claim on the compact coupe SUV market. 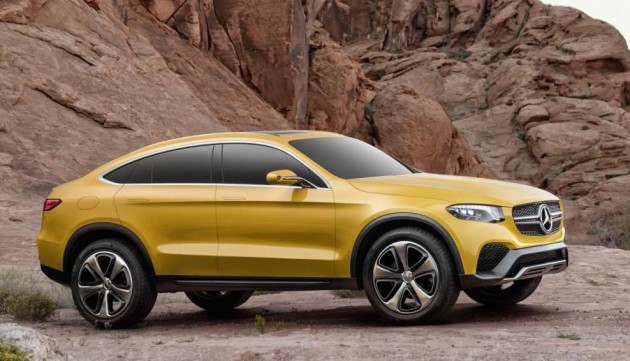 It’s going to be Mercedes-Benz’s answer to the BMW X4 and it will make its public debut at the Shanghai auto show tomorrow. It is only a concept at this stage but it is set to spawn a production version in the near future. Mercedes even describes the vehicle as a “near production” creation.

The GLC Coupe concept features a 4.73m long body with a 2.83m wheelbase, rising to only 1.6m tall. With a sloping roofline, quad-outlet exhaust pipes, a sophisticated side profile and intimidating front grille, Mercedes is pulling out all the stops to try and pinch some of BMW’s near-monopoly on the segment.

Beneath the bonnet the concept is powered by a 3.0-litre twin-turbo V6 producing 270kW at 5500 rpm, and 520Nm between 1400 and 5000rpm. The powertrain is mated to a 4MATIC four-wheel drive system via a nine-speed automatic transmission. Gorden Wagener, head of design at Daimler AG, said,

“With its modern and sensual design idiom, the Concept GLC Coupe gives a foretaste of future SUV models from Mercedes-Benz. At the same time, it embraces the typical values of tradition-steeped Mercedes-Benz coupes.” 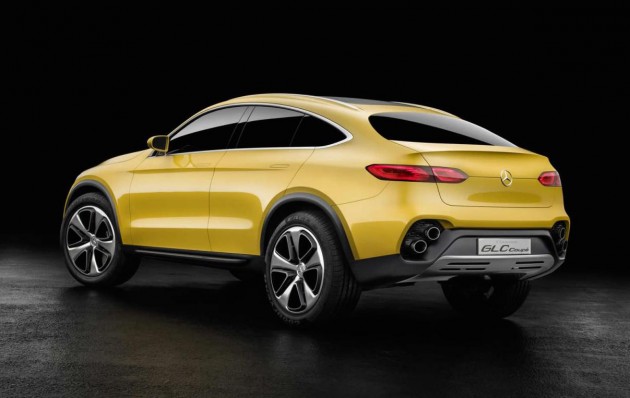 A production version is expected to appear in the next 12 months. It will sit beneath the new GLE Coupe and become part of the company’s new naming structure, sitting in as the C-Class SUV four-door coupe.