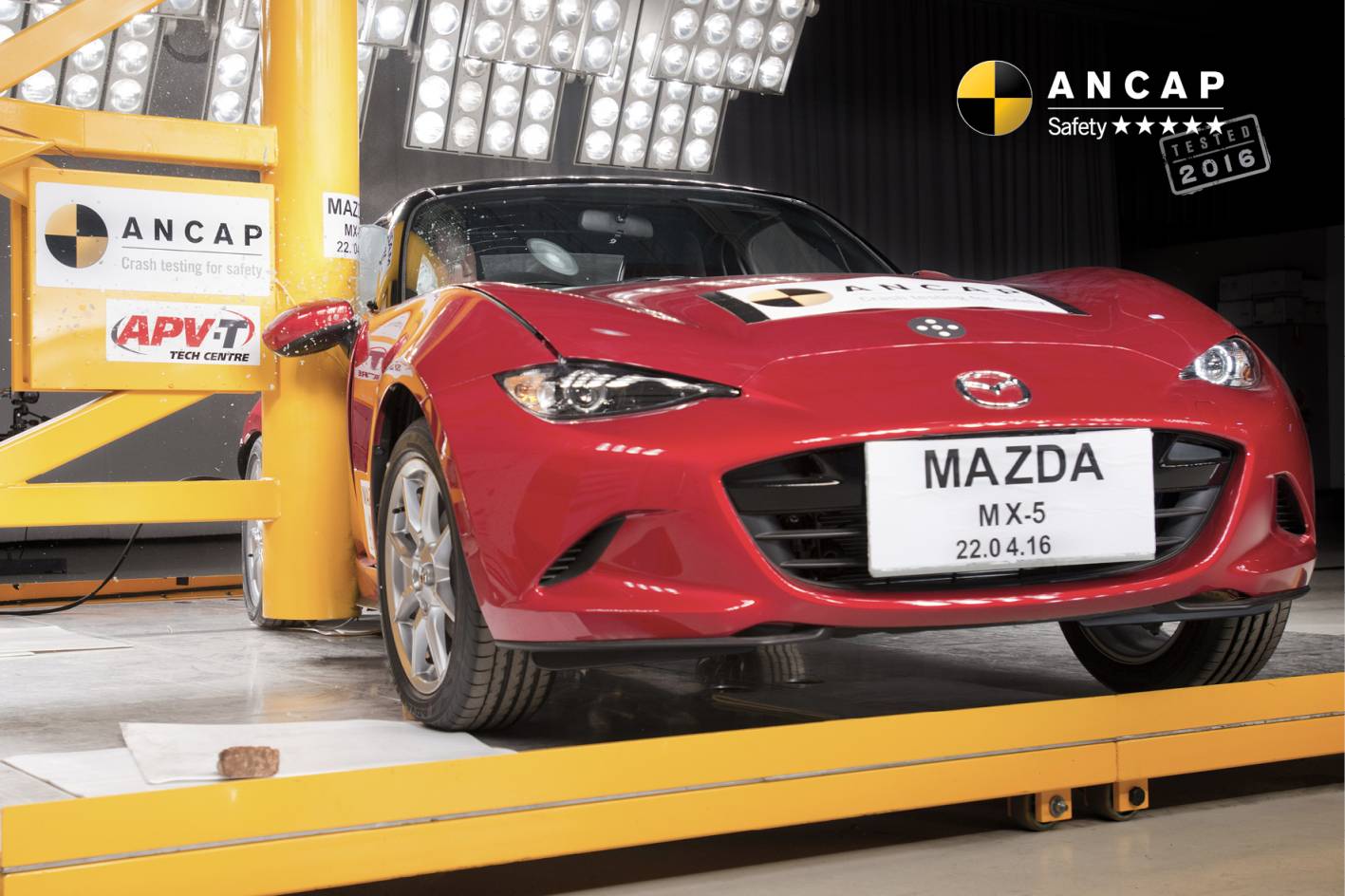 Even though the new Mazda MX-5 has been on sale for a while now, buyers have been in the dark in regards to knowing how safe it is. ANCAP has just crash-tested it and awarded the full five stars. 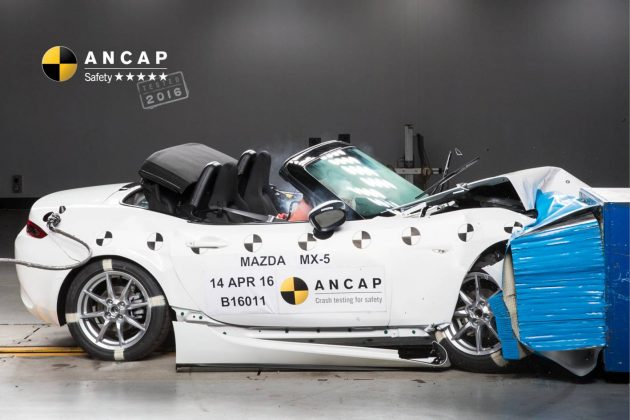 Australia’s ANCAP used its latest round of crash testing to sample the MX-5. Interestingly, test results aren’t carried over from the Euro-based NCAP organisation. The five-star rating is an improvement over the previous model’s four-star effort.

In the frontal offset, side impact, pole and whiplash tests the car received high scores, however, ANCAP was most impressed with the MX-5’s pedestrian safety. ANCAP CEO James Goodwin said:

“Not only has the MX-5 performed well in each of the impact tests, this is the highest pedestrian protection score we have seen for any vehicle to date.”

The MX-5 comes with an active pop-up bonnet that raised in the event of a collision with pedestrians, helping to protect the unfortunate person/s from the hard components just beneath the bonnet. As a result it scored 33.72 out of 36 for pedestrian safety – higher than the next-safest, Volvo V40, with its pedestrian airbag (31.76).

It’s not all bells and whistles though. ANCAP expresses that newly-developed vehicles, such as the MX-5, that are likely to live in new-car showrooms for a few years really should come with autonomous braking technology. Goodwin said:

“Autonomous emergency braking, active lane support and speed assistance systems are lacking. As a newly designed model – one that is likely to remain in the market for some time – it is concerning to see these important safety technologies have been overlooked.” 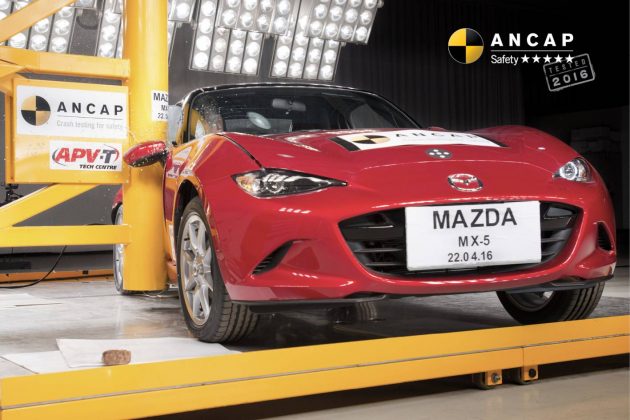