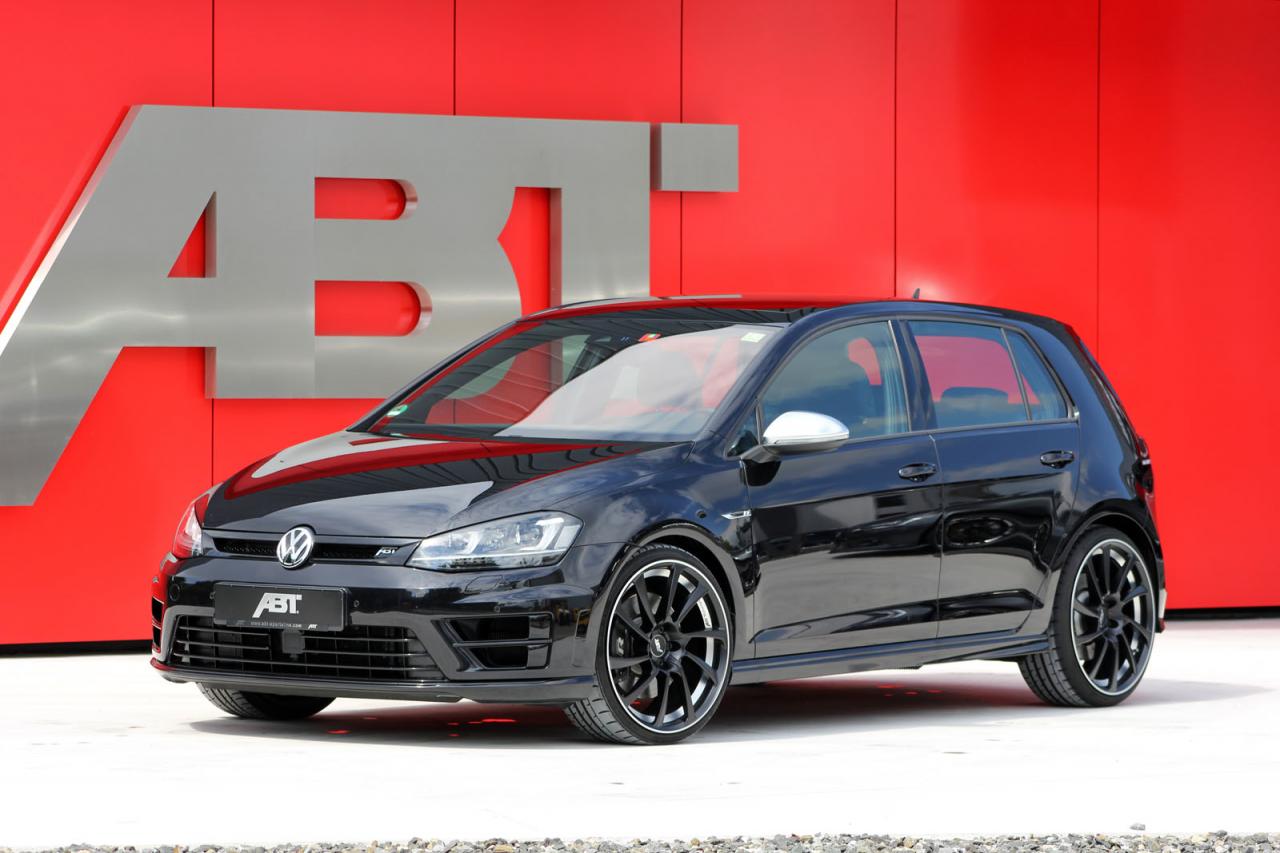 ABT Sportsline has come up with a decent tuning package for the latest Volkswagen Golf R Mk7, bringing power levels into high-end sports car territory. 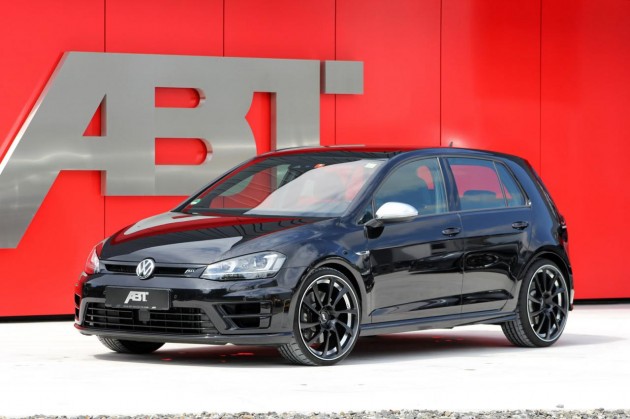 In standard form the Golf R is the highest performance model Volkswagen makes. It’s equipped with a 2.0-litre turbocharged four-cylinder engine developing 206kW of power and 380Nm of torque.

With a unique engine computer tune by ABT, via a system called an ABT Power S control unit, the new generation program lifts output to a much more serious 294kW and 480Nm.

ABT hasn’t mentioned any performance figures in terms of acceleration, however, the standard Golf R is able to dash off from 0-100km/h in just 5.0 seconds. This is thanks to an all-wheel drive system and quick-changing dual-clutch auto transmission. 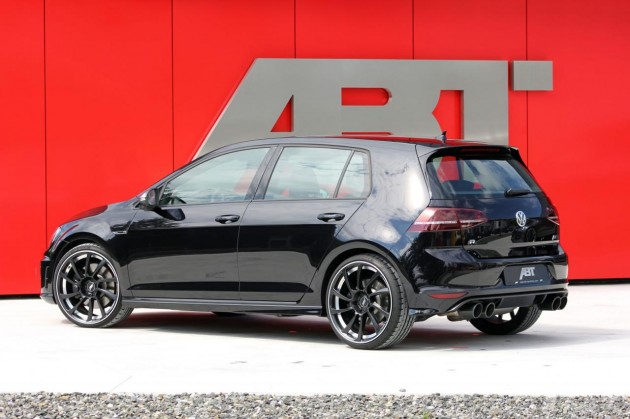 To give the ABT package a special sound the company has developed a sports exhaust system with four 101mm outlets – around the size of a golf hole. The system incorporates a pre-silencer and axle-back unit.

If you want to go further than that there’s also a set of bespoke alloy wheels that ABT offers, with sizes ranging from 18 inches to 20 inches. These are available in ER-C, DR, and CR designs, and in various colours.

As for the exterior styling, there’s an ABT aerodynamic package which includes a front grille, headlight covers, side mirror covers, side skirts, and a revised rear diffuser.

The whole body can be brought down via a height-adjustable suspension kit capable of dropping the Golf 10-40mm at the front and 20-45mm at the rear.

Overall, it seems like a very comprehensive package and one that would be quite enjoyable to drive. PerformanceDrive will be bringing you a full review and video of the standard Golf R in the coming weeks.