Champion Porsche along with Florida ESGR and the Department of Defense in the US have come up with this Champion Porsche 911 Salute To Our Troops special edition in commemoration and celebration of the US troops retuning home. 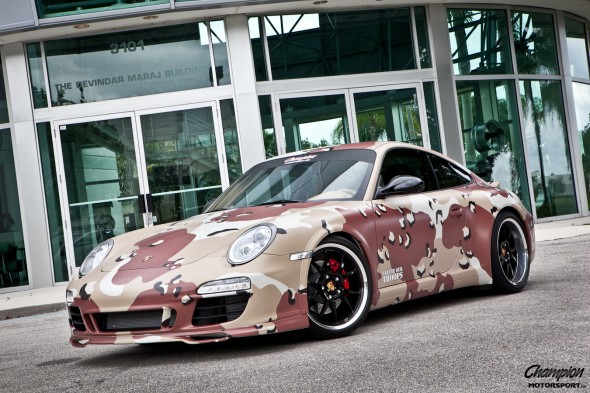 The obvious yet camouflaged 911 features various upgrades over the production 911, including the army-themed colour scheme which is coated over a bespoke bodykit and menacing black rims.

The Champion kit features 911 GTS-style upgrades such as black Fuchs-style wheels, or optional alloys (pictured above) and a duck tail spoiler. There’s also a gapping air intake on the engine cover, or boot lid, as well as body extensions front, side and rear. 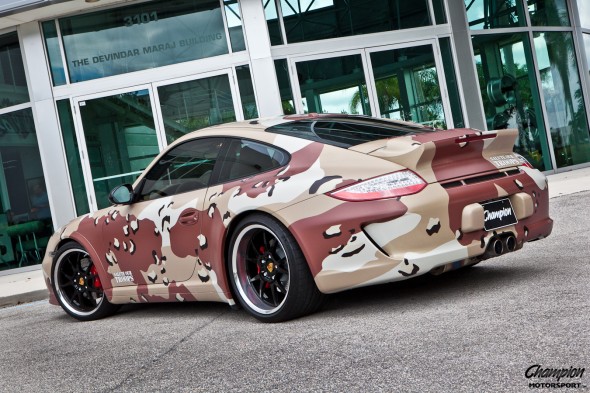 The team behind the project recently explained the kit, saying,

“With the upcoming holiday and the return of our US Military from overseas, Champion Porsche has teamed up with the Florida ESGR and Department of Defense to raise awareness and to build support for our returning military personnel.

“With numerous events planned we hope our efforts will inspire and show the brave people of our military that we appreciate their efforts and welcome them home!”

It looks pretty cool, and bad to the bone don’t you think? Certainly something different and not what one would expect. The army colours kind of give it that juxtaposition as an army tool that’s also a fairly exotic sportscar.