Unlike the monstrous Mercedes-Benz G 63 AMG 6×6, this six-wheeled Volvo XC60 isn’t set for production any time soon. It was recently spotted outside the company’s headquarters assisting with photography. 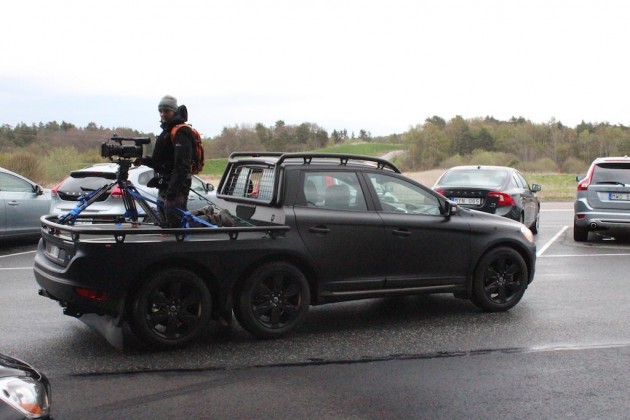 Word has it Volvo has just put the special creation onto its fleet of help vehicles in Gothenburg, and that it takes over duties of an old V70.

As you can see, there are a number of special mounting brackets made specifically for straps and holding camera equipment. There’s also a non-slip floor for a photographer to stand on. 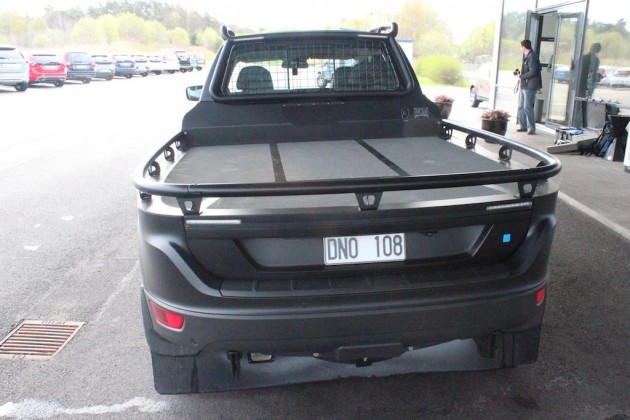 It’s understood the vehicle is used for Volvo’s in-house photography. The matt black paint helps to absorb reflections and glare.

As for the six wheels, we assume this was the easiest way for Volvo to convert the XC60 SUV into a ute. It’s unknown if it actually has six-wheel drive.

It looks pretty cool and mean don’t you think? Especially with the black paint.