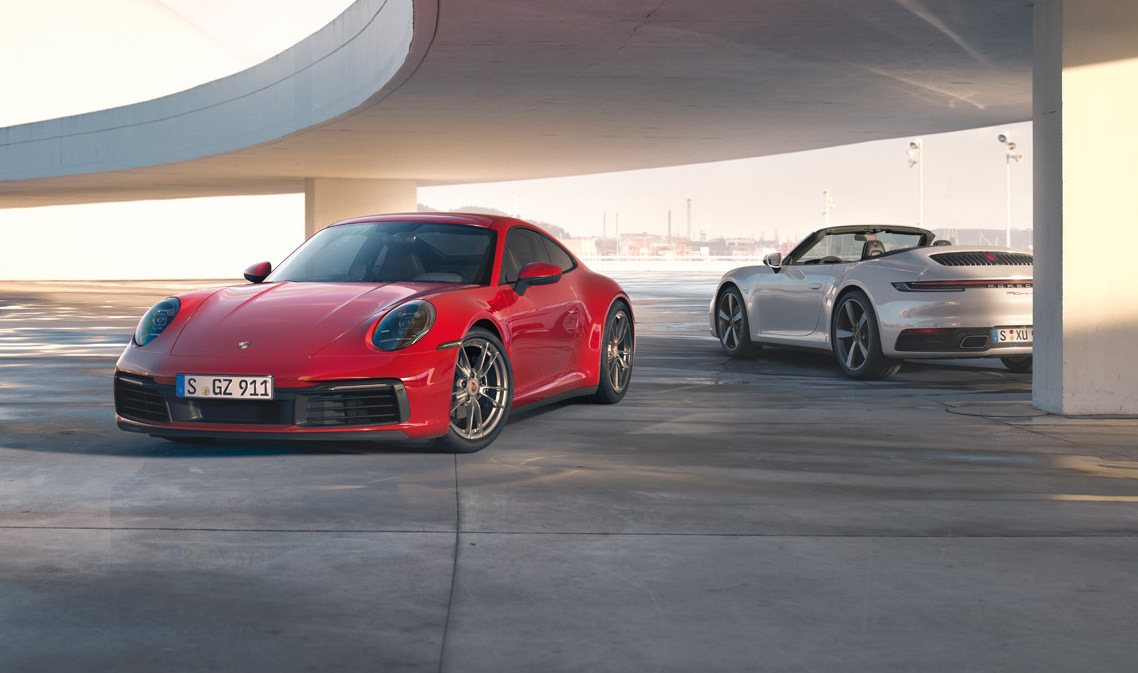 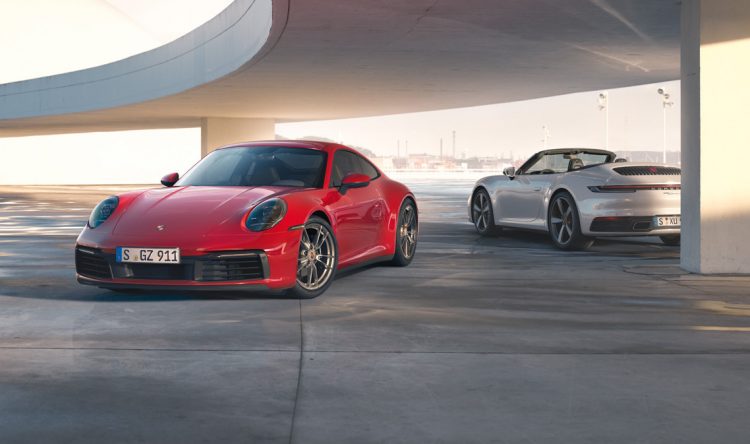 The new models take on the latest styling language which is evolved from 911 for generations, with perhaps the key highlight for 992 being the full-width taillight. Unlike previous generations, the new Carrera 4 doesn’t showcase a wider body than the two-wheel drive variants. In fact, the standard models already receive a wide track anyway. 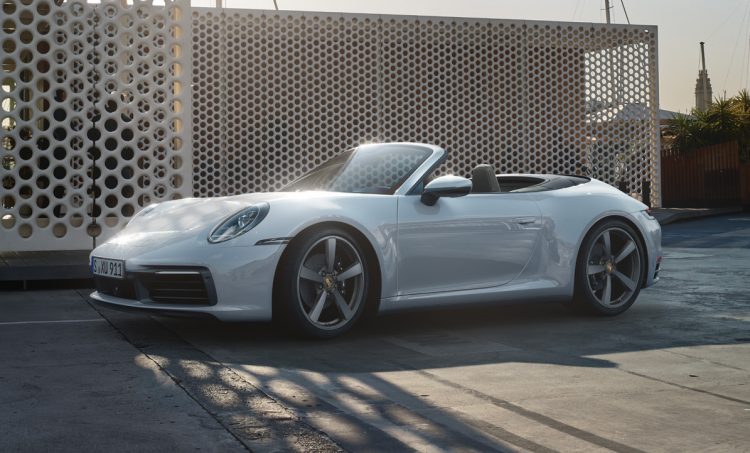 Porsche says the only defining styling element that sets the Carrera 4 aside from the rest is the exhaust outlet design. For the S models there are twin round outlets on either side, while these new standard models feature a single rectangular pipe on each side.

Both models come with staggered wheel sizes, measuring 19 inches at the front and 20 inches at the back. They’re are wrapped in 235/40 front and 295/35 rear tyres. Behind these are standard cast-iron perforated disc brakes measuring 330mm, clamped by four-piston calipers painted in black. Porsche Ceramic Composite Brakes are available as an option. 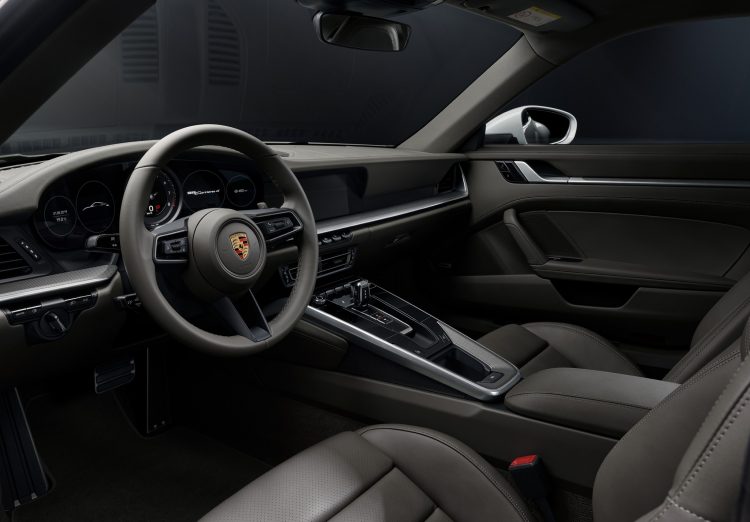 For the passengers there’s the latest 10.9-inch touch-screen media interface displaying crisp graphics, and it includes Porsche Communication Management with smartphone connectivity. The system incorporates digital radio as standard, along with a Bose surround sound system, and a rear-view camera.

The 2020 Porsche 911 Carrera 4 and Carrera 4 Cabriolet are set to arrive in Australia during the fourth quarter of this year. Prices start from AU$245,600 for the coupe and AU$267,100 for the cabrio (excluding on-road costs).