PerformanceDrive has just picked up the new 2012 Ford Falcon G6 EcoBoost turbo four-banger; the first ever four-cylinder Falcon. The engine is available in the XT, G6 and G6 E. So, first impressions, what’s it like? 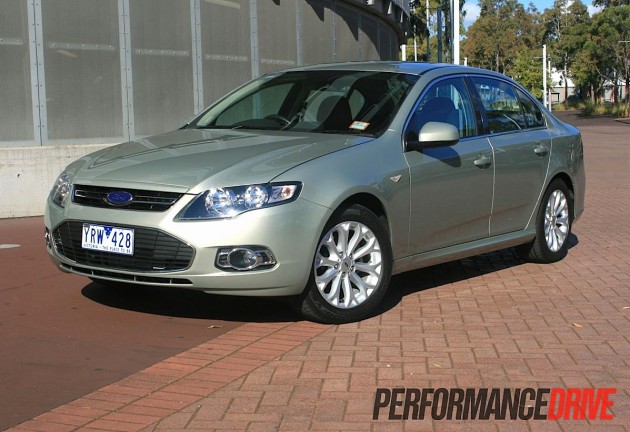 A four-cylinder Falcon sounds funny even just to say those words. Those familiar with the Aussie icon will find driving the EcoBoost quite disorienting, as there’s no longer that comfortingly smooth six-cylinder hum resonating from up front.

Instead, you hear a buzzey, bubbly note, resembling a four-cylinder soundtrack down to a tee. There’s little shortage of power over the big six though, as the turbo 2.0-litre produces 179kW and 353Nm – compared with 195kW and 391Nm of the G6 six-cylinder. 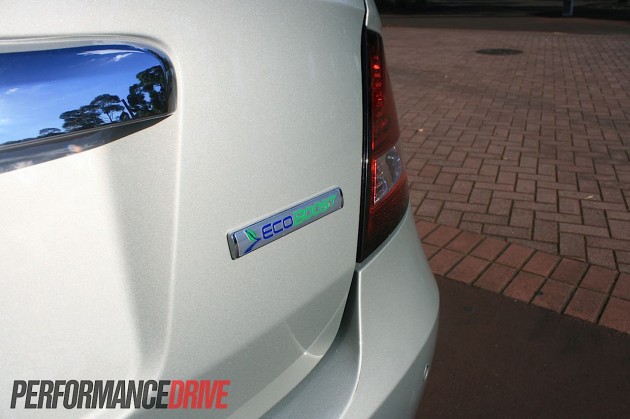 In our first decent little two-hour stint in the car, we did find differences is in engine response. The six-cylinder has that instant get-up and go aggression, while this EcoBoost behaves a little differently to the whole getting up and going thing. It still offers great acceleration for a large family sedan, however, the way the torque is delivered feels a bit later on in the rev range, likely due to the turbocharger.

As for performance, we timed 0-100km/h acceleration using three different launch methods. The best time we’ve managed is 7.08 seconds. This was achieved in ‘D’, and after building the engine revs on the brake.

We tried the same method in ‘S’ mode – a sports mode of the transmission which changes gears slightly later and downchanges sooner – and managed a best of 7.15 seconds. We also tried simply stepping on the throttle with no pre-loading, resulting in 7.6 seconds.

With the traction control off, and loading up the engine on the brake, resulted in 7.2 seconds. (There was no wheelspin off the line in any case.) 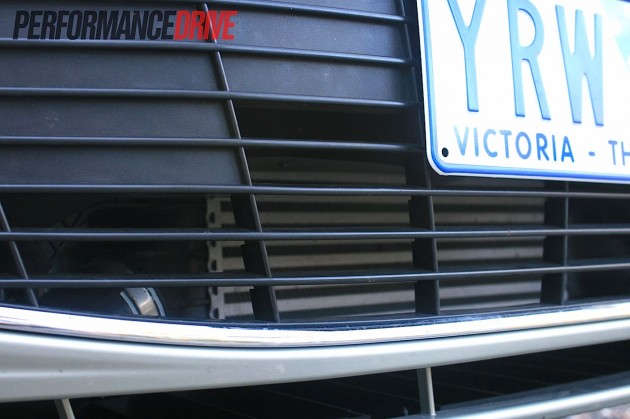 In terms of visual differences, the G6 EcoBoost features all of the styling updates featured on the normal 2012 FG MkII G6. The only way to tell this is the four-cylinder option is with the EcoBoost badge on the back, and the neat intercooler mounted just behind the front bumper bar.

We’ll be sure to go into further detail in the full review towards the end of this week, including going over peak torque figures in the specific parts of the rev range, and discussing any weight differences we notice in the front end, and how they/if they change the behaviour of the handling. Stay tuned.