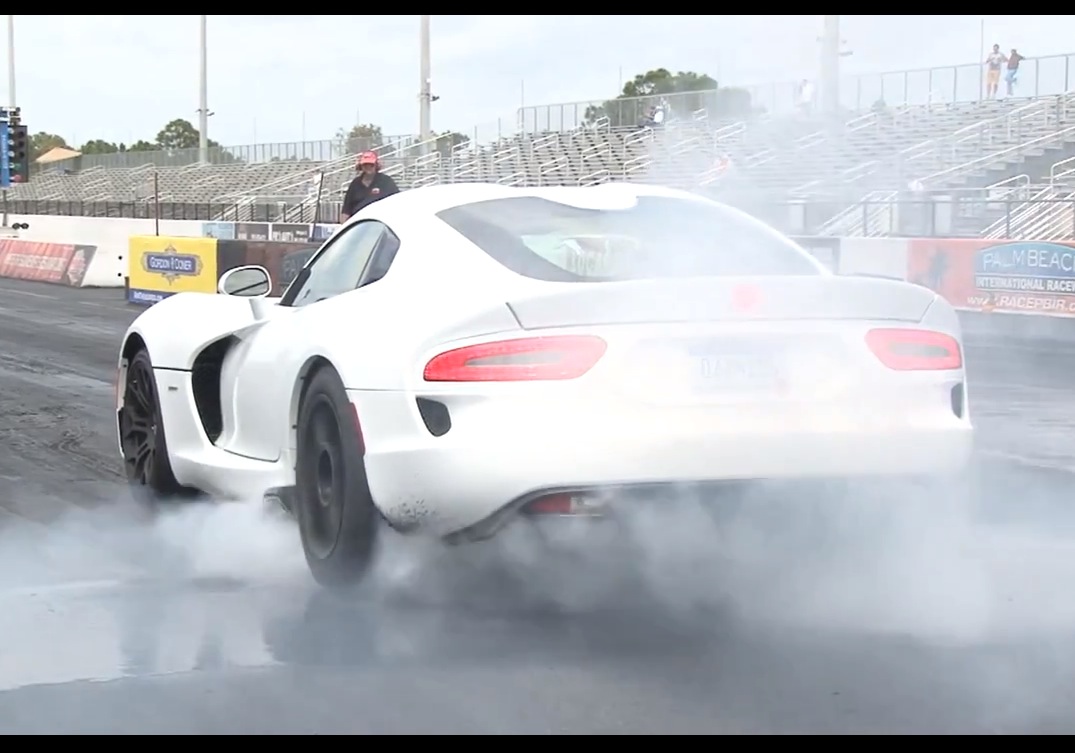 A factory standard 2013 SRT Viper has been run at Palm Beach International Raceway by DragTimes. As you can see below, the US muscle car ran an 11.1-second run at 205km/h. 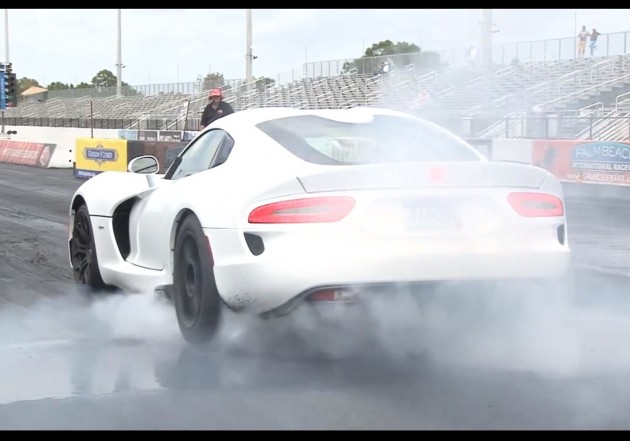 It’s a pretty impressive time for a road-legal vehicle, on the contrary, the 2013 Viper does come with a monstrous engine under its bonnet. It’s an 8.4-litre V10 that produces 477kW and 814Nm of torque.

The car only just misses out on a 10-second pass, which makes it incredibly quick for a rear-wheel drive vehicle; most of the ‘mainstream’ production vehicles that are able to hit 10 seconds are equipped with all-wheel drive, such as the Nissan GT-R and Porsche 911 Turbo S.

The standard launch control system was used on the Viper to help it get away with a decent launch. The publication also tried running without it.

It must be pointed out that the car was fitted with Mickey Thompson drag radials during the runs, however, DragTimes says these measured with a larger diameter compared with the factory items which slightly tarnished low-end acceleration.

Click play below to take a look. The V10 sure makes a decent sound.