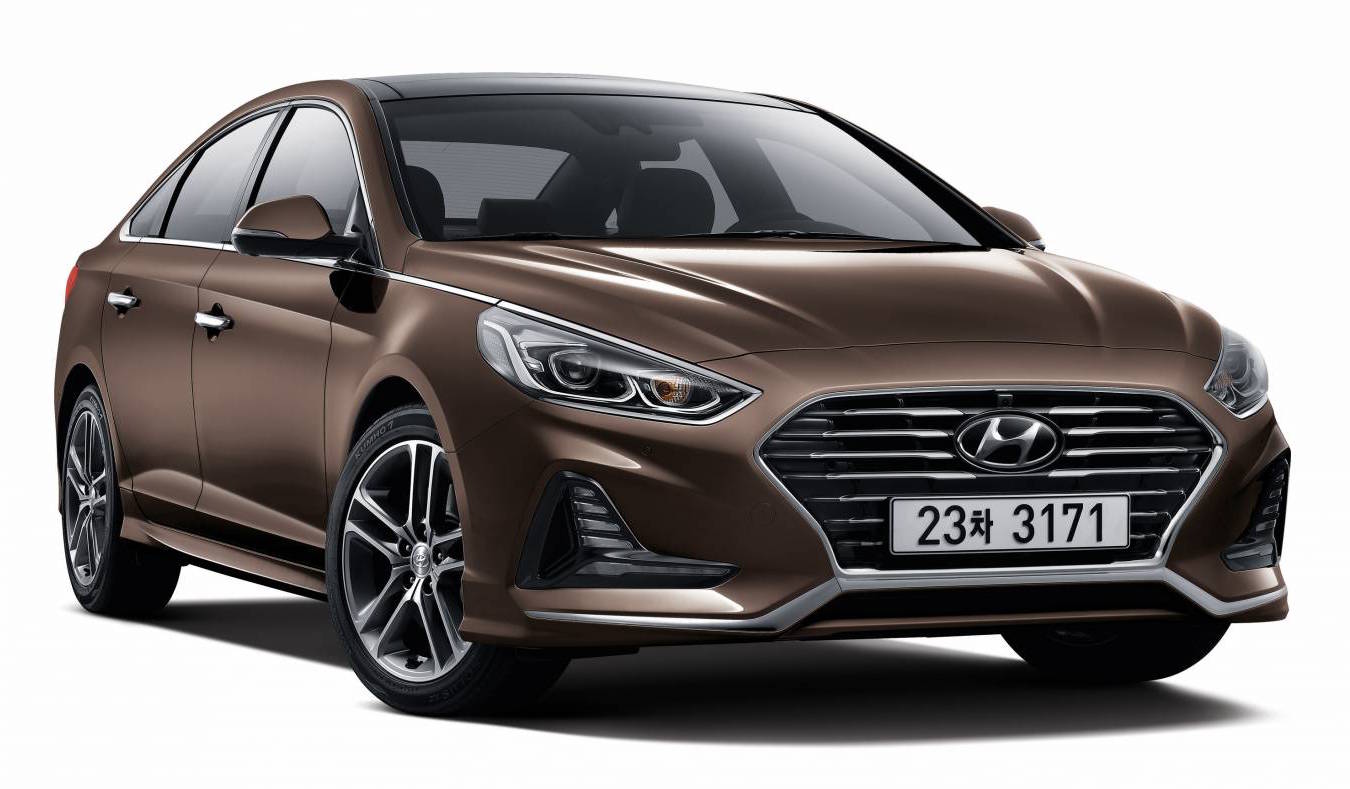 Hyundai’s refreshed, 2018 Sonata was today unveiled at a special event in the company’s home country in South Korea. 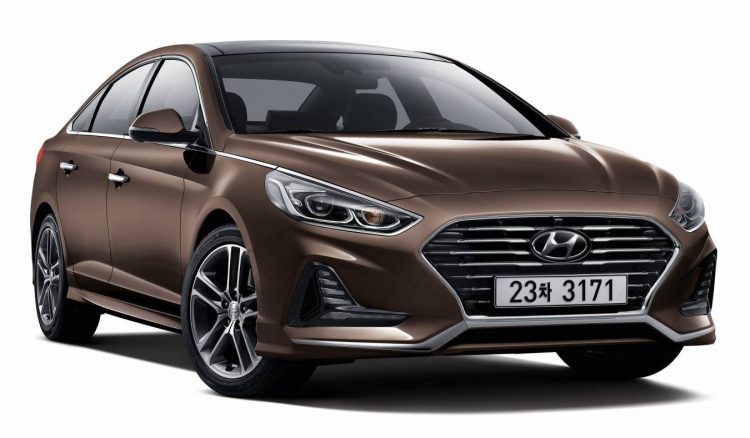 New front and rear styling treatments, plus interior enhancements also join powertrain updates and a re-positioning of the 2.0-litre turbo-equipped Sonatas, as sports models are the headline acts here.

Styling revisions mimic those seen on the all-new i30 due here soon, including a bolder headlight and grille treatment, stacked LED lights and more aggressive lines. Regular Sonatas will have horizontal fins in the grille while the sports models get a dark mesh treatment. 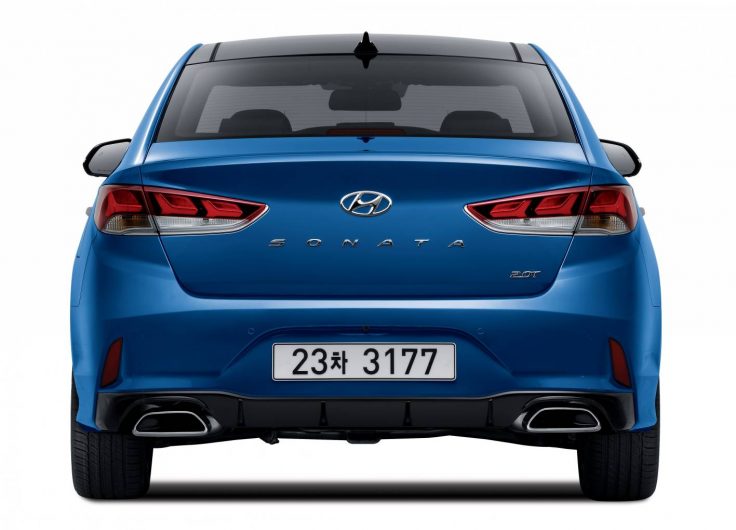 Inside, new trims and colours are notable, as well as two new three-spoke steering wheels. One for regular models, and a flat-bottomed unit for the Turbo. New switchgear complements a 7.0- or 8.0-inch touch-screen, depending on the variant, with Apple CarPlay and Android Auto standard across the range. Other features include wireless phone charging with compatible devices.

Switchable driving modes now feature on the Turbo; with Eco, Comfort, Sport and Smart. Smart is an adaptive driving mode that can alternate between the other three modes.

Pricing and Australian specs will be announced closer to the car’s debut here mid year.