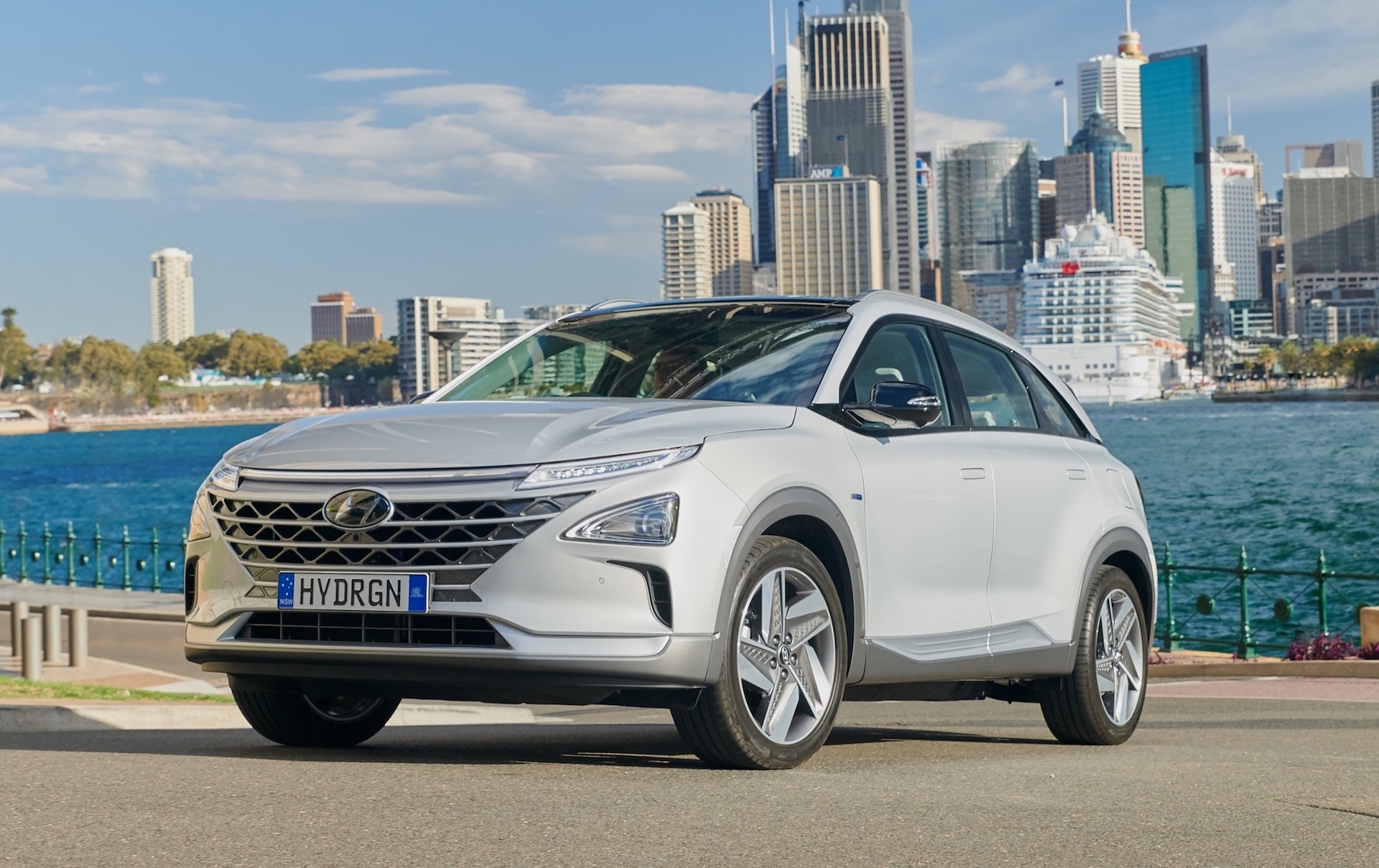 Hyundai has officially introduced its all-new NEXO hydrogen fuel cell vehicle, which is the first hydrogen vehicle certified for sale in Australia. 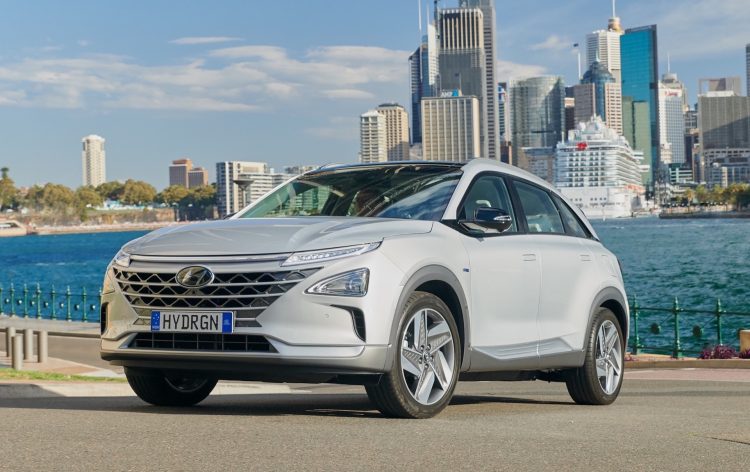 The NEXO is the result of more than 20 years of research and development in the field of hydrogen fuel cells, and offers a range of up to 666km, propelled by a 120kW electric motor offering up 395Nm of torque. It uses a lithium-ion polymer battery, shift-by-wire gear selection and regenerative braking system.

Power is supplied to the electric motor drive by a sophisticated fuel cell that uses hydrogen to create electricity that in turn powers the motor. Hyundai says its 95kW fuel cell system can deliver a sustained 135kW to the motor, and the company has increased the power density of its ix35 FCEV by 50 per cent to 3.1kW per litre.

Hydrogen stored in one of three high-pressure fuel tanks flows into the cell stack, where it is combined with oxygen and a catalyst that creates water and electricity. These tanks have a combined capacity of 156 litres, and can store up to 6.33kg of hydrogen.

Any excess electricity created either in the fuel stack or from regenerative braking is stored in the 240V, 1.56kWh battery pack, and the only thing leaving the tailpipes is purified air and water. 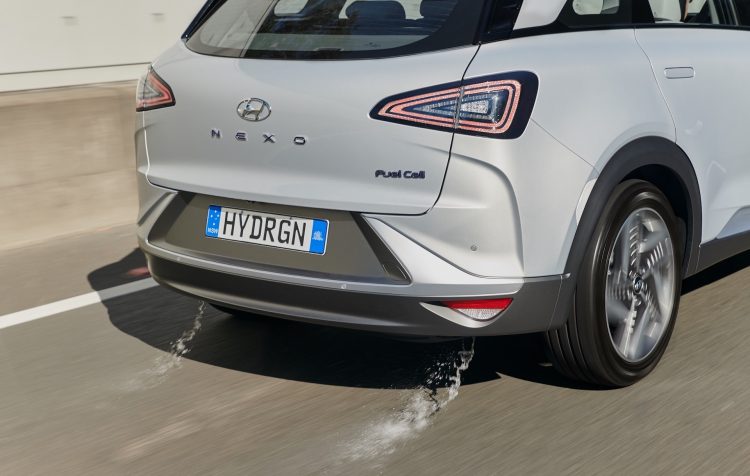 Hyundai says the NEXO is at a major advantage over traditional electric vehicles that can take hours to fully recharge, whereas the hydrogen NEXO can be filled in just minutes. The NEXO is Hyundai’s fourth green powertrain for sale in Australia, adding to its petrol-electric, plug-in hybrid and pure electric models.

Inside, there’s a 12.3-inch multimedia unit with satellite navigation, Apple CarPlay and Android Auto support, as well as a 7.0-inch digital instrument cluster for the driver and wireless charging technology. 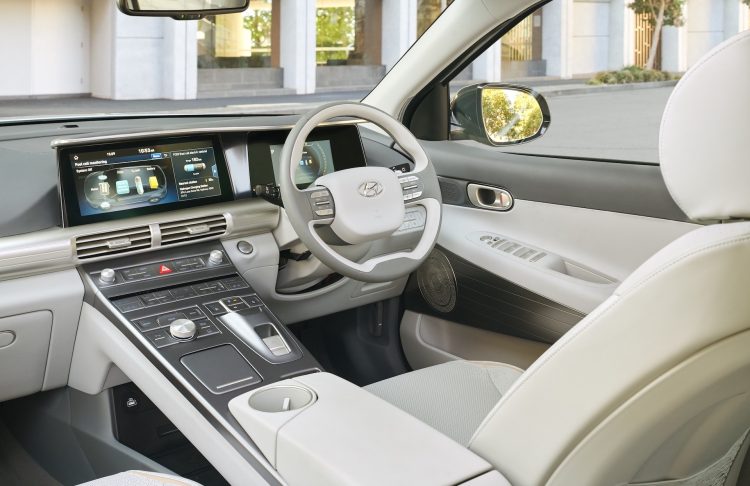 The single-variant NEXO includes luxuries such as a glass sunroof, Krell audio system, 19-inch wheels, LED headlights and running lights, as well as a surround-view monitor, remote engine start and smart parking assist. This is in addition to a raft of safety equipment, including lane-keep assist, rear cross-traffic collision avoidance, smart cruise control and more.

The NEXO has been designed from the ground up as a production fuel cell electric vehicle (FCEV), building upon the groundwork laid out by the ix35 FCEV production vehicle, and is certified for sale here in Australia. That means that Australian customers can now secure a pre-order for their own NEXO for private use.

Hyundai’s release of the NEXO coincides with the opening of Australia’s first-ever public hydrogen refuelling station in Canberra, where the first twenty road-registered NEXO units will serve as part of the government’s fleet. Hyundai Motor Company CEO, Jun Heo, said:

“The arrival of NEXO on Australian roads as an ADR-approved production vehicle is a landmark in Hyundai’s ongoing commitment to green mobility and to hydrogen fuel cell electric vehicle technology. NEXO is also a sign of things to come, as Hyundai continues in its long-term drive towards leadership in eco-friendly vehicles.”

Hyundai Australia says the NEXO is now on sale, although, it is available only through special order through the local arm’s sales department.