Lexus will show off a tastefully modified supercharged Lexus GS 350 F Sport at the 2012 SEMA Show this week. The show car features various mods inside and out to increase the GS’s street cred and overall aftermarket appeal. 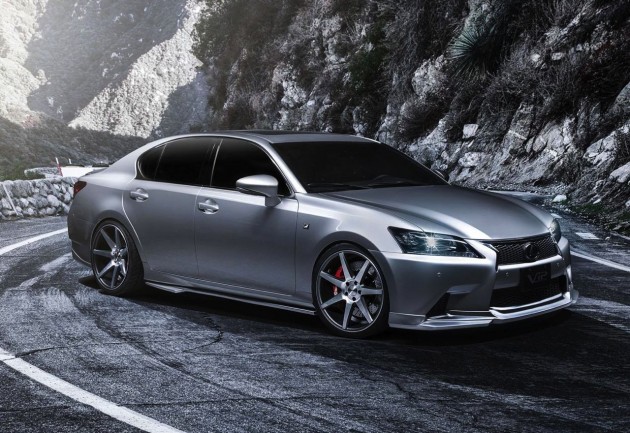 The Lexus GS 350 F Sport is already a pretty imposing looking machine. It comes garnished with a number of sporty Lexus ‘F Sport’ enhancements, such as a full bodykit, unique alloy wheels, and an enhanced suspension setup to improve handling.

For this supercharged version, Lexus has opted to fit a full WALD International bodykit which includes lower and chunkier bumper bars front and rear, side skirts, and a neat lip spoiler at the back. To top off the visual impact there’s also a set of 20-inch Vossen CV7 alloy wheels.

Mechanically, the one-off show car gets a beefy Brembo GT brake package, adjustable RSR Super i coilover suspension front and rear, and a boosted engine under the bonnet. 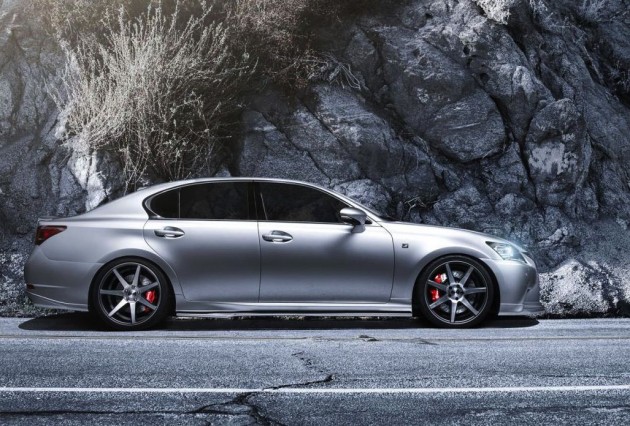 Lexus hasn’t revealed any specific numbers, but it would be fair to say the standard 0-100km/h time of 6.0 seconds would be drastically reduced thanks to the forced induction setup. More details may be revealed at the SEMA Show, which starts October 30. We’ll keep you updated.

Overall, you have to admit the project has turned out well and looks rather wicked, especially with the dished alloy wheels at the back.

Lexus has revealed what can only be described as a future interpretation of its famed LFA super sports car, while...