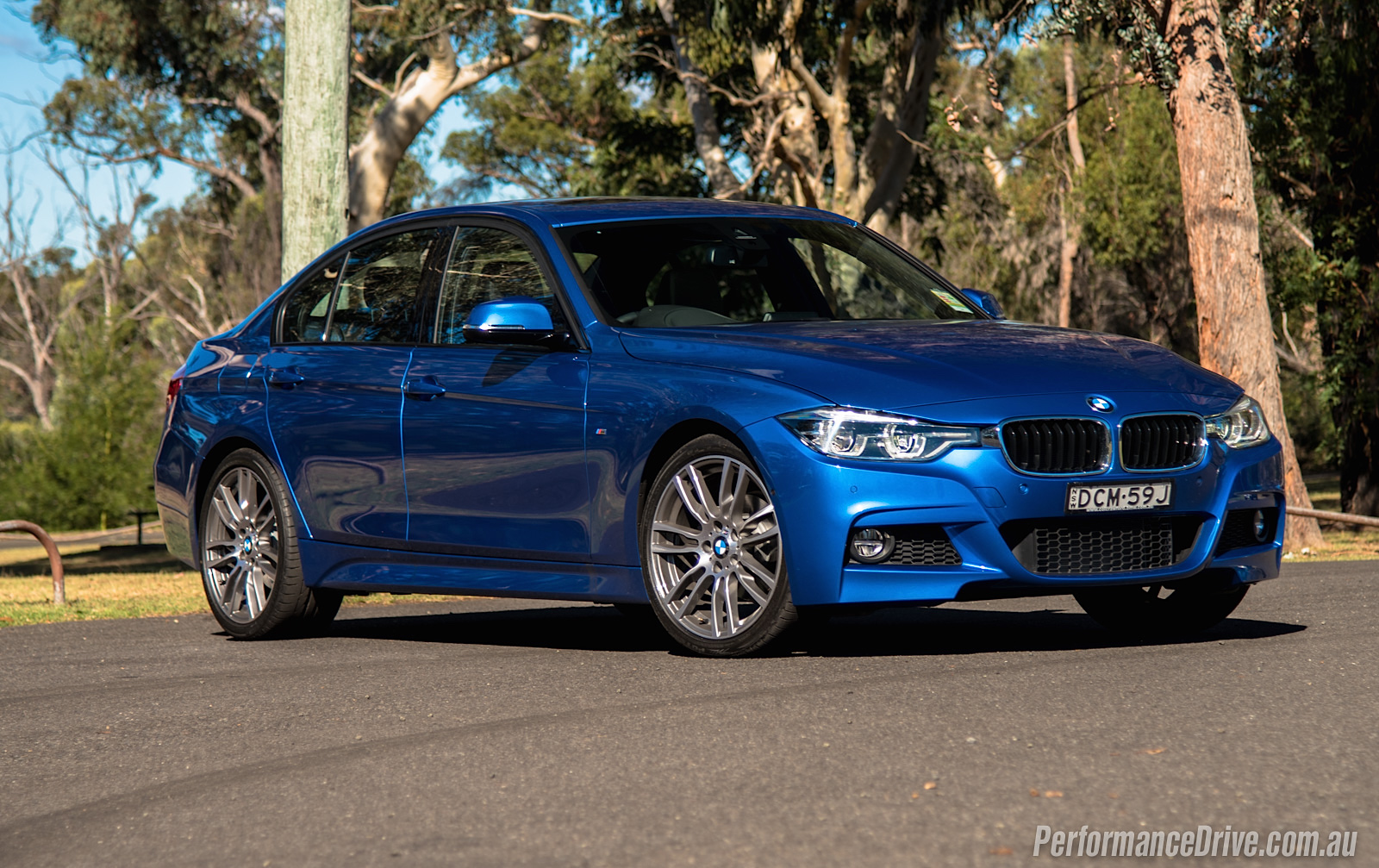 So, you’re in the market for a mid-size premium sedan. We feel sorry for you. It’s probably one of the toughest segments to crack at the moment. With so many high quality and equally tempting propositions out there, which one do you go for? We thought we’d test out the veteran in its latest clothing, the 2016 BMW 320i, to see if it still holds some substance among the turmoil. The 3 Series is one of the original pioneers of the class. Let’s see how it’s holding up against all of these new-age hot shots. 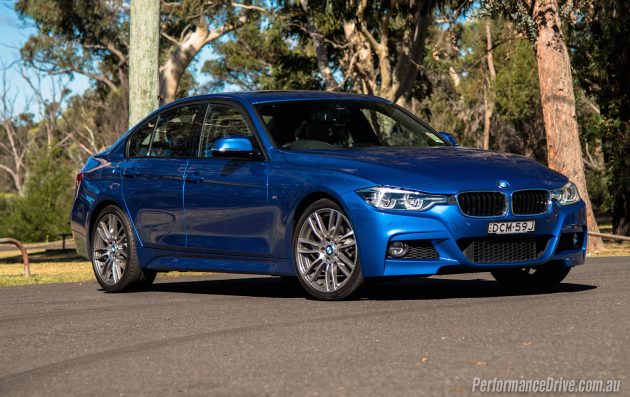 BMW introduced a mid-life cycle update for the 3 Series year, also known as the LCI to BMW aficionados. It mainly brought in increased standard features and boosted value, and some powertrain revisions for specifics variants, but nothing major. After all, the current-shape F30 3 Series, with its all-new foundations, was only launched in 2012. It comes in sedan, wagon, and, pointlessly, GT five-door hatch form.

We’re testing the 320i M Sport. It’s not exactly an M model but it does come with so many M-inspired parts and accessories that it is classed as its own variant. In the engine compartment is an untouched 2.0-litre TwinPower (fancy word for variable geometry turbo) four-cylinder, capable of generating 135kW and 270Nm. Prices start at $66,054 for the M Sport, or $61,900 without the M (excluding on-road costs). Interestingly, the six-speed manual and eight-speed auto share the same price, giving you some indication of BMW’s eagerness to provide for traditional driving enthusiasts. 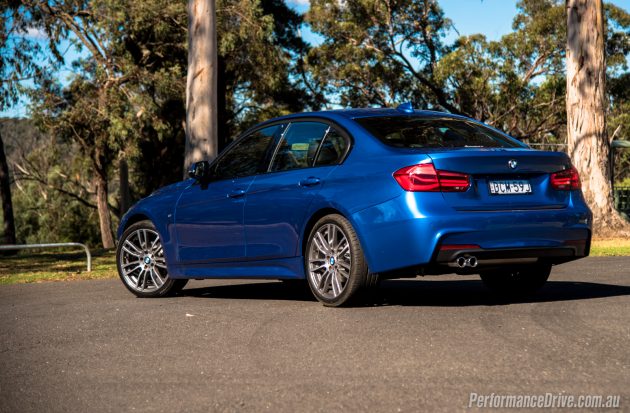 BMW interiors are usually long-lasting in design. The company made an evolutionary change to its decor theme a few years ago, rather than a revolutionary one like some car companies do. This allows existing BMW owners to become instantly familiar with each model upgrade they go for, even if they skip a few generations.

In that sense, the 3 Series design and some of the switchgear can seem a little aged when compared with some of the more modern rivals, particularly those that are having to try harder to make it in this segment. We’ll leave the aesthetics for you to decide, though. Ergonomically, the controls are placed at arm’s reach and all presented on a well-proportioned and positioned dash.

Most of the on-board entertainment and functions are controlled via the iDrive controller and non-touch-screen LCD atop the dash. We find the iDrive controller very intuitive and easy to use, with basic left and right page flicking and a number of jump-to menu buttons surrounding the main wheel for escaping if you feel you’ve gone in too deep. BMW does present eight pre-set buttons on the fascia as well. These can be programmed to do almost anything, however, we find them pretty pointless with the simplicity of the iDrive control right at the palm of your hand. These presets are one element that have been carried over from past generations. 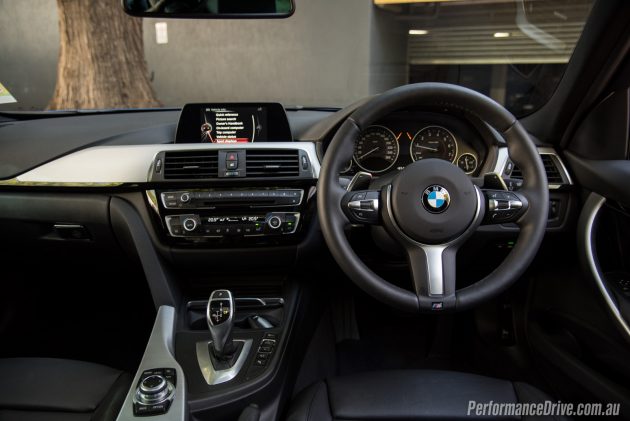 BMW usually gets the driving position perfectly. In the latest 3 Series, it remains one of the perfect-est in the class. Although, many of the rivals are catching on to this and also showcase similarly human-suitable positions. The Infiniti Q50, Lexus IS, and Jaguar XE spring to mind. All come with a sporty three-spoke steering wheel, with the BMW getting a lovely M Sport wheel which is almost identical to the one used in the proper M cars.

Seating space is impressive for the class, and the well thought out dash leaves an open and airy environment for the front passengers. Most of the pillars are quite thin as well, resulting in confidence-boosting visibility. For the rear passengers, they’ll appreciate the legroom and decent headroom, both of which are above average for the class. Boot space, at 480L, is also on par with the segment.

As for the M Sport package, is it worth the extra four or so grand? Well, you get a unique bodykit with M-car-inspired vertical slices in the front and rear bumpers, 19-inch alloy wheels with 225 front and 255 rear tyres, lowered and adaptive sports suspension, the sports steering wheel, a locking differential, sports seats and a sports instrument cluster, and an extra ‘Sport Plus’ driving mode. When you take all of this into consideration, it certainly betokens attractive value. Unless you’re not interested in sportiness at all, we recommend going for it. 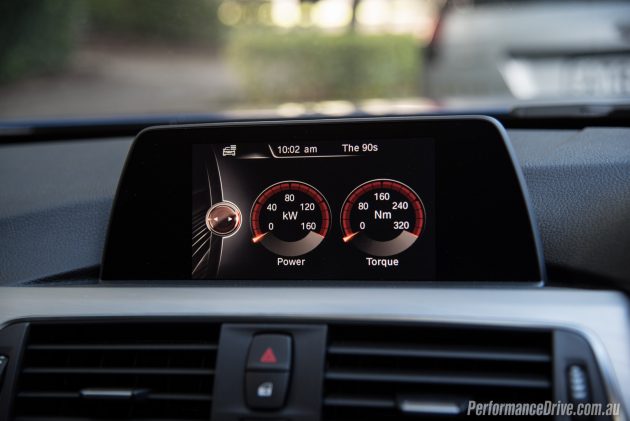 Head-up display is also now standard on all 3 Series models as part of the LCI update, along with lane departure warning and city safety technology with pedestrian detection and low-speed automatic braking. With all of this taken into account, the 2016 320i is now a very competitive proposition in this segment in terms of packaging – a lot of these features were expensive options not that long ago. 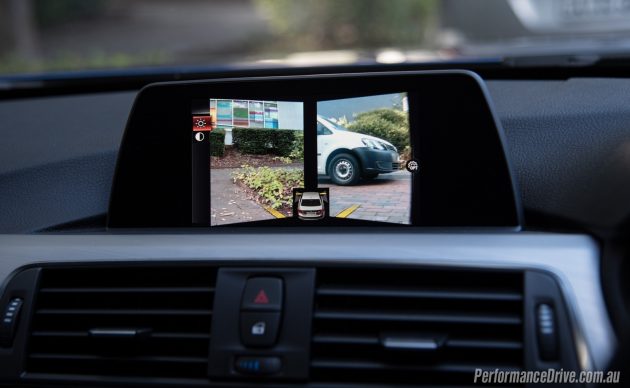 For decades the BMW 3 Series has be crowned the best driver’s car in the segment, and has arguably become one of the purest driving cars of all time – especially the earlier iterations. Okay, so that might be a bit bias. But we’ll try and use some facts to support this notion.

Firstly, the 3 Series is a lightweight vehicle. Despite all of the luxuries and creature comforts mentioned above, this example here tip-toes on the scales at just 1412kg (tare). The manual version is about 20kg lighter again. This is one of the main reasons why it feels so light on its feet and ready to play, because it is literally light on its feet. Lightness, as you probably know, helps in all areas of driving; speed, braking, agility, weight shift, body control, and power efficiency and economy.

Another prominent reason why the 3 Series feels good to drive is because BMW has held such a reputation for engaging and enjoyable steering and handling that it simply cannot afford to have this area anywhere but at the top of the engineer’s task priority checklist. If the 3 Series doesn’t have its handling, then it’s basically back into the wrestling pit with the rest of them.

For the 2016 model it’s difficult to find fault in the drive experience. The steering remains at the top of the class in terms of tactility and feedback (even though others are catching), and the suspension compliance, stability, and overall body control are sublime. For what has been regarded as the poor man’s BMW for years, the 320i is thoroughly exciting to toss down a mountain road. It feels honest and playful, like it really wants to be part of the fun, and even show you a few tricks. And it’s surprisingly quick. 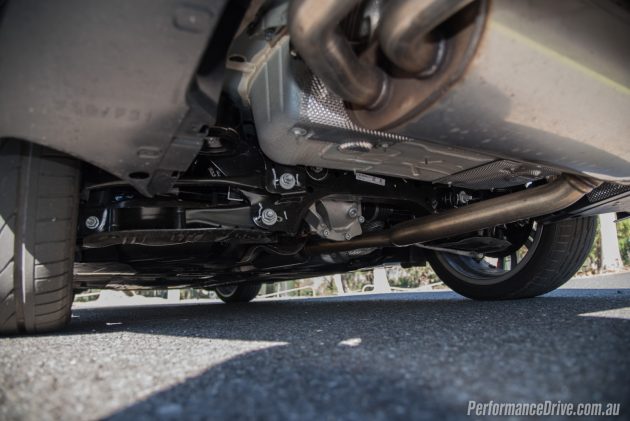 The 2.0-litre turbo engine bellows and farts with a distinctly sporty, baritone voice, providing a timed 0-100km/h sprint of 7.52 seconds. In-car punch is particularly strong for this engine class, with peak torque spread from just 1350rpm all the way up to 4600rpm. This means there’s always something there when you move the accelerator pedal. Using the Sport and Sport Plus driving modes noticeably sharpens up response and makes the car feel even more eager. Top-end performance isn’t going to blow your mind but it will soar on to very high speeds quite effortlessly.

Are there any flaws then? Styling is a subjective thing but we can’t help but notice the 3 Series doesn’t really stand out in this category any more. Not that it ever did, really. Some of the rivals are rather beautiful to behold nowadays. And some of the interiors are a big step ahead we think. 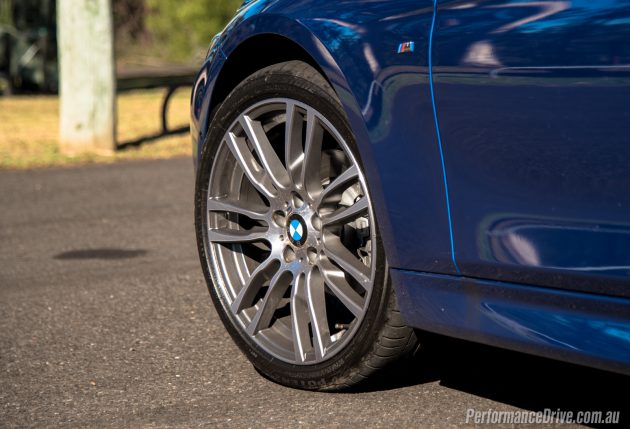 Also, we’ve never been a fan of run-flat tyres; BMW fits them to all of its mainstream models. With this writer recently purchasing a new BMW, we can tell you with long-term experience they do wear in a peculiar way. Run-flat tyres have stiff sidewalls. The tyre is specifically designed to withstand the weight of the car even when there is no air pressure. However, this reinforced sidewall does weaken over time with the general flex and movement of driving and cornering. We have noticed some pretty bad tramlining as a result, with the steering wheel pulling when you drive slowly over surfaces that aren’t level or flat. There is also the problem of the initial ride quality. Suspension compression and damper movements take care of the bigger bumps, but it’s the minor stuff, the road connections and coarse tarmac that you’ll feel. Above all else, they are bloody expensive to replace and cannot be repaired if you encounter a nail or screw.

The BMW 3 Series is no longer the most appealing mid-size sports-premium sedan on the market. Although 2016 has boosted value considerably, its design isn’t particularly alluring and the interior technology doesn’t set any benchmarks in the class. The main problem is, in our opinion, there are lots of very hungry competitors that are snapping at the heels of this veteran that it’s now at the point where they have caught up.

Jaguar’s new XE can be a more stimulating drive (depending on variant), and the latest Lexus IS 200t with its turbo engine is a package that’s almost impossible to dispute at its more affordable price range. As far as we’re concerned, the only reason you should go for the 320i is if you’re very serious about badge snobbery, and/or you regard the act of driving as a proper hobby of yours. Other than that, it’s up to you to check out the rivals to see what suits you best; almost all of them are good in their own way and offer compelling traits. It’s also worth considering the more powerful and more economical 320d M Sport (140kW/400Nm, 4.4L/100km, priced $1900 north of this).