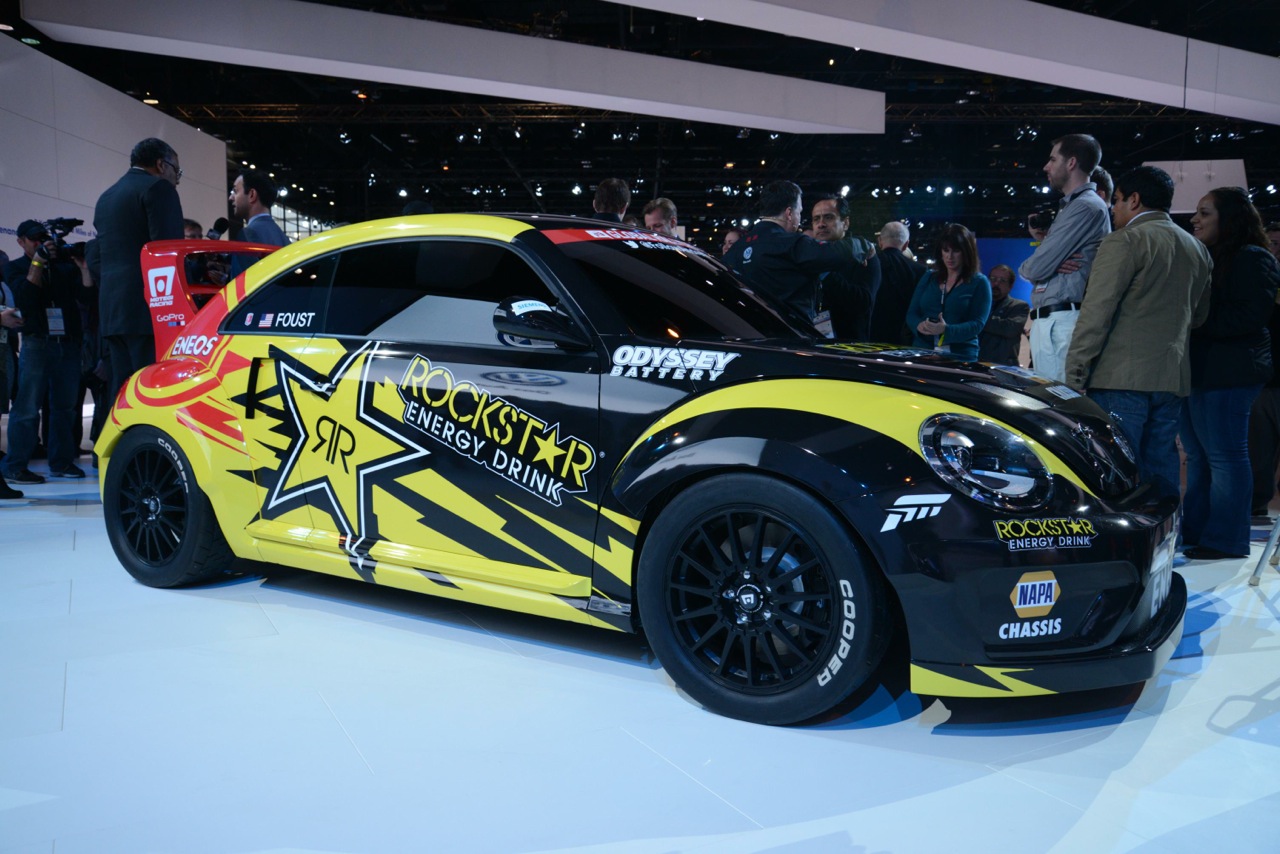 An insane Volkswagen Beetle racing car has hit the Chicago Auto Show, built by Volkswagen and Andretti Autosport. Called the GRC, it’ll compete in the Red Bull Global Rallycross series in the US driven by Tanner Foust and Scott Speed. 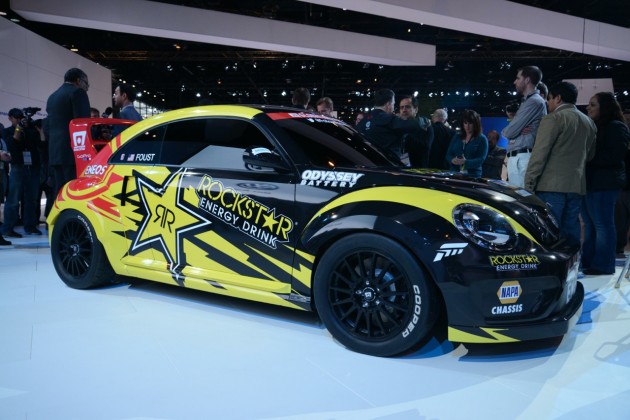 This thing is nuts. It features a heavily turbocharged VW TSI engine that produces a whopping 417kW of power. It’s backed up by an all-wheel drive system to help it translate all that power to the ground.

No other details have been announced for the mutant bug at this stage, however, being a Rallycross vehicle it is going to be built with plenty of race-ready components.

Check out the size of that rear wing for starters. It’s also likely to use a stripped out interior with a full roll cage setup and racing bucket seats, racing suspension and brakes, and a highly modified body. 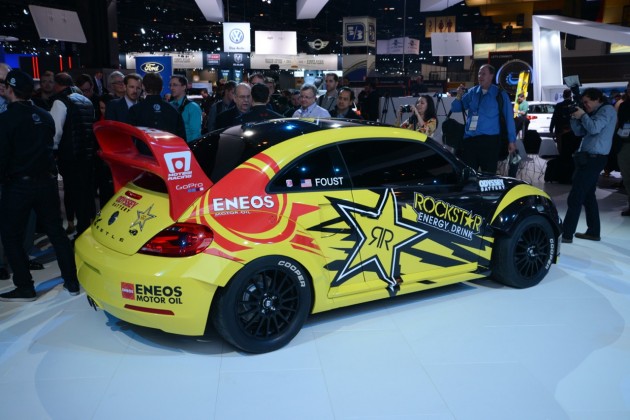 Rallycross is fast becoming one of the most popular forms of motorsport in the US. Cars compete inside a stadium-type atmosphere with huge crowds watching as the cars race on a mixture of dirt and pavement, and in the air over massive jumps.

Michael Horn, president and CEO at Volkswagen Group of America, recently spoke about the sport, saying,

“Red Bull Global Rallycross is the perfect form of motor sports for a youthful, exuberant, and growing brand in the US market. We’re excited to partner with Andretti Autosport, one of the great names in American motor sports, and delighted that we will be running the iconic Beetle in the series.”

The car will make its debut at the Summer X Games in Austin in June.